Girl Talk: My Hot And Cold Relationship With OKCupid

It’s that time of the year when people are having drinks outside, couples are PDA-ing, and I’m re-activating my OKCupid profile. I have a notorious reputation for constantly deleting and reactivating that damned profile. I believe in Internet love! No, I’m a misanthrope! I want to find my soul mate! Soul mates don’t exist!

You see, I’m a total serial dater. No, not a serial monogamist — I’ve only had one real boyfriend and he gave me a box of condoms for my birthday — but a serial dater. If you mindlessly click through a sea of ineligible bachelors long enough, it’s pretty easy to secure a week’s worth of dates. I pencil dudes in like they are doctor appointments. (Tom at 11 a.m. on Tuesday? Sure. Luke at 7 p.m. on Wednesday? That works. ) Some people suggest that I have the dating habits of an addict –– I need it! No, I totally can live without it! No, wait, I can’t! I’d like to say that I’m just filled with that thing called eternal hope.

The problem is, it’s pretty easy to find something wrong with everyone. John works a full-time job and just loves kickball, so naturally, he’s not creative. Jim is posing in a picture with his dog, so Fluffy will become a part of our sex lives. Mike can’t spell “definite,” and Steve is in a band and is unemployed. Dan seems promising, but only wants to bone. Mark loves me, but that’s creepy. Joe thinks I’m a workaholic, Josh called me out on being unsuccessful in my 20s (please tell me what success in my 20s is, Joe), Phil is practicing abstinence, Dennis doesn’t drink, Scott is a full-fledged alcoholic, Jared’s penis is deceptively small, Paul is really good looking until we got into bed, Michael can’t pronounce my last name, Seth says he hates Jews, Seth IS JEWISH, and I just gained 10 pounds from eating my feelings after a week’s worth of miserable dates, so now I have to delete my profile because I DON’T LOOK LIKE MY PICTURES ANYMORE. 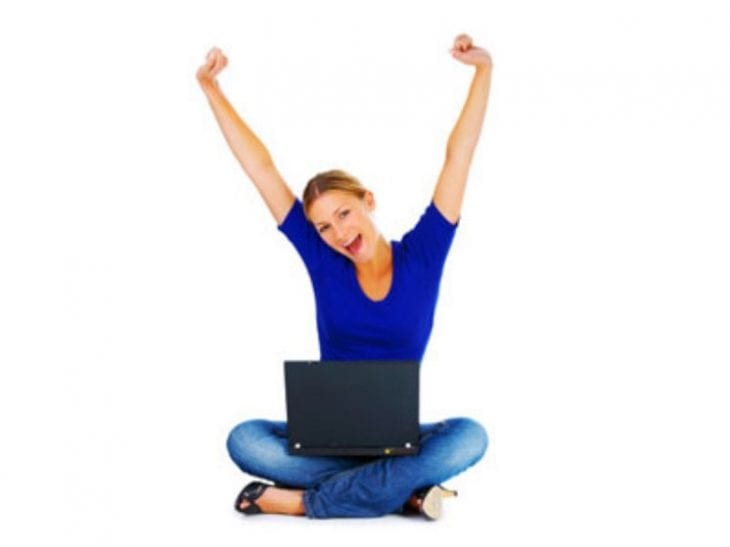 What’s wrong with me? Why don’t I like anyone? Why, internet, do you fill me with hope like a Disney princess on steroids when it’s all just a fallacy? It’s so easy to meet people, but so hard to find someone worth canceling my date with my Netflix queue for. But after so many nights of sweatpants and Netflix, not only is it time for a visit to my waxer, but I get a little lonely. So, I log on to OKCupid, click “reactivate,” and the vicious cycle begins again.

I have realized that the internet has created a perpetual cycle of disappointment and loneliness. In this electronic ocean, it’s impossible to be satisfied. But I’m also realizing that it’s up to me to generate standards. Like: look like your pictures, have a penis and at LEAST one thumb.

Let me expound on that — the standards part. I may not have stringent standards, per se, but I certainly have developed qualifiers, and I know what I consider unacceptable in a dating situation. I only could have gotten to that point by going on dates, so perhaps my hot and cold relationship with OKCupid is indicative of more than just my hot and cold personality, but is demonstrating that OKCupid is, in fact, doing something right.

Prior to making my first online profile, I had no idea what was okay and not okay by me. (I don’t like misogynists. WHO KNEW!?) My disappointment (or cynicism as some may call it), can be viewed as a sign of strength: it’s me recognizing that I won’t settle. I also have exchanged the usual “Does he like me?” for “But do I like him?” Someone calling me after a first date is no longer a reason for me to stock up on lacy panties. I know all of this because of OKCupid. 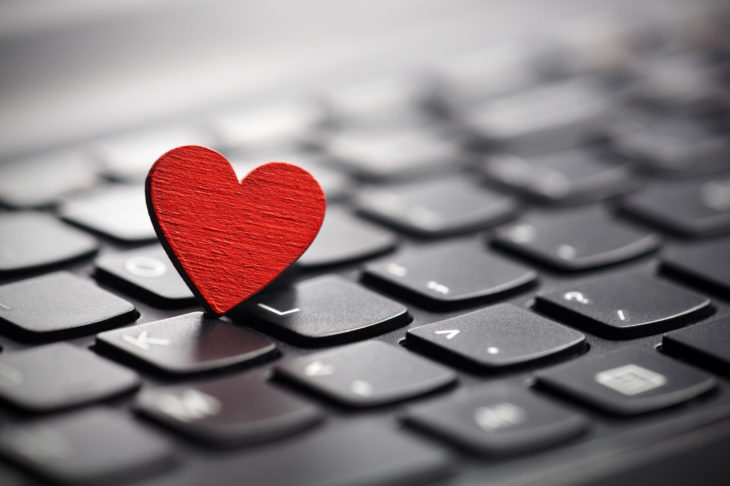 So, if deleting my profile is a testament to my new, more solidified sense of self, then perhaps reactivating my profile is demonstrating something even bigger: the ability have hope against all odds. Every time I put myself out there yet again, I’m making myself vulnerable, which is downright scary. I still have managed to maintain that wide-eyed sense of optimism, despite all of the disappointment. And — I’m about to wax philosophical here — you can only get disappointed if you were had hope in the first place and you can only delete if you were vulnerable enough to activate in the first place. Therefore you can only reactivate if you ever deleted, which is the equivalent of getting back up after crashing head, heart, or vagina first into a bad date.