“You would be in better shape if you had a German wife,” I tell my husband.

I’m sure this is true. Not only do the Germans have a fondness for fitness, but they generally don’t take a lot of shit. As an American, I am more susceptible to his feeble pleas that pizza has been classified as a vegetable, and both our waistlines suffer for it.

“You would be the funniest person in the relationship if you had a German wife,” I tease him.

Though the famed German lack of humor is largely untrue, sarcasm is their kryptonite. After shaking out my soaked umbrella, I tell a co-worker,“Great weather, right?” only to be met with a blank stare followed by a ten minute discussion about European weather patterns. Clichés are based on truth sometimes, OK?

“You would have traveled more if you had a German wife,” I say.

Every time I get my travel brag on, a German casually tosses in their last trip to Tunisia or say they have literally been to Timbuktu. Timbuktu?! I didn’t know that was a real place.

“You would never have to see the Ausländerbehörde again if you had a German wife,” I tell him. 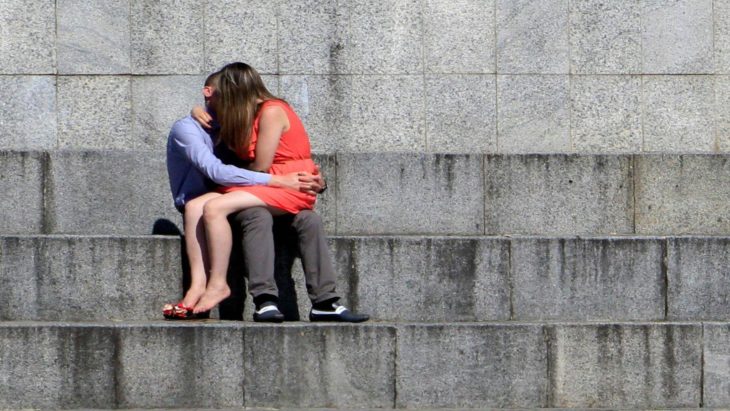 The foreigners’ office, a word I can barely pronounce, is currently an every six-month trek to have our motives for being in Germany thoroughly examined. It’s not that the questions aren’t ones I haven’t asked myself, but they seem so much difficult to answer with an official bureaucrat barking “Why are you here? What is our purpose? What do you want to accomplish in Germany?”

We are usually rewarded with an inexplicably short six-month visa extension. (Get it Germans? Sarcasm.) After more than three years, this is more of an inconvenience than a real problem, but we have seriously considered divorcing and marrying a nice pair of German citizens to avoid the agonizing process.

As two Americans abroad, it is easy to imagine our expat problems could be solved if our partner was different. Love is tricky enough without throwing a 5,000 mile move into the mix.

More terrifying is when I take living abroad out of the equation.

“You would have a whole herd of children by now if you had another wife,” I worry aloud. “You would be living in your hometown, close to your friends and family, with a higher paid position, room for promotion and you would have enough kids to field your own basketball team.”

Would they literally have a picket fence? What would they name their kids? Would they be happy? I can see them, my husband and his imaginary wife, living out the American dream without me. 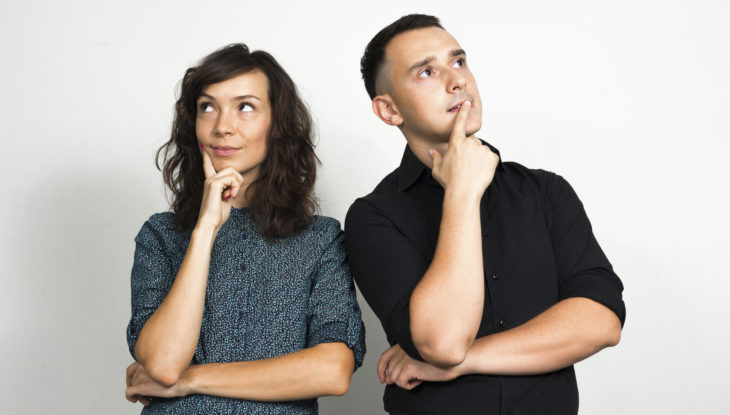 What I don’t ever joke with my husband is about the life I sometimes imagine if I had married someone else. His annoying habit of creating Flaschenwalds (beer bottle forests) that threaten to devour our flat could be swapped out for a husband who prefers to share a nice bottle of red wine with me. His attachment to bro-centric comedies could be traded for a husband that wants to watch black and white classics. His frat-y history of beer bongs, real bongs and cargo shorts could be exchanged for a European husband who vacations in the Alps and knows how to accessorize. Instead of texting while on the toilet, my imaginary husband would write love letters…or just not text in the bathroom. And forget him not having to deal with the Ausländerbehörde! In my imaginary marriage, I would never again see those paper-pushing sadists again.

I look at my real husband, sitting on the couch, stacking his beer bottles, and think these dark thoughts about my life without him. I know it is useless to think about what might have been, but sometimes it’s so easy to imagine.

And then he looks over at me and laughs. Laughs at the stupid things I say about his imaginary wife, his imaginary life. He laughs and tells me he loves me and I believe him. I hug him back and feel how real this is, how this moment, this life, is so good I couldn’t and wouldn’t trade it in for another life, no matter how good it looks in my imagination.

So You’re “On A Break” With Your Boyfriend — What Are The Rules?

11 Ways To Show You Love Your Body