Girl Talk: My Husband Paid Off My Loans, Now I Feel Indebted

Recently, a wonderful, terrific, incredible thing in my life happened, but I’m still having a little trouble embracing the good news. Two weeks ago, my husband of four months dipped into his life savings and paid off the remainder of my student loans. This was no small feat, of course; the amount left on my loans for graduate school were big — enough to finance a luxury car, or an extended trip around the world, or serve as a down payment for a small New York apartment.

Instead, Drew, my husband, used the money to pay off a debt I’d accrued before I even met him, a debt I lost plenty of sleep over wondering how I’d ever crawl out of. That, in the end, I had this modern-day version of a knight-in-shining armor come rescue me, the damsel in distress, is something that’s stirred a complicated mix of emotions in me, most prominent among them gratitude, but certainly a large dose of guilt and shame as well. 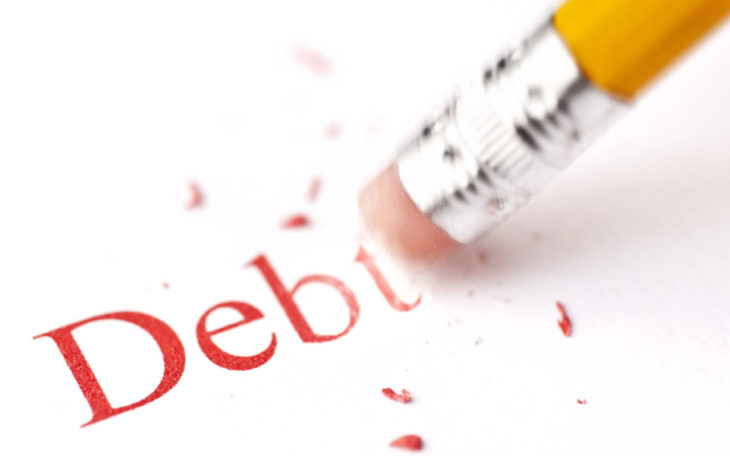 Back when Drew and I were just talking about marriage and no proposal had been made or a ring slipped on my finger, I made sure he understood what kind of “liability” he was dealing with. And a liability was exactly how I saw myself. Financially, the only thing I could bring to a marriage was a big negative. In addition to student loan debt, I also had quite a bit of credit card debt, too, from the months of unemployment I’d been forced to live off plastic. With an M.A. in English and a desire to make a living as a writer, of all things, I knew my earning potential was certainly limited. I also realized I’d likely be paying off debt for many years to come, and the financial contribution I could make to a household would be relatively small. Sure, I could offer companionship, love, trust, humor, intimacy—even my amazing banana bread—but you can’t hang your hat on that stuff; you can’t pay a mortgage with knowing smiles and baked goods. And as much as marriage is built on the things I can offer in spades, in the end it’s a financial institution, it’s a merging of finances, and I’m a liability.

But Drew was steadfast. He wanted to marry me despite my debt, and he proposed. Before the wedding I managed to pay off my credit card debt and felt proud of that small accomplishment, but the amount of my remaining student loans still weighed on me. I worried that in this economy I could find myself unemployed and wouldn’t be able to manage the minimum payments. I worried about having kids when I still owed so much money. I worried that my debt would hold Drew back from the prosperous future he deserves and that one day he’d regret marrying me.

“I don’t want you to worry anymore,” he told me shortly after the wedding. “Will you let me pay off your student loans?” The question came as a surprise — until a few weeks earlier, I didn’t even know Drew was in a position to pay them off at all and I still hadn’t imagined such an offer. “It was my plan long before we even got engaged,” he told me. “I always knew I wanted to pay off your debt once we married — I just didn’t want you to feel weird about it.” 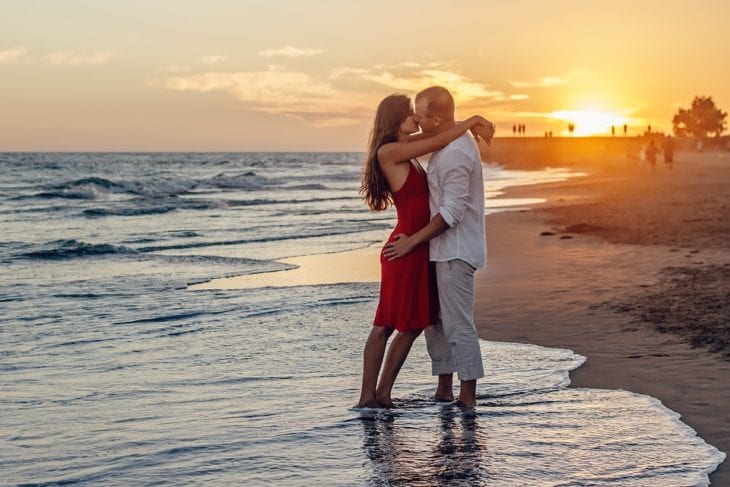 Here’s the thing I learned: feeling weird outweighs feeling worried any damn day of the week. Yeah, I feel a little weird that my husband paid a large sum of money shortly after we married, like some odd kind of reverse dowry or something. I feel weird that as an educated, 33-year-old independent woman, I didn’t take full responsibility for my own bills. I feel weird that in letting my husband pay off my debt I might be reinforcing archaic gender stereotypes. But both of us knew all along that once we married, our finances would merge.

His money would become our money; my debt would become our debt. It’s something I warned him about. It’s something he married me in spite of. So, “weird” as it was to let my husband pay off my huge student loan debt, it would have been weirder to continue paying the exorbitant interest rates each month when we had the money to pay the whole thing off immediately. I let my husband pay off my debt and now we get to start our marriage with a clean financial slate. Instead of paying hundreds of dollars a month towards my debt (I was paying more than double my minimum for the last year), I can add that money to my household contribution. Yeah, I feel a little weird about it all. But mostly? I feel incredibly grateful that after so much anxiety about love, money, and my future, things finally seem to be falling into place.

Just when I thought I was out of the hole, it seems now I’m indebted to the universe.