Girl Talk: My Name Is Fancy, But Me? Not So Much

There are two main versions of my name story. The first is the one I like telling, which is that I was named after my grandmother’s best friend, Charlotte. It doesn’t make any sense, I know. But it’s better — although I suspect less accurate — than the second version, which is that my mother was reading a magazine while sitting on the toilet (apparently this was an important detail), and came across an ad for Chanel perfume. Hence, a difficultly-named troublemaker was born.

I hate my name. Okay, that’s not fair. I have a complicated relationship with my name. For a long time, I just wanted to be named Jen, or Rebecca, or anything but Chanel. (I’m an only child, so there’s no one to compare names with, no sibling with an equally complicated name.) Teachers went into a full-on, sweaty panic when they saw my full name, and kids seized upon me with gleeful cruelty, creating every permutation you can think of and referring to me as such. Recently, when I was signing into the apartment building where I was cat sitting, the doorman informed me that my name was “not spelled that way.”

It’s a weird name, and it wasn’t until I was old enough to appreciate being weird that I’d stop wishing for a generic name.  Both my mother and grandmother, who raised me in tandem and are now both dead,  were stylish and perpetually shopping. It was from them that I learned not to leave the house without lipstick. My grandmother had a bottle of Chanel No. 5, which was perpetually full. She’d unearth it from her dresser drawer sometimes, and I’d smell it, but it was too strong so I never wore it. Sometimes, when we’d go to department stores, I’d walk past the perfume counter and look at the bottles and then at the neat, sleek sign that said my name. 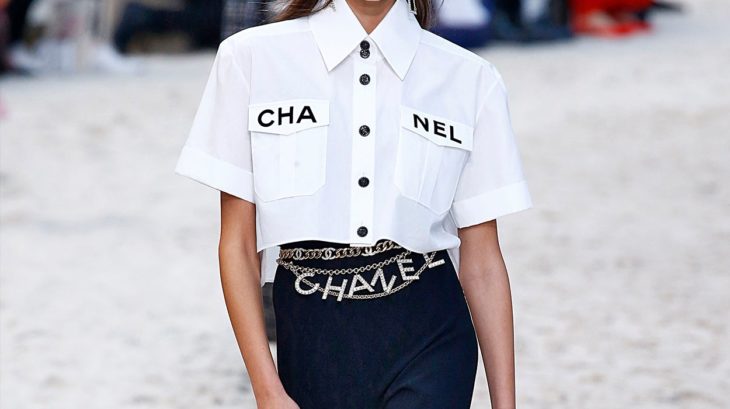 The irony of having this fancy name has not escaped me, especially since, whether or not she knew it, my mother was saddling me with something hefty beyond spelling difficulties. People like to respond to my name by volunteering weird, possibly untrue information about Chanel. She maybe had a tryst with Hitler and was probably a Nazi agent. (More irony, because I’m Jewish, but I couldn’t substantiate the Hitler claim.) She was notably homophobic. She did a LOT of tanning.

On occasion, I do think of it as a lovely gesture, to give your daughter the name of a woman who made a career out of creating beautiful things (even if that daughter grows up to be someone who wears the same pants every day). My mother wanted me to be lovely and poised and painstaking when it came to my appearance. She would pick out her clothes the night before, iron them, try them on, shoes and accessories included, and ask me how I thought she looked. She wore bright colors and kept her hair cropped short. In the pictures I have of us together, she’s dressed like she thought about it — a lot. I look like I just remembered to get dressed. 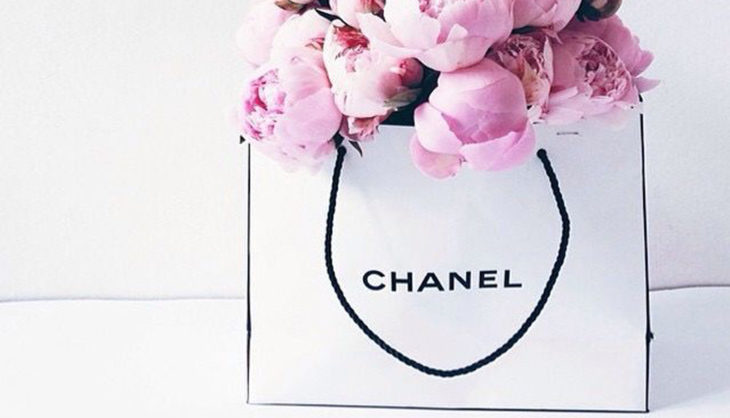 Back when I just wanted to be called Sarah, or Trisha or Penny or ANYTHING ELSE, I thought about changing my name. My mother had considered going back to her birth name after she divorced my father, and for a while, I had the option of losing my last name and taking what would be her new one. She didn’t do it, though, and by the time that conversation was over, I had pretty much broken with the idea of changing any part of my name. I’d grown into, whatever that meant, the way I’d grown into my glasses and my kooky imagination and my opinions (read: feminism). It was a rebellion to act contrary to the sophisticated associations with my name, but it was more intense, probably, for my mother to see me rejecting the life she wanted me to have. Her read on feminism was that independence was good, but only in theory. It was important to play along so you could get married, because being alone for women was hard. (She knew this from experience.)

I wish, in some ways, that she could see me now, living this life with my crazy name. I would ask her again what she was thinking when she saw it in the magazine, and what she thought when I was born, how sure she was that it would be the right name, if she thought she could trust me with it, if she imagined what and who I’d become… As much as you can imagine anything.