Girl Talk: Why Do Girls Slut-Shame Each Other?

There’s that scene in “Mean Girls” where Tina Fey, exasperated by the high school antics, shouts, “You’ve got to stop calling each other sluts and whores. It just makes it okay for guys to call you sluts and whores.” I had just graduated from high school when the movie came out and sitting in the theater, I couldn’t believe how much this line resonated for me. All of a sudden, I was transported back to those halls I’d just escaped. I could hear the cool girls greeting each other at their lockers with the words, “What up, sluuuuut?”

Reclaiming words like bitch and slut may have started as something political, something third wave feminist, but the words ended up in malls, emblazoned in rhinestones on baby tees at Deb and Rave.

Once, I was standing at my locker when a gust of wind blew my hair. Suddenly, I felt the sting of knuckles smashed into the side of my face. I toppled over and fell, confused on the floor, as the word “sluttttt” trailed off in the distance.

And while this may give the impression that younger people have been embracing some version of sex positivity—or hedonism, depending on who you ask—sexual repression has not been replaced with sexual liberation. Instead, we have both promise rings and “Girls Gone Wild.” When we’re young, we receive the very mixed message that you need to be sexual—at least, sexy—but that being a slut is still bad. And I think Ms. Fey had it right. I know the worst slut-shaming I received in high school came from other girls. It’s as if somehow, we become the policers of our own Catch 22. 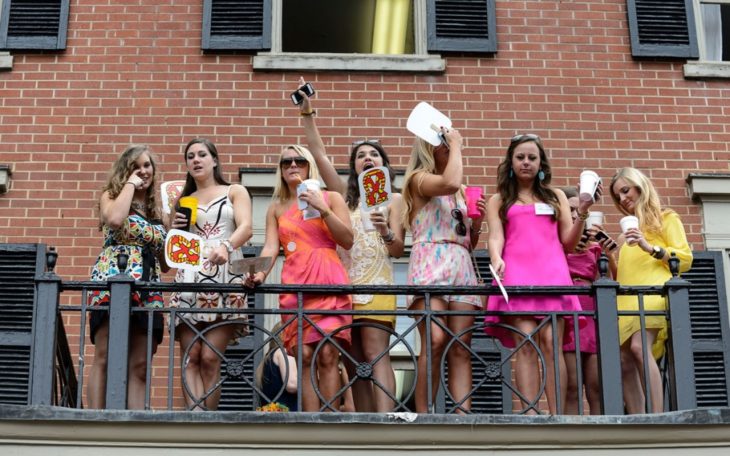 In high school, I didn’t fit in with cheerleaders and my choice of friends (lunch time cigarette smokers) and clothing (RIP Gadzooks) earned me that title of “slut.” In reality, I had barely hooked up, though I’d mastered the art of feigning experience when talk of penises or making out came up. See, you didn’t want to be a virgin—that wasn’t cool. But somehow, I’d managed to tip the scale too far in the opposite direction. The result: each morning when I walked into the gym, I’d scamper hurriedly, trying to avoid the onslaught of the word “sluuuuut” being yelled in my direction. And this was not in that “friendly greeting” way.

Fights were always a hair-flip away. I had no idea how to throw a punch and tried to avoid physical altercations by taking in the verbal lacerations as if I were a mannequin. But it didn’t always work. Once, I was standing at my locker when a gust of wind blew my hair. Suddenly, I felt the sting of knuckles smashed into the side of my face. I toppled over and fell to the floor, confused, as the word “sluuuuut” trailed off in the distance.

When I was 14, my mom told me that girls in high school could be cruel. “One time, I wore pigtails to school,” she said, “and a girl called me a dog.” My mom had gone to the same high school I did. Had things really gotten that much worse? 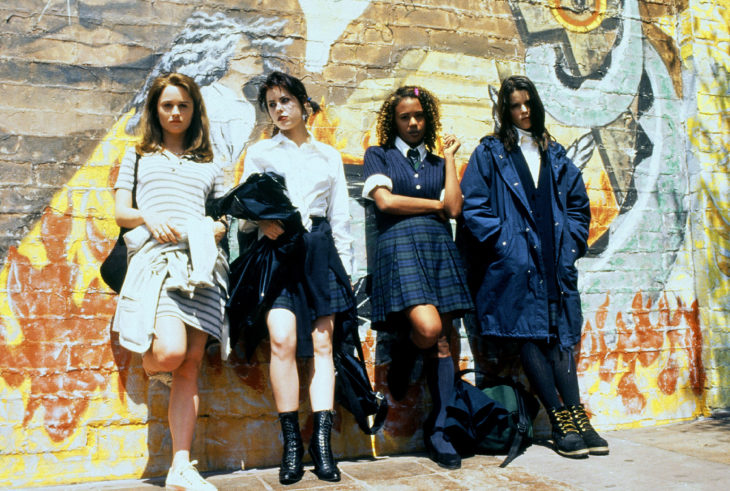 What was so confusing to me was that the girls who called me a slut, the ones that started rumors I’d slept with multiple guys in one night (something that had yet to strike me as even possible), were also labeled “sluts” themselves—and their reputations were a few grades above mine. Were they reenacting their own bullying? Were they playing out unconscious feelings about their own sexuality? Were they just fearful my friends and I would steal their boyfriends? Was it a bubbling over of the same insane standard—slutty, but not too slutty—that caused them to police the line in other girls? I still don’t know.

When my group of friends decided to exile me sophomore year, the bullying reached a peak. Now, school was impossible. I tried to dart through the halls, but the ring of each class bell meant that I was going to face five minutes of torture, girls yelling at me and pushing me as I tried to get to my next class. And even that didn’t mean safety. One of those girls might be in the class, still whispering threatening words my way. And here is the real problem of slut-shaming amongst teenagers—kids who are bullied in this way can’t go to adults for help the same way kids being bullied for more “favorable” behavior (like being smart or nerdy) can. I faked sick, unable to face the abuse. But when my mom asked me what was wrong, I couldn’t bring myself to tell her. How could I explain it? 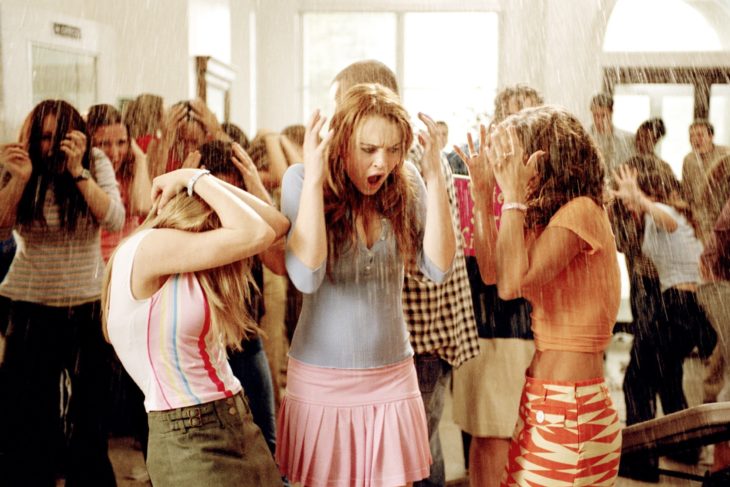 And it did get better. I got through high school by focusing on art, by becoming the “goth girl,” which I think made me too weird/unattractive to be called a slut. But even now, I realize that slut-shaming amongst women is not a thing of the past. It just looks different.

There is a certain amount of policing among adult women. To be friends with smart, savvy intellectual women, I feel a pressure to present myself a certain way—to not dress too sexual, too femme. To fit in with women, I shouldn’t flirt too much or go home with too many men. And this is the code of the open-minded, the “lefties” who are accepting of different sexualities and who are largely secular. The mixed message now seems to be more vague: sexuality is something to be celebrated, but don’t be too much of a sexual person. Or at least, don’t let it show.

I don’t know how to change this. I’m not sure how to make sure every woman can be their true sexual self without being judged or harassed for it. So I guess for now I’ll just be happy that the locker shoving is over.

What was your experience with the word “slut” in high school? And now? Have you ever been slut-shamed by another girl or woman?

Pucker Up, Pooches, With The School Of French Kissing For Dogs