Girl Talk: Why I Had Breast Reduction Surgery

My birth control is ruining my figure. It’s not so much the extra pounds the Pill has added to my frame — seven pounds, if we’re counting — it’s the extra cleavage that I can’t stand. I know most women would kill for overflowing bra cups. If you’d talked to me twenty years ago, when I was stuffing my bra with gym socks and then admiring my womanly profile in the mirror, I’d have balked at the idea big boobs would be anything other than a gift from God.

But that was before my breasts inexplicably grew three cup sizes during my sophomore year of high school, and I became a school-wide, overnight sensation the day I demonstrated my jump-roping skills in gym class. Could there have been anyone more clueless and insensitive to the woes of teenage girlhood than a middle-aged, male gym teacher?Three years later, I’d had enough. Enough of the stares, enough of looking ten pounds heavier than I was, enough of the backaches, the neck aches, and the sore shoulders. And don’t get me started on the specialty underwear stores I was resigned to shopping in, where women wrapped archaic measuring devices around my chest, and declared sharply in thick Russian accents, “34-F!”, before handing me a pile of unflattering granny bras.

“I’ve decided to have breast reduction surgery,” I informed my parents.

I was 19, in college, and on my parents’ health insurance plan. I’d done my homework — I knew if I could find a doctor to declare my surgery medically necessary, insurance would cover up to 80-percent of the $18,000 procedure. I had almost $5,000 in savings from my grandparents, who’d invested in CDs every birthday since I was a baby, and that would more than cover the remaining costs. I could have the surgery during my Christmas break, recover, and stock up on tight shirts and lacy numbers from Victoria’s Secret by the start of the spring semester.

“I’m not sure this is the best idea,” my mother replied.

So my parents did what any parents of a stubborn young woman with big boobs would do. They helped me find a great plastic surgeon. The day I met the doctor, my grandmother came along, accompanying me in the exam room for my consultation. Later, she told me any reservation she’d had about someone so young making such a drastic alteration to her body was immediately assuaged when she saw my girls in the flesh.

“They hung almost as low as mine!” she exclaimed.

And she was right; they did. 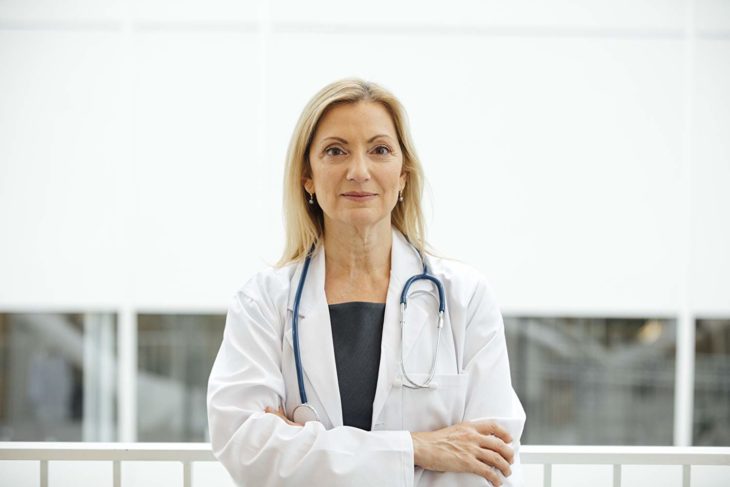 Post-surgery, the doctor visited me in my hospital room. She’d removed two-thirds of each boob, she informed me. She told me I’d be in pain for a few days, swollen for a few weeks, and have light scarring around my areolae and under my breasts forever. Sometimes people ask me about the scarring, or if I regret having the surgery. I always shake my head. “No way,” I say. the scarring is minimal, but even if it weren’t, even if, God forbid, I came out of that experience looking like some sort of science experiment gone wrong, it would have been worth it.

Breast reduction surgery removed seven pounds of boobage from my body. That’s, like, an Olsen twin’s worth of ta-ta’s. To this day, even as the Pill’s hormones threaten to push me back into D-cup territory once more, I can’t wrap my head around just how large I used to be. In the 13 years since my surgery, I’ve gotten used to clothes fitting the way I want them to, and people looking me in the eye when I talk to them. My doctor warned me that my breasts wouldn’t always stay petite and perky, that age and lifestyle changes — like pregnancy, or eating too many burritos — would alter their size and shape. What she failed to tell me, though, is how betrayed by my body I’d feel when my breasts started making a comeback. The good news is support bras have come a long way since I was a 34-F. I prefer the lacey ones.

Mind Of Man: When It Comes To Breasts, Bigger Isn’t Always Better

Finally Some Good News: HPV Vaccine Has Been Incredibly Effective