Mind Of Man: When It Comes To Breasts, Bigger Isn’t Always Better

In a recent Sunday edition of a Gotham City newspaper, The Frisky’s very own Vixen of Verbiage, Simcha Whitehill, wrote about a new scientific study that suggests three cups of coffee a day can cause a woman’s breasts to shrink. Bravely, Simcha refused to give up her morning cup of liquid caffeine, even if it meant her rack might decrease in size from voluptuous to less voluptuous.

The study struck a nerve with women, who are as obsessed with their breasts as men are. And women are equally obsessed with the perceived male obsession over breasts. And we are obsessed. All men love boobs; we can’t help it. Before seemingly sensitive and enlightened male readers lambaste me for my sweeping gender generalizations, let me just say: Shut up, dudes. You love boobs, too. Even those of you who signed up for, and thoughtfully participated in, Women’s Studies classes in college … You just did it to pick up hot, feminist nerd girls.

The truth of the matter is that when it comes to sweater kittens, size doesn’t matter to men. Personally, I prefer perky, peach-sized boobs over a more mammoth mammary. Even mosquito bite-sized ones are a turn-on and have their charms. 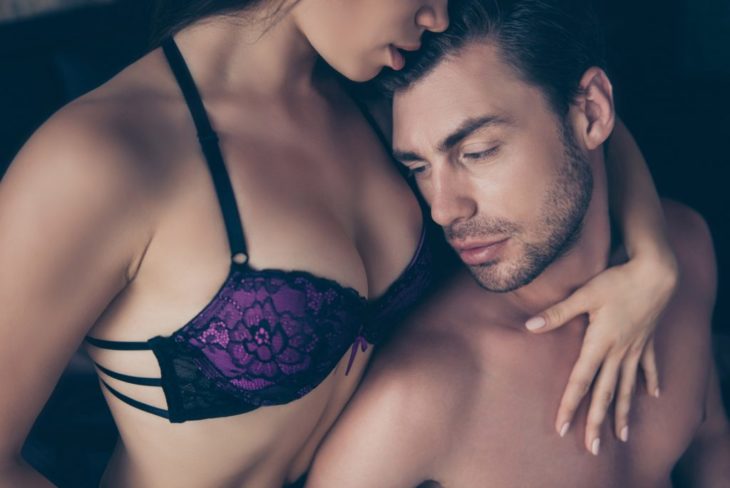 This study preyed on a common female insecurity: small breasts. Would you give up the juice that gets you going in the morning in order to keep your breasts from getting smaller? Men hate tiny ta-tas, right? Look at the cover of BRODAWG Magazine! Of course, when it comes to the male anatomy, it’s the bigger the better. Imagine a study that revealed drinking beer would make men penises shrivel. Men would freak. We know the truth, no matter what you tell us. Size matters.

The truth of the matter is that when it comes to sweater kittens, size doesn’t matter to men. Personally, I prefer perky, peach-sized boobs over a more mammoth mammary. Even mosquito bite-sized ones are a turn-on and have their charms.

And I think a lot of other men would agree. Most guys prefer smaller cups and are grossed out by manufactured breasts. I’m a Texan, and I will say with authority that when it comes to cup-size, bigger isn’t always better.

So, go head, ladies. Drink your coffee. Shrink your orbs of glory. I don’t care. Perky breasts, especially those that are mouth-sized, are pretty damn sexy. They that are more sensitive to the touch, or the lick, or the playful nibble. I mean, who doesn’t love lady lumps that are classically alluring; as seen in museum oil paintings of pale-skinned goddesses with flowing locks, a hint of a pot belly, and, of course, smooth little hooters that kind of stand up and say, “Hello!”

Do men really have so many micro-opinions about female physical attributes that turn them on? Yes, we do. Get more than three men together and ask them about their nipple preferences. We can debate the matter for hours. But before anyone overreacts and reminds us women aren’t objects, let me defend my gender. Most guys aren’t brainwashed by how our culture defines beauty. Most men find the entire spectrum of femininity attractive – we like all types. All kinds. Skinny, chubby, brunette, blond, big posterior, small breasts. Not to further objectify women, but when guys talk about what is sexy about women, we do it the way fat kids talk about ice cream. Fat kids love all ice cream – but some prefer Tootie-Fruity to Cookie Wad Chunk. 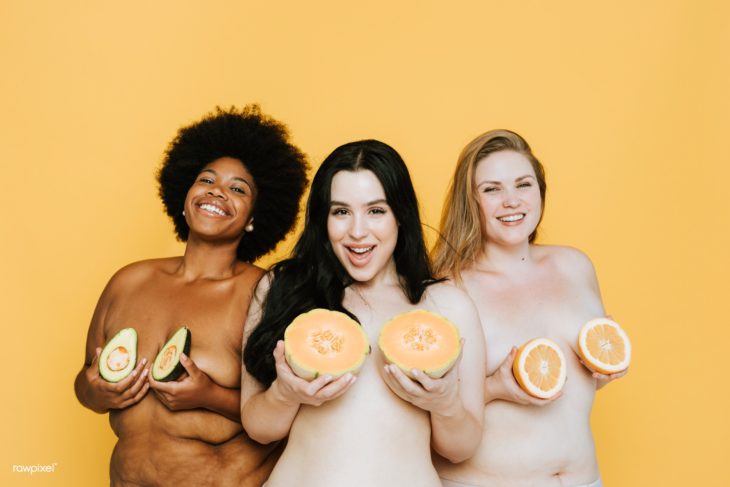 I’ve dated women who stare disapprovingly at their breasts in the mirror. Who stuff their bras with those weird jelly-like cutlets, or who seriously consider getting implants. And whenever that happens, I have to remind them that most guys don’t want to date strippers with cartoon honkers. Real guys don’t want Pamela Anderson.

Perhaps the long-ago popularity of saucy, vaudeville sexpot May West and her giant rack directly paralleled the lean, frugal Great Depression in which she rose to national prominence. Some scientific studies suggest that during economically insecure times, men gravitate towards women with more generous cleavage. I won’t dispute that, not from my armchair. Breasts haven’t always been sexualized, seeing as their use as objects of sustenance is implanted into the male subconscious.

I understand why some men want to be smothered by gigantic boobies. But do not fear your lattes, ladies. We don’t care; in fact, some of us want to be the first to buy you a refill.

What to Expect from Amsterdam Coffee Shops?

Girl Talk: Why I Had Breast Reduction Surgery

How to Educate Yourself Before a Breast Reconstruction...