Everyone loves a great outdoor barbecue. It is the time when guests can happily relax over a family-friendly meal. But when you fire up the grill and prepare for a day with all your favorite people, there are some things you should know.

Grilling involves more than just plopping a few steaks over hot coals and without a good grill you won’t be able to break an egg. Luckily, at BBQGuys you can find all types of grills from gas, pellet, kamado, charcoal and have an option to compare; making it easier for you to choose the right one for your needs.

While you learn the art of grilling, it is important that you don’t fall for the myths that many people believe. Here are some of the common misconceptions about grilling.

1. Sealing In The Juices

The general assumption is that if you sear the meat first, you seal in the moisture. The reality is that as soon as you place that meat on the hot grill, the sizzling sound immediately emanating from it is the moisture escaping.

You are not locking in anything. Don’t assume that if you sear the meat, you can keep it on the grill for longer. It is better to learn different methods to determine the temperature of the meat or get a thermometer.

Just knowing this can help you tell when the meat is ready to be served. Go here for a guide on the best gas grills under 400 dollars. 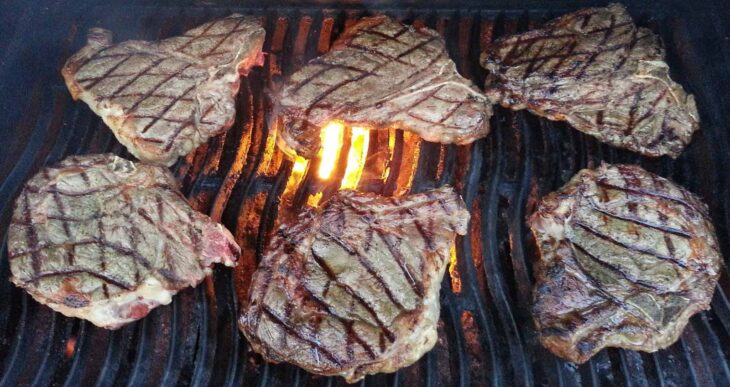 Contrary to popular belief, cooking a chicken with a beer can does not add more moisture.

Chicken needs to be cooked to an internal temperature of 160F. The beer will boil off long before it ever has a chance to penetrate the chicken.

The chicken’s real flavor comes from the browning process, which can be done when you stick a beer can in the cavity while cooking.

3. Soaking Wood Chips To Keep Them From Burning Too Quickly

Aside from the fact that soaked wood chips produce a lot of steam, which will lower the temperature of your fire, they don’t give you any extra flavor.

Also, the quality of your smoke will be less favorable with the production of steam in the fire.

Ideally, you want to see thin blue smoke produced only with dry wood, a scorching fire. 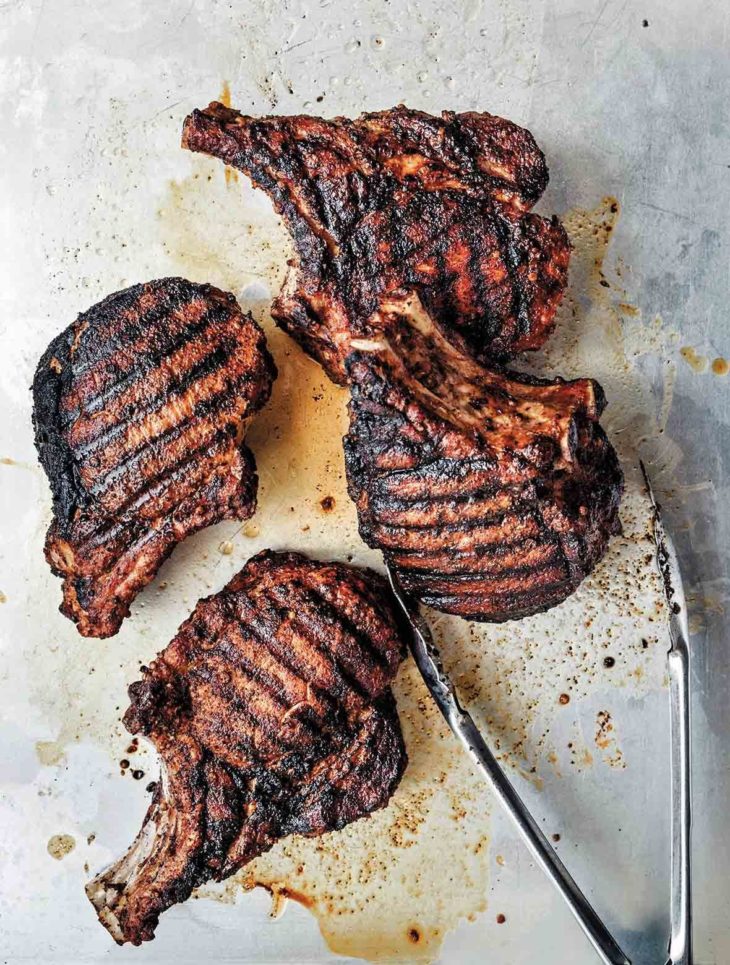 There are several different ways for you to check for doneness. Some are afraid that if you cut a small piece off the tip, the juiciness will run out and ruin the meat.

However, cutting off a tiny sliver of the meat may not be as aesthetically pleasing as you’d like but the flavor and juiciness will still be there.

If it makes you feel uncomfortable, press the meat to see if it is the right temperature or get yourself an instant-read thermometer.

5. Lifting The Lid Will Slow Down The Cooking Process

The general idea is that if you’re lifting the lid to check the meat, you are slowing down the cooking process.

However, it is the heat that cooks the meat, but the fire can only cook the outside. The heat from the outside then slowly flows into the inside and cooks the inside.

So, opening the lid will have a minuscule effect on the internal temperature, so it can’t slow down the cooking process. Good grills, like the ones the Outdoor Cooking Pros recommends, are also able to retain or bring up the temperature easily, so there is no delay in cooking the meat. 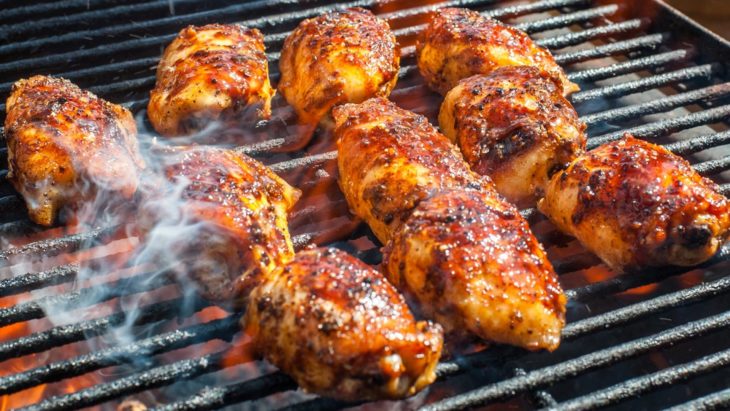 6. The Longer You Marinate The Better The Flavor

The belief that if you leave the meat in the marinade longer you’ll get a deeper flavor.

However, marinades can only penetrate to a depth of about 1/8” below the surface.

The rest of the meat is heavily saturated with about 75% water leaving little room for the marinade to get through.

7. Only Flip Your Meat One Time

When you flip your burger only once, you can char the meat well, but the temperature of the fire can climb much too quickly.

Flipping several times allows for the crust on the outside to develop. It can also keep the internal temperature under better control, so you have a more even cooking. 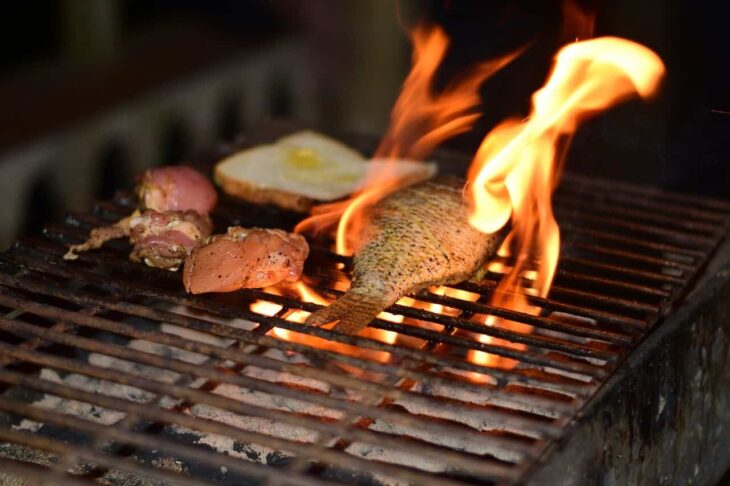 8. Ribs Should Be Parboiled

Ribs are usually a tougher cut of meat, so many believe that simmering first will tenderize them.

However, by parboiling, you are allowing much of its flavor to seep into the water. A better way to tenderize ribs is to roast them in a warm, dry oven before putting them on the grill.

9. The Pink Juice Is Blood

The pinkish red juices that spill out while cooking the meat is a chemical reaction because of the presence of the protein myoglobin which is not found in the bloodstream. Many people mistake it for blood which leads to an overcooked steak as they try to cook the blood out.

If you use a little common sense you wouldn’t have been a victim of this myth, because the actual blood of an animal is red or blackish red, not pink. 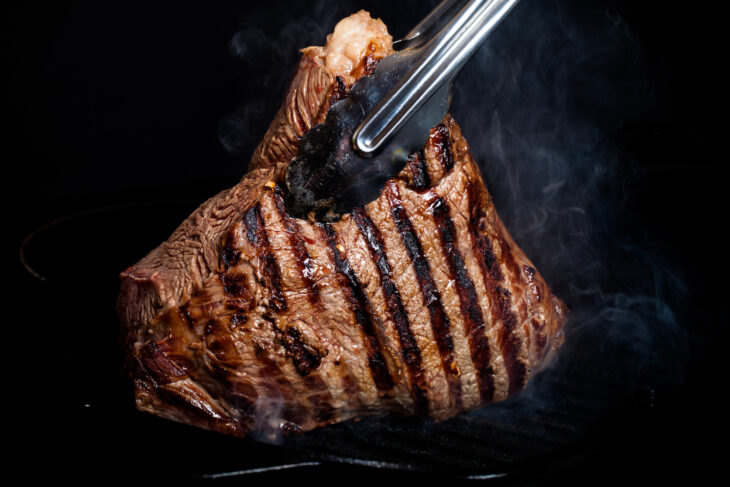 10. Bringing The Meat To Room Temperature

Another nonsensical myth is to let the meat come to room temperature before putting it on the grill, believing it will cook the meat faster. Not only does this take up hours depending on the cut and thickness of the meat, but it could also expose the meat to potential bacteria, and some bacterias double up every 20 minutes.

So, instead of wasting your precious hours and consuming bacteria-infested meat, just cook the meat as it is.

You must learn to avoid the traps of many deceiving myths out there if you have any hopes of being a master griller.

By learning the real science behind grilling, you can be the true master of your outdoor kitchen.

The Truth Behind Some Of The Most Damaging...