“I was always daddy’s little girl. We did everything together. He was my hero. My father was always there with a hug for me; when I was little, he let me climb all over him like he was a jungle gym.
And then my body changed. I developed early; I had boobs by 11. And all of a sudden, my Dad stopped hugging me or touching me. He went overnight from being my best friend to being remote and critical.”

I read that in a student’s journal earlier this semester (quoted with permission). I’ve read and heard similar things countless times over the course of nearly 20 years teaching gender studies and doing youth ministry. Ask any family therapist who works with teen girls, and they’ll report the same thing I’ve heard: story after story of fathers withdrawing physical affection as soon as their daughters hit puberty.

The reason we should hug our daughters … has to do with reminding them that no matter how overwhelming the changes of adolescence may seem, a father’s love is a constant in the midst of what seems like daily upheaval.

Most fathers won’t explain what’s changed. Many of my students report their fathers simply said, “It’s not appropriate anymore” when they were asked why they’d stopped giving or accepting hugs. More commonly, the daughter doesn’t ask why her dad isn’t embracing her any longer, as she’s too embarrassed or confused. Often, she’s scared about what the real reason might be. 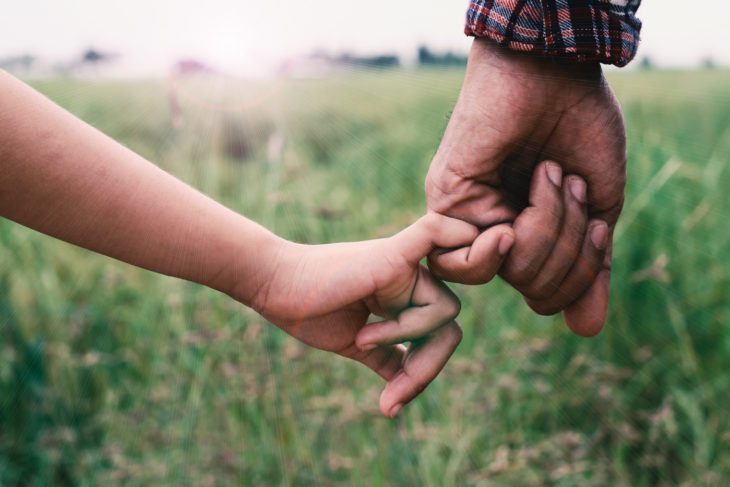 Dads offer their own reasons. Scott, who has two daughters aged 15 and 12, tells me he has this overwhelming fear he might get an erection if he held one of his girls for too long. “I have no sexual desire for my daughters,” he says, “but I’m so scared it might be inadvertent, just a physical response. And if one of my girls noticed, wouldn’t that be more damaging than just not hugging in the first place?”

Other fathers worry less about what their own reaction might be and more what others might think. “Maybe it’s paranoid,” remarks Todd, the father of a 14 year-old girl, “but I feel like every man who touches a girl is seen as a predator. Even dads. So I wonder what people might think if they see me being too affectionate with my daughter.”

I don’t want to dismiss concerns like these too quickly. Many men do admit to being uncomfortable around their developing daughters, and they do figure it’s better to err on the side of caution rather than risk doing something that might have awful incestuous overtones. Erections, which are not always evidence of desire, often come as a unwelcome parasympathetic nervous system response—but imagine trying to explain that to a 15 year-old girl, or just as bad, not explaining it! And Todd is right—we do live in a culture that is deeply suspicious of adult men’s interest in teenagers, even if those adults happen to the fathers of the young people in question.

But here’s the thing about being a dad. Doing what makes you excruciatingly uncomfortable is part of what you signed on for when you became a parent. You get up in the middle of the night to change diapers and give bottles, even though your body can barely stand the sleep deprivation. You pull a trembling toddler off your leg on the first day of preschool, leaving her to the care of her teachers, and you sit and cry with guilt in the car. (Most dads I know cry harder and longer than their kids on these occasions.) And when that little girl starts to develop a woman’s body (too soon, you protest silently, it’s too soon!) you need to keep right on hugging her. 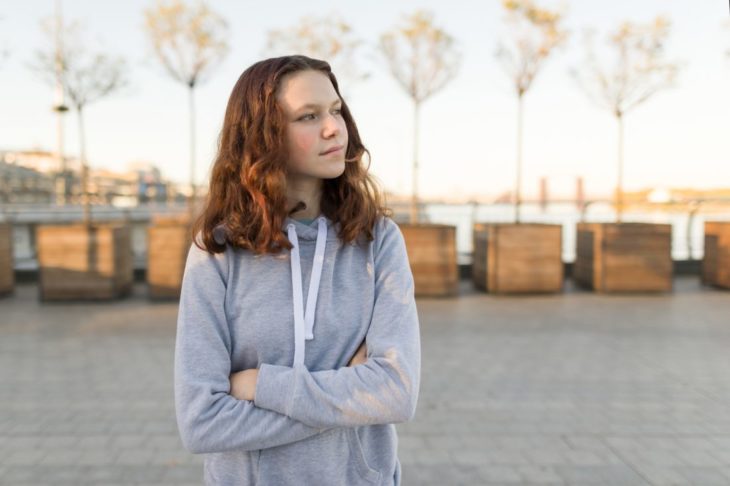 One widely-believed myth about father-daughter affection is that if a dad stops hugging his daughter, he’ll drive her to seek affection from other males. I’ve heard of pastors who urge fathers to embrace their girls as a “prophylaxis against promiscuity,” and even some therapists take it for granted that there’s a demonstrable connection between paternal touch and a daughter’s sexual decision-making. But as Kerry Cohen points out in Dirty Little Secrets, her forthcoming study of teen girls and promiscuity, no study has ever shown a link. (The actual research on adolescent sexuality shows that parents have much less influence on decision-making than we like to imagine.)

The reason we should hug our daughters has nothing to do with preserving their virginity. It has to do with reminding them that no matter how overwhelming the changes of adolescence may seem, a father’s love is a constant in the midst of what seems like daily upheaval. Just as importantly, it’s an affirmation that their bodies aren’t as big a problem as our daughters fear that they are. As boys (and, sadly, older men) begin to leer and other girls begin to judge, girls desperately need reassurance that their bodies are not dangerous distractions. A dad who doesn’t freak out that his daughter has boobs can provide that reassurance as few others can.

Dads, like all adults, need to be careful not to foist unwanted affection on young people. Forcing your daughter to hug you when she clearly doesn’t want to is violating; it’s no better (and possibly worse) than shying away from her embraces. On the other hand, it’s not a great idea to put your daughter in the position where she feels she has to ask for normal affection. There’s a delicate dance here, as there always is with teenagers. A little awkwardness is normal. 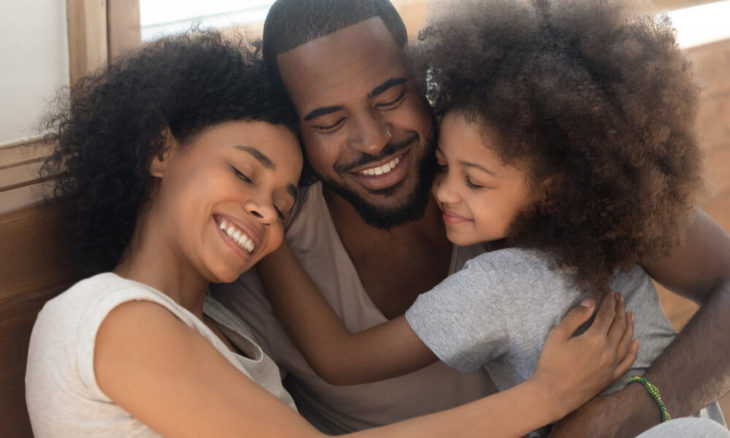 As every father knows (or will find out), good parenting involves being both consistent and adaptable. No matter how tempting it is, we can’t treat our teens as we did when they were toddlers. Slowly and steadily, we need to give our kids more autonomy, more freedom, more permission to separate from us. At the same time, we need to love them just as intensely as we did when they were little creatures who sat on our laps and clung to our necks. That means both acknowledging the reality of the onset of puberty without being dismayed or discomfited—or at least without making our discomfort clear to our daughters!

Fathers (and father figures) have a vital role to play in the lives of young women. In a world where so many men seem predatory and unreliable, in a culture where so many older men sexualize teen girls, a loving father figure can provide an indispensable reminder that men are not inherently weak. Girls need dads with the maturity to soothe their own anxieties about their daughters’ burgeoning sexuality. And they need dads who will remind them—in words and actions and hugs—that their bodies are never a problem.

Frisky readers, did your relationship with your dad change after you hit puberty? How? Tell us in the comments!

Dater X: What “Happily Single” Means To Me

12 Gifts a Daughter Needs From Her Parents...

Guy Talk: A Brief Explanation Of Why Men...

Guy Talk: A Man’s Female Friendships Are Nothing...