In high school, I fell for a guy named Opie. That was not his given name but a nickname he had acquired along the way. I would have asked from where it had come, but I never found the necessary strength to even talk to him, let alone inquire about the particulars of his life. I was a 16-year-old magenta-haired dork who hung around the art studios both before and after school. I was in no position to start conversations with Kurt Cobain look-a-likes who rocked the same greasy locks and dresses that only the ’90s permitted without too many batted eyelashes.

Opie embodied that “fuck you, I won’t do what you tell me” mentality that I craved in a partner. I longed for a tortured soul, someone who was messed up enough that only drugs and alcohol seemed like the cure for the ailments in their world. In my naïve brain, I was the one who could save them, me and only me. From what I heard, after he left school, Opie got a girl pregnant and had his fair share of struggles with substance abuse. As for where he is now, I have no idea. Like I said, it was the ’90s, heroin chic was in the air and in the pages of Vogue, drug use was glamorized, and in all my sheltered cluelessness about the world, a death that resulted from substance abuse was a badge of a life lived to the extreme. I roll my eyes now at how both ridiculous and insulting that thought is to those who know the very dark side of drug and alcohol addiction, both personally and as an outsider looking in at a loved one.

Although my fiancé now doesn’t do drugs and barely drinks, my past is riddled with men who did, and still do. (In fact, I think it’s because of this past that my fiance is not, and never has been, an addict of any kind.) I broke up with my first love in college because of his rampant cocaine use. It had been a few years since my days of finding a tortured beauty in addiction, and I wasn’t about to just stand by and watch this talented painter become a statistic. We kept in touch, his alcohol and drug addiction got worse and worse, he dropped out of college, moved to New York City, and these days you can find him at a correctional facility, jailed for drug possession. I write to him on a weekly basis; this was not the future I could have possibly envisioned for him even if I tried. When I start to tell people he was going to be the next Jean-Michel Basquiat, I stop myself, because we all know how that story ended. 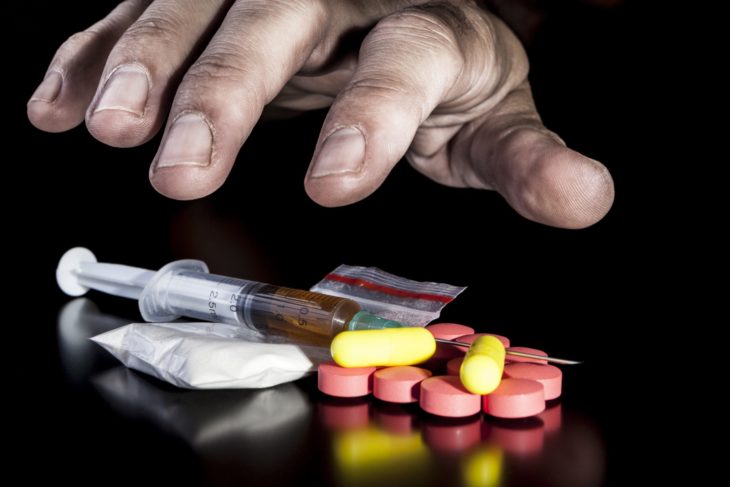 Whether it was Opie, or my first love, or the severe alcoholic I dated before my fiance, or the men I dated in between, my lifetime of dating men with substance abuse problems has taught me a lot.

1. You can’t take them anywhere

The alcoholic and I showed up to a work — that’s right, work – dinner after an afternoon of drinking. It was a Saturday! Saturdays call for drunk brunch! I was a bit tipsy, so I opted for water when we got to the restaurant, but he kept on drinking. Before the dinner was over, he had offended most of the people at the table, dumped not one, but two drinks on the woman beside him, then, because he only drank at dinner, passed out in his soup when we went to Chinatown to get food. The busboys had to help me get him out of the restaurant and flag down a cab — a cab that I had to pay an extra $20 for, because the driver feared my drunken fella would wake up and vomit in his car.

2. They will steal from you

It’s awful to think that someone you’re dating, someone you trust, could steal from you, but when it comes to feeding an addiction, they will. In one of many scenarios, either cash had been taken directly from my wallet or my credit cards were used at a liquor store. With one cokehead, before we parted ways, I literally had to hide my wallet every time he was at my place. It was an uneasy feeling, and therefore a short-lived relationship … if we can even call it that. 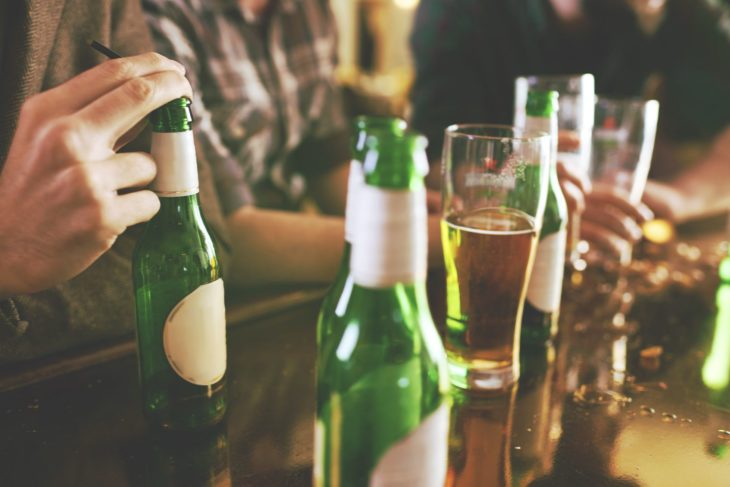 3. Their friends are shit

On one occasion, I stopped by the bar where the drug addict I was dating was working his shift. When I went to the bathroom, his friend mentioned to my fella that he thought I needed to lighten up. I was having a shit day. I wouldn’t learn about it until two days later, but the friend apparently slipped a Rohypnol in my drink. What followed was a night of hell, from what I remember, that involved me throwing up in a cab, being thrown out of the cab, then trying to make my way home without being able to see a damn thing through my intensely blurred vision. I remember feeling like the sidewalks were cake or something equally squishy, as I darted between cars, hoping to not being killed. My memory stopped halfway home, and when I woke up the next morning, face-first on my kitchen floor, I was in shock that only three drinks could have had such an effect on me… then I was informed as to why that was the case. His explanation for his friend’s actions? “He thought you’d enjoy it,” along with, “I swear, I had no idea.”

All of the addicts I’ve dated have been artists in one form or another. Coming second in line to their art would never be an issue, because my writing has always come first for me as well, but what’s really trying is when you’re second to drugs or alcohol. It’s aggravating when he’s running late because he needs to score, or if he’s on time, but his dealer has to stop by your place before we go out. It’s a pain in the ass when he can’t show up to your birthday party sober, because sobriety is no longer an option for him. What it comes down to is that when you’re dating someone whose substance abuse is so bad that functioning without it is impossible, you realize just how far down the totem pole you are in importance.

5. You become a master at lying

Not only are you dealing with your addicted boyfriend’s constant lies, but you too will likely find yourself lying and making excuses for his behavior or absence. I’ll never forget the day I had to tell my parents that my date was “just getting over the chicken pox,” as we watched him all but tear his epidermis off his bones as he scratched uncontrollably because he decided to snort heroin for the first time earlier that day. 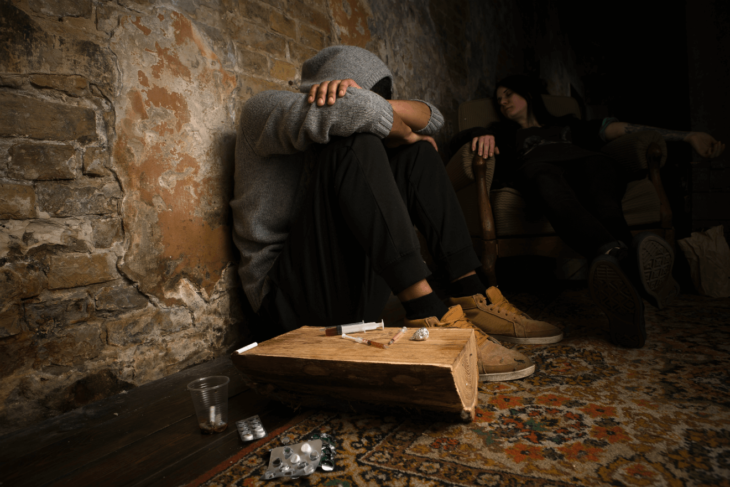 6. You’ll end up with a broken heart

I’m not talking about the broken heart that comes with a breakup; I’m talking about the broken heart that comes with loving and caring for someone you can’t save. I often think about how things could have been different with my first love, including wondering what more I could have done. Could I have put up more of a fight back when he first started doing cocaine? Had I not given up and bailed, would he have finished college? Would it have been just an experimental phase that would have gone away a couple months later? Would he not be sitting in jail as I write this? I’ve (mostly) come to realize his drug addiction isn’t about me and that thinking I could have been the person to turn his life around is both naïve and narcissistic and just not how things work. But there isn’t a day that goes by that my heart doesn’t break for him, and for all of the men I’ve dated and watched struggle with addiction.

I know the greatest cliché when it comes to addiction is that the addict has to first admit that there is a problem before any positive change can come of it. In brief moments of clarity, a few could see that maybe there was an issue, but that response was a rarity. I don’t like to think of myself as someone who gave up on any of them, but then, and even now, my concerns for their health and well-being fell on deaf ears. It’s true: you can’t save those who don’t want to be saved, but that doesn’t mean that through the lessons I learned, I don’t wonder if I could have tried a little bit harder.