Bust out your pom-poms, ‘cause tonight is “Hellcats” night! Since The Frisky’s own Kate Torgovnick happens to be an expert on college cheerleading—after all, the show is based on her book, CHEER!: Inside the Secret World of College Cheerleaders—every Wednesday we have her sound off on how the show stacks up to reality.

Tonight’s episode of “Hellcats” is kind of awesome—we’ll get the back story on how Savannah, Alice, Louis, and Vanessa ended up in their blue and yellow uniforms. Oh, and Marti will be officially initiated, which involves … yeah, I don’t want to ruin the surprise.

Which brings us to the question: what do cheerleaders generally have to do for initiation? Many college cheerleading squads think of themselves like a fraternity—they have letters (for example, LCLM) and don’t take bringing a new member into the fold lightly. Most have an official ceremony where members “earn their letters.” This typically happens right before Nationals. In other words, new members are considered rookies for the majority of the year until they’ve proved themselves. 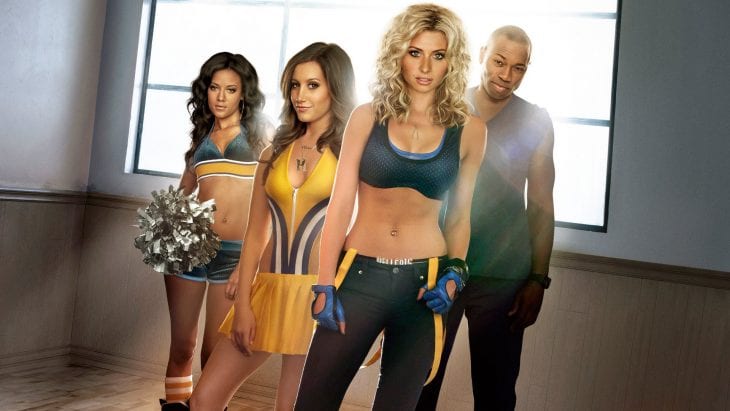 Initiation rituals run the gamut. At one school, new members had to go on a scavenger hunt across campus in 100+ degree heat and at each location solve a cheer related riddle. At another school, new cheerleaders had to wear a trashbag, rather than clothes, to a campus party. At yet another school, new members were set up with a big brother or big sister and had to do everything their elder told them to—from giving the guys of the team foot massages to singing “I’m a Little Teapot” in the dining hall. The worst moment I witnessed? Seeing a guy chug an entire bottle of ranch dressing on his big brother’s request. Watching his Adam’s apple bob as he gulped it down kind of turned my stomach.

But I have a feeling other initiations aren’t as PG. For several, they were done in the middle of the night at a secret location. Squad members knew better than to invite a journalist along.

Guess we’ll have to wait and see what happens on the show tonight.

Women Are Masochists When It Comes To Love