Bust out your pom-poms, ‘cause tonight is “Hellcats” night! Since The Frisky’s own Kate Torgovnick happens to be an expert on college cheerleading—after all, the show is based on her book, CHEER!: Inside the Secret World of College Cheerleaders—every Tuesday we have her sound off on how the show stacks up to reality.

The preview for this week’s “Hellcats” promises “a scandal so big, it could take down the Hellcats.” Cheerleading scandals of the personal variety seem to crop up on a semi-regular basis, generally involving a racy photo of a scantily clad cheerleader making its way around the internet. But what about team scandals? Is there anything a team can do to cause a ruckus in the cheer world? 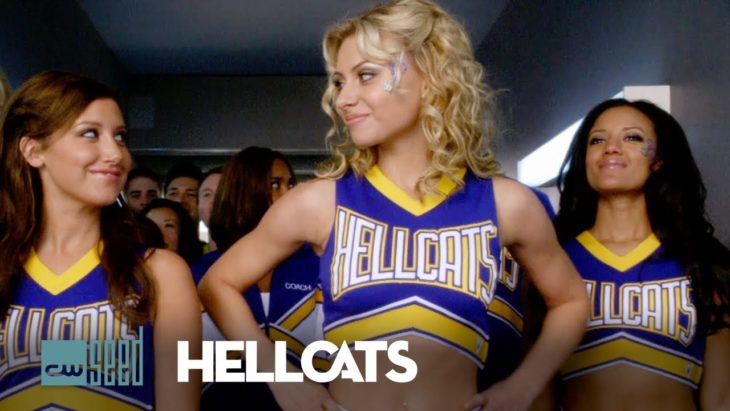 Certainly. In my book, I spent the year on the road with the Lumberjacks from Stephen F. Austin University. All year, they talked about one rival team—Wichita State. While SFA had beaten Wichita for four years in a row at Nationals, this was the team SFA always had their eye on and always wanted to best. But at Nationals in 2007, Wichita managed to finally break SFA’s streak. After a fallen pyramid in SFA’s routine, Wichita walked away the year’s National Champion.

Until a few weeks after Nationals, when it was discovered that one of the squad members on Wichita’s team wasn’t actually enrolled at the university. For competing with an ineligible member, Wichita had to forfeit the 2007 championship title. As further punishment, the squad wasn’t permitted to compete the following year. It’s the only time National Cheerleaders Association staff can remember a team being stripped of a title.

Enjoy tonight’s episode. And who knows? Maybe this info will help you at a trivia night sometime.