Help! Our Celeb Crushes Are Turning Into Russian Dictators

Something sinister is happening to several of Hollywood’s hot actors and I’m not sure what exactly is going on. Perhaps I am the only one to notice this phenomenon but I think not!

Could it be that the lack of water in Los Angeles is being replaced by vodka? Are the desert-like conditions becoming Siberian? What has happened?

Leo’s morphing into Vladimir Lenin was alarming enough but now I see it happening to more and more each day. More like LENINardo DiCaprio, amirite?

Take Ben Affleck for instance. He has turned into Joseph Stalin before our eyes. He resembles a living Stalin but also a freshly dead one as well:

Here is one of my biggest disappointments. Colin Farrell used to be just good spank bank material and now he looks like Grigori Rasputin 🙁

Finally, it is with great sadness that I am to report that Jude Law has morphed into Czar Alexander I: 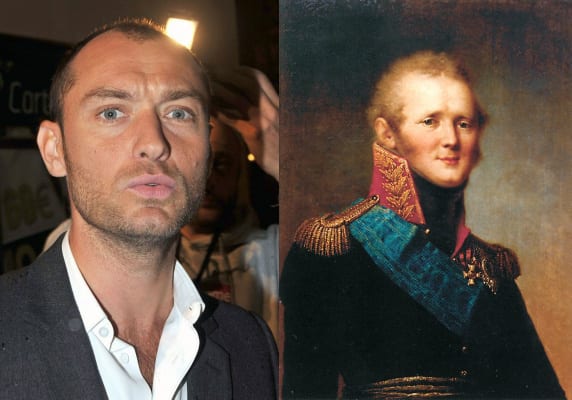 Please forgive me for doing this to all of you but something had to be said.

Have a #blessed weekend.

Someone Very #Rude Made This Kim Kardashian-Human Centipede Shirt

How to Suggest a Retirement Home to an...