Here Is What Distinguishes Marijuana from CBD

Cannabis sativa is the world’s oldest controversies. The plant herbaceous plant is annual and produces flowers. However, this is far from what draws global attention to the plant. Interestingly, cannabis plants have certain substances that have shown the ability to help with conditions like depression, schizophrenia, anxiety, epilepsy, and more.

For a long time, countries and some US states have allowed the use of cannabinoids for medicinal purposes. To some extent, the cannabinoids are legal for recreational use in the US but legal in Canada. The legal situation of cannabis in the US baffles many. For example, why would hemp, a cannabis plant, is permitted, but marijuana, also a cannabis plant, remain restricted? The good news is most states are legalizing marijuana and making the right steps towards change. There are new cannabis start-ups like Cannvi, to name one, popping up all over the US and helping push the trend and the economy forward.

Nonetheless, let’s dive into the difference between the hemp and marijuana-based on the cannabinoids that each plant contains in abundance. 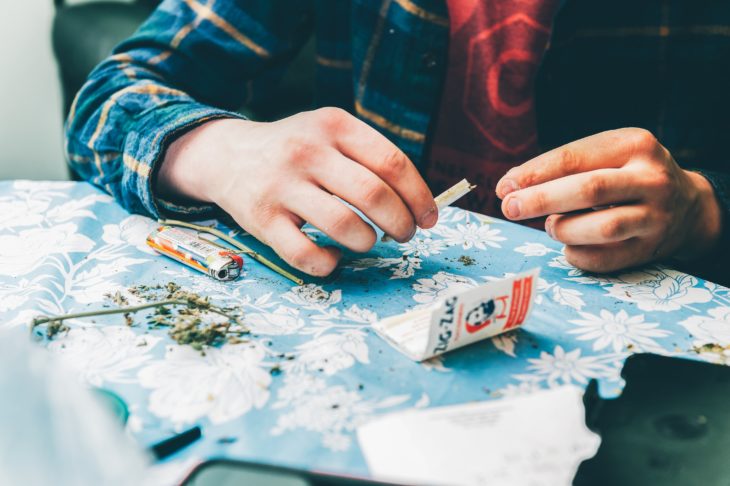 The Difference Lies in Chemical Makeup

While hemp and marijuana/weed/pot all belong to the cannabis species, their chemical makeup is different. Notably, hemp has cannabidiol (CBD) in plenty, while marijuana has tetrahydrocannabinol (THC) in plenty. Therefore, whenever one asks for the difference between CBD and cannabis, one is merely asking for the difference between cannabidiol (CBD) and tetrahydrocannabinol (THC).

Cannabinoids like CBD and THC dominate cannabis plants. On the one hand, CBD is popular in the US because it lacks the psychoactive effects of THC. Marijuana is more popular than hemp in global discourse because of the ‘high’ that THC causes to users. Therefore, the lack of psychoactive effects makes hemp (CBD) less evil in the eyes of US law. 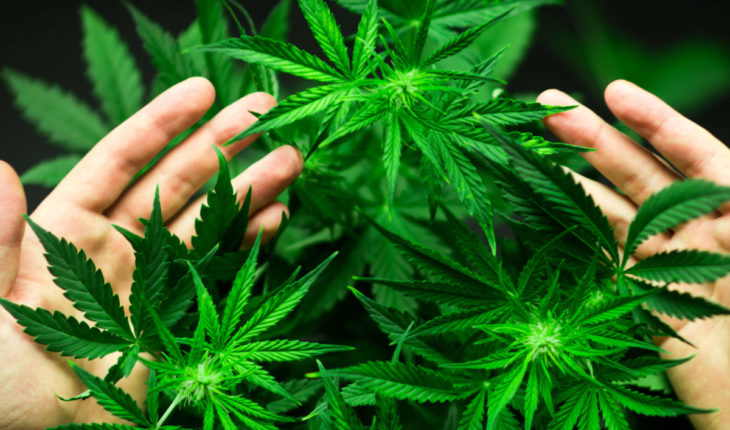 THC and CBD Differ in How They Bind with CB Receptors

Notably, the chemical makeup of THC and CBD further distinguishes the substances when it comes to binding with cannabinoid receptors. The receptors reside in the endocannabinoid system of the human body. Notably, there are two types of receptors, CB1 and CB2. Interestingly, THC binds with both receptors but has a higher affinity for the CB1 receptor. Therefore, the euphoric high that THC users get is a result of the binding.

On the contrary, CBD does not bind with receptors hence the lack of a high when consumed. Studies show that CBD is antagonistic of the CBD receptors’ agonists. This means CBD can prevent THC from binding with any of the receptors.

Essentially what this means is that CBD and THC will have a completely different effect on your overall being. THC tends to make you feel more of what people refer to as “high. With CBD, more people have found that it makes them feel relaxed and, in some cases, more outgoing. THC can have the opposite effect where people report feelings of being paranoid or in some cases deep in their thoughts and unaware of their surroundings. CBD is something you can take daily and still function in your daily life without having to worry about it hindering your performance. With THC, it’s best to take it when you’re at home and relaxed, especially if you’re not an experienced user. 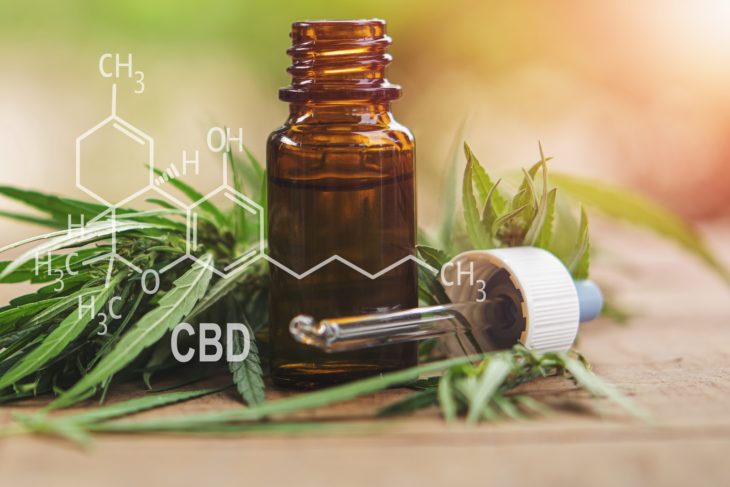 Marijuana is Federally Illegal, but Hemp is Legal

Marijuana has a high THC content, while hemp has high CBD content. Therefore, consumption of marijuana causes intoxication, while hemp consumption does not lead to intoxication. Interestingly, it is this fact that informed the 2018 Farm Bill that legalized large-scale production of hemp in the US. According to the literature supporting the legalization of hemp, the THC content of the cannabis plant is less than 0.3%. Scientifically, this amount is not enough to intoxicate the user.

On the contrary, the US Drug Enforcement Agency (DEA) classifies marijuana as a Schedule I drug. Usually, drugs in this category do not have medical qualities recognized by a reputable body like the FDA. Besides, such drugs are highly addictive. Mainly, the inclusion of marijuana in Schedule I is due to the depressant, stimulant, and hallucinogenic properties of THC. 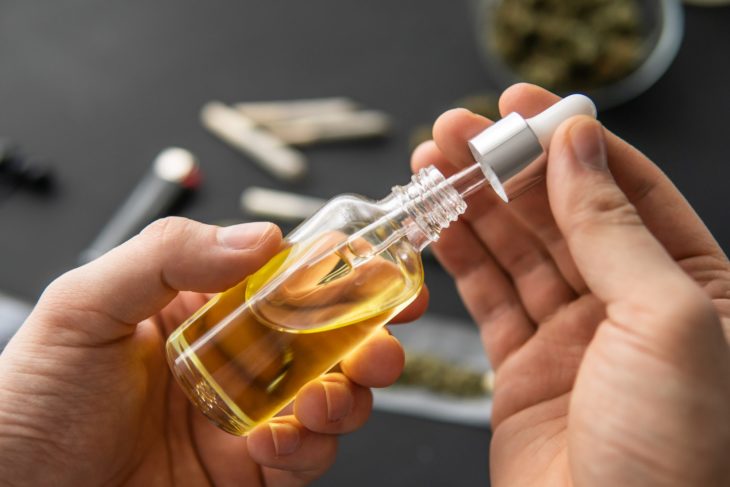 Differences in Mode of Consumption

Furthermore, CBD and THC enter the human body differently. On the one hand, CBD is administered orally. Users can ingest the substance using a capsule or through CBD infused oil solution. On the contrary, there is one way of ingesting THC, which is through smoking.

For this reason, THC has more adverse effects on users than CBD. In the first place, the inhalation of smoke exposes users to lung cancer. Secondly, the mode of ingestion does not control the amount of THC consumed hence worsening the side effects of THC.

One way that you can consume both of these is through edibles. Both CBD and THC can be used in baking goods or candies. Brownies are often the most popular of the bunch that people usually enjoy both THC and CBD with. The main thing to watch out for is overheating, as effects can take a while to kick in. 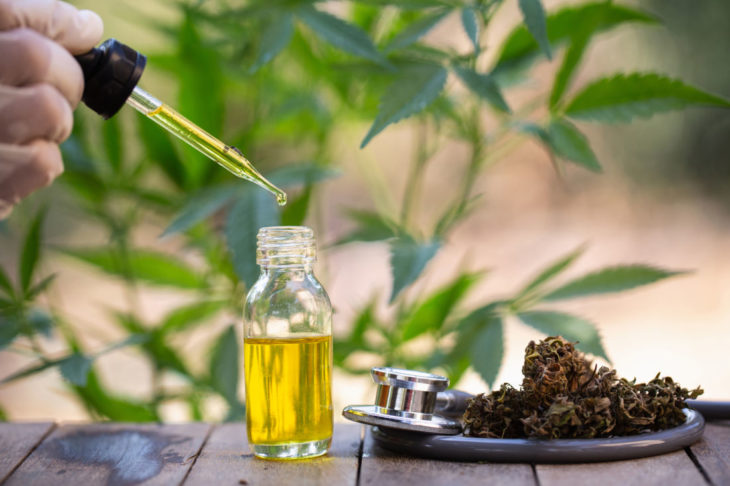 Cannabis is widely misunderstood, and it is common for the term to appear to signify the same thing as marijuana. On the contrary, cannabis is a species of plants, some of which include marijuana and hemp. Marijuana has THC in plenty, while CBD makes up the highest chemical content of hemp.

The two cannabinoids have different effects when ingested. While THC is intoxicating, CBD does not have any psychoactive effects. That is why CBD is legal in the US at the federal level, while only a handful of states allow the consumption of marijuana. Either way, both can create an enjoyable experience, and with the legalization of you can enjoy cannabis or CBD worry-free in some states. Either way, both have their place in people’s lives, and if you have experience with either one, then you will be well aware of which one works best for you. In reality, you can do both at the same time! Let us know which of the two you prefer.