Last Friday night, Patrick and I took a break from drinking beers and talking smack about Mitt Romney to befriend two couples who happened by our neighborhood bar. They needed a place to sit; we offered to share our table. And as many newly engaged couples are, all four of them were a little bit … glowy. It was incredibly fun to hear about their wedding plans — we even may have talked one pair into holding a karaoke reception. But it also got me thinking about what I wish I’d known when “We’re getting married!” suddenly became a thing that was happening to me.

Here’s what I’d tell newly engaged couples: hold off on telling people that you’re getting married, because they’re going to give you a bunch of advice on what to do now. See for example: the rest of this column. But seriously, it’s nice to sit with the loved-up excitement between the two of you for a little while and revel in the fact that you’ve found something and someone awesome.

When Patrick and I got engaged, we waited about 24 hours to tell folks; initially, this frustrated me. I wanted the news to exist in the world so that I knew it was real. But Patrick wanted to sit with it for a little while until we got home — we got engaged on a weekend trip — and it was actually kind of nice to wait, then decide together to share the news, which we did while relaxing by a scenic lake spot in Dallas. There, we watched the congratulatory texts and phone calls roll in, and it was a little a second celebration the next day. The newly engaged are about to embark upon many months of Placemats: Shit You Can’t Believe You Are Now Expected To Have An Opinion On. Forever is yours, so don’t be afraid to take a week of secret-smiling-to-yourself.

But there are some things that should not be secret. For example: do you know how your partner feels about having kids? How familiar are you with their money-spending habits? Do either of you have sizeable debt? Talking about logistics like this isn’t especially sexy or romantic, but neither is finding out after you’ve booked the reception hall that your partner has always dreamed of moving to Kotzebue, Alaska while you’re more of a graduate-school-in-Barcelona person. 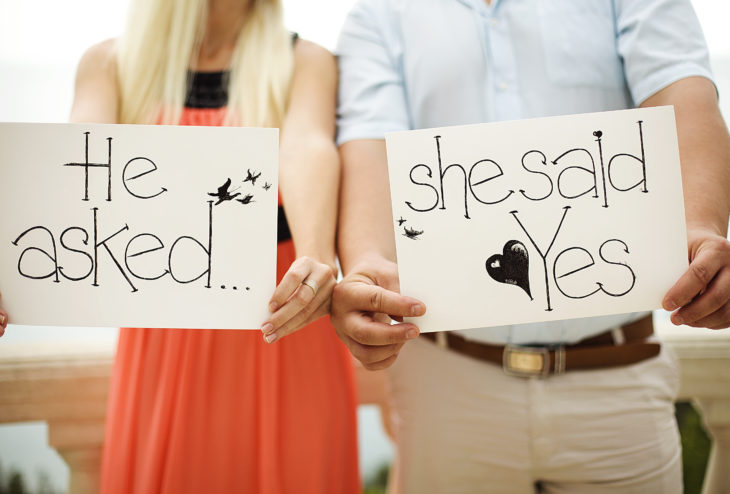 You cannot love someone into wanting enough kids to field a baseball team; neither can you romance them into the Peace Corps. Patrick and I, for example, had a terribly awkward moment early on in our relationship when I blurted out, post-coitally, that I never wanted to have or raise children. It was probably too soon to talk about that kind of thing, but it also gave us an opportunity to discuss where things were going. Happily, we’re on the same no-kids page.

Marriage is about so much more than being in love with someone — it’s about building a life with them. A marriage predicated on hoping someone will change their mind, or being too afraid to ask about big issues because you’re afraid you’ll differ, is not built on solid ground. Surprises will absolutely come for you in your life together, so it’s best to agree on the basics. Work it out now so you can work together later.

Of course, your huge and immediate project will be figuring out how to get married, and that does not at all mean the same thing to everyone, not even to two halves of a couple who know each other very well. One of you may want a blow-out marriagestravaganza; the other may envision a weekend in Vegas and an officiant dressed like Elvis. Don’t panic! There are compromises — and if there aren’t, it may be that one of you has to consider your non-ideal wedding to be the price of admission to a marriage you really want. Or (and this will be heartbreaking but better than the alternative) you may find that your ideas about weddings mean you’re actually not the best forever match for each other.

The key is to talk, and not just to talk, but to communicate with each other. So ask: do you want a long engagement? Time to finish school before you get hitched? Some assurance that the big promotion is going to come through, or not? When do you want to start a family or try to buy a house or move to Thailand? Is one of you more likely to stay at home with future kids? Is there a clear breadwinner in the relationship, or will you contribute equally in terms of finances? Fundamentally: what do you think your life will look like once you’re married? You don’t have to find all the answers right this second, but you will develop a road map for how your relationship could play out in the coming years. 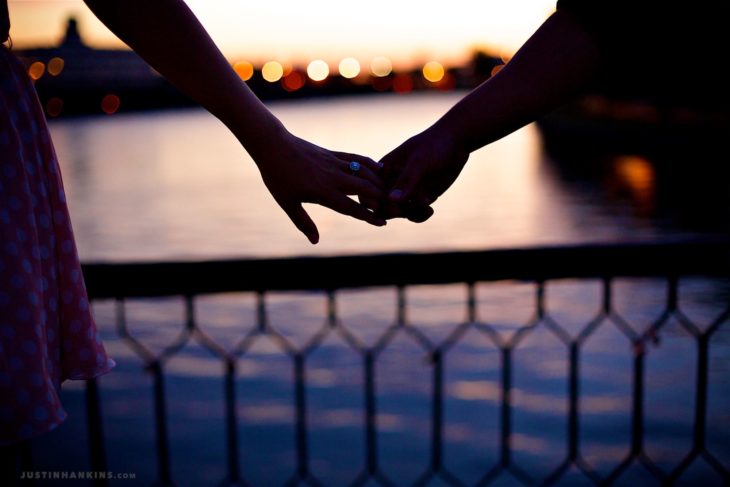 Once wedding planning is underway, don’t make assumptions about the responsibilities that you and your partner should or can take on. Patrick had been to exactly two weddings before we started planning ours. Me? I’d been to dozens, so I had a pretty good idea about what vendors we needed to look into and what general timeline it might take to pull it off.

So I started plowing into planning, and Patrick would wait to be told what to do. That built resentment on my part, and it could have totally been avoided if we’d done more than toss wedding-related ideas around every few days. Eventually, we created a Google Doc and calendar with task lists and deadlines so that we both knew what needed to get done, and who would be responsible for various tasks depending on, say, whether one of us had an upcoming work deadline or travel planned. Patrick ended up doing an awesome job and dealing with a lot of vendor-related asshattery that would have driven me to an early elopement — turns out, one of the great things about being enfianced is having a partner-in-tackling-the-terribly-banal.

Which brings me to the myth of the reluctant groom: ladies, if you are in a heterosexual partnership and trying to get your dude involved with wedding planning is like pulling teeth, I implore you to seriously think on why this man is someone you want to spend your life with. Yes, planning a wedding can be boring and annoying but that doesn’t mean that having a vagina somehow makes you the default Bullshit Mitigator in the process. People with penises can assemble wedding invitations in a timely manner without complaint! I’ve seen it happen! You can have it all.

And it is so much fun to plan awesome things together with the person you love! Contrary to what the Wedding Industrial Complex would have us all believe, weddings tend to involve both a bride and a groom. If yours doesn’t — or if it isn’t shaping up that way — it may be time to go back to the drawing board and ask yourself if everyone in your relationship is as invested in the wedding, and its attendant responsibilities, as they really need to be. The wedding is just the first part of your lives together; if the planning process is fraught because someone’s not pulling their weight, and that can be either the bride or the groom, I don’t think it bodes well for the future of the partnership. 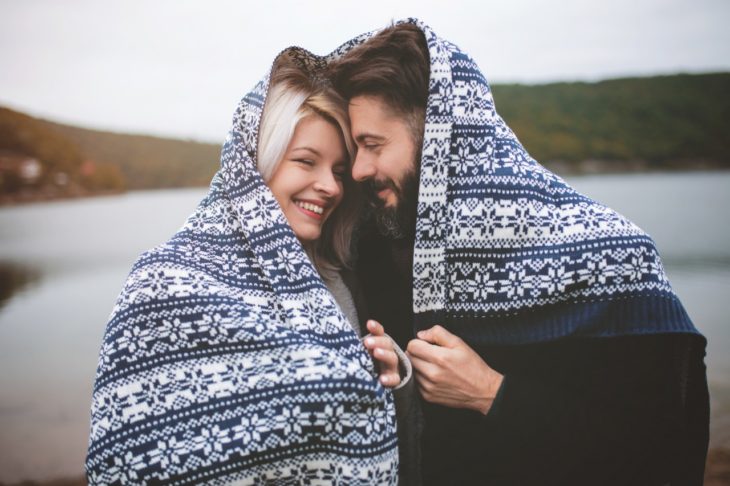 I hope this column doesn’t come off as a downer, because truly, there are so many fun and invigorating things about being engaged — not least the thrilling knowledge that you’ve found someone you can fart in front of for the next 50 years. But the thing that bridal magazines and pretty princess websites and Cosmo quizzes don’t cover is how much the engagement process is actually about planning a life and not just a party.

Our wedding was definitely the most fun I’d ever had up until April 21, 2012, but even now it doesn’t really compare to Friday nights drinking beers and talking politics with my husband. Treat your engagement like the pre-game instead of the post-show, and you’ll be in good shape.

Which Pool Should You Choose for Your Home