How the Great Peter Max Helped My Dreams Come True

There is an old saying that you should never meet your heroes because you will only end up disappointed when they turn out to be different than you thought that they were. I, however, can personally attest to say that this is not always the case, and one of my heroes is responsible for my entire career.

It all started when I became a dad 3 years ago, my daughter changed a great deal of my thinking and prior to her birth, I was an artist, a struggling one at that. I had been making sculptures since I was a kid and the reality was that it was all I ever really wanted to do, but it just wasn’t paying the bills. I spoke with my wife just after the birth of Jade and I told her that I would give it a go for a few more months, and if things didn’t work out then I would loo for more gainful employment.

Given that my dream career now had a time limit I endeavored to take every opportunity that came my way, and one of the more radical ideas which I had was to go and pitch up outside local galleries, in the hope of getting seen by someone or perhaps even just to get some sales for my work. I should probably mention that I had no plans on making millions of dollars from my work, selling a few pieces a month on Facebook would have been more than enough to keep my afloat and make sure that I could give my daughter the life that she deserved. 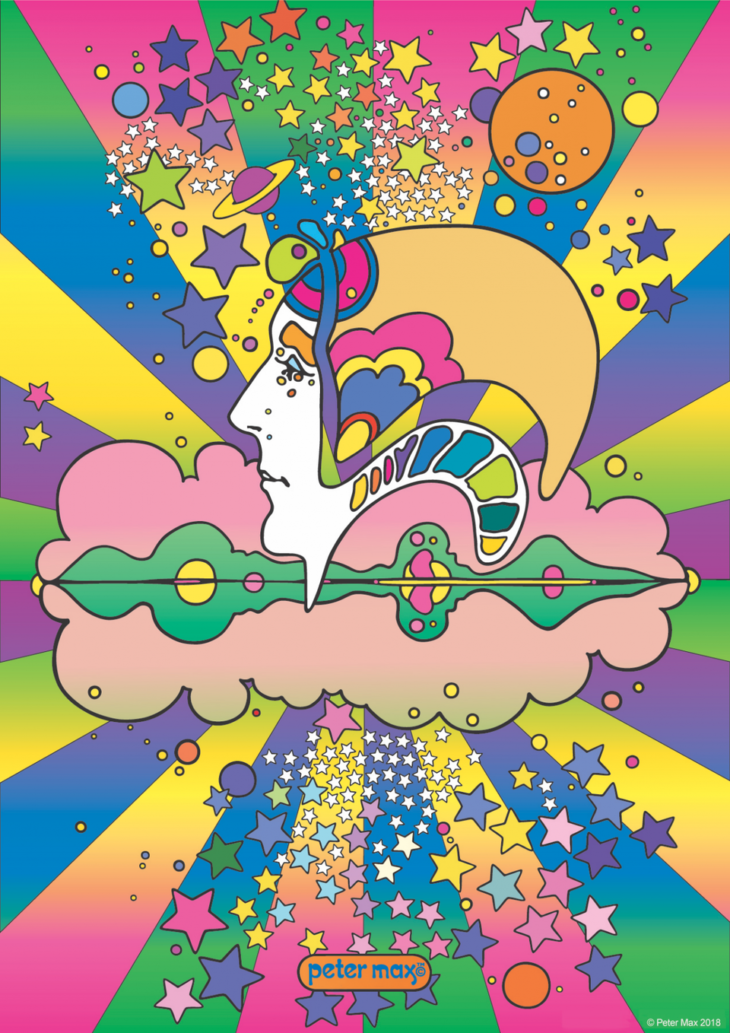 Fate struck me on the 23rd of January 2016, when I was pitched outside a small gallery with a few of my more, risqué pieces, and I began chatting to a man who claimed to be one of the agents working with artist Peter Max. I took the man at his word, although I did doubt whether or not artists even have agents. I decided there and then that no matter what this man says, I am going to take any opportunity, no matter how small, to try and get my name and my art out there. The man told me that he liked my work and thought Peter would too, could he take my number. Naturally, I said yes.

I waited for just over 2 weeks and heard nothing, I continued with my plan to try and shift some of my work and assumed that the gentleman who had spoken to me, was just a man having a laugh, or indeed that he really was one of his agents, and Peter just didn’t like my stuff. 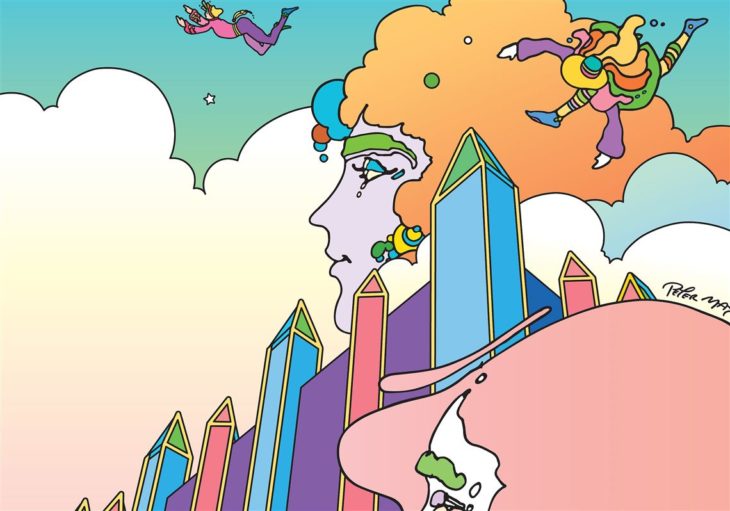 I was up at 3 am on a Friday night with Jade, who really wasn’t helping me to get much rest at all when I heard the sound of my phone, I assumed it was an alarm and so I went to switch it off when I realized that I was being called by someone. Usually, I would never accept a call from an unknown number at 3 in the morning, but I had to take the risk and answer it, it was Peter.

This great man who I have loved and respected the work of for so long was now on the other end of the line, inviting me to come to his studio in order to discuss my ‘options’. I couldn’t believe what was going on and given the silence, it would appear that nor could me 9-week old child. I agreed to meet Peter, stole a quick kiss from my now sleeping baby and went to bed, where I, of course, couldn’t sleep at all! 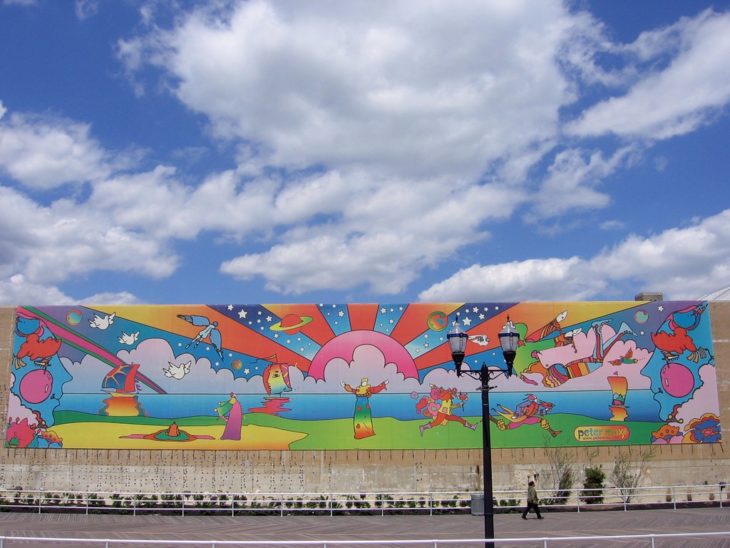 I met Peter at his studio and we joked about the fortune that his agent would spot me, and how Peter thought that it was less fortune but more down to me creative marketing skills. Peter began to explain to me that he was working on a new program for young artists, trying to get their name out there and he wanted me to produce a couple of pieces for one of the shows that the organization was putting on.

The exhibition went relatively well and I was able to sell 4 pieces, which was enough to convince my partner that this was something that I may be able to do. Since that show in mid-2016, I have been consistently selling my work, largely through the help and exposure that Peter has given me, and because of that, I have also been able to spend quality time with my daughter, stay home when my wife needs to work and most importantly, make enough money to provide for the entire family.

Who says that you should never meet your heroes?