How to fix the Windows 10 Blue Screen of Death

The Windows 10 Blue Screen of Death (BSOD) or the Stop Error screen appears when you doing something like upgrading the operating system, booting or just working on your PC. Some people face the Black Screen problem, and a few encounter BSOD problems. Let us learn what to do in each case.

Blue Screen of Death when upgrading to Windows 10

When you are upgrading to Windows 10 from Windows 8.1 or Windows 7, BSOD might appear. This usually happens because of Bios settings, but in some cases, it may be the cause of corrupted installer download.

When it happens, the installer will take you back to the old operating system from where you will have to run the upgrade again. Do not worry, as will not be stuck with a half installed OS, although the installation files will be on your C: Drive. Make sure to clean them before trying the upgrade again. Delete all files in the Software Distribution folder, and remove the complete Windows~BT folder from C Drive.

Two scenarios are possible when booting Windows 10. In the first, you can access the desktop, while in the second the Blue Screen will not let you access it, in which case you will be stuck in a restart loop.

The main reasons for are the conflicts caused by the Windows driver or an update that went wrong. If the reason is the latter, you will have to block and remove that update.

If the desktop is accessible, go to Settings-Windows Updates-Advanced-View Installed Updates. Check the dates of the updates, and then remove those installed on the date after which the BSOD started to appear. If this works, block the update completely.

If a driver update is the problem, do the same for them. However, after removing the driver update, also block automatic driver updates from Microsoft to control it in the future, while using a third party tool that allows driver selection is far better.

If you are stuck in the reboot loop, Windows 10 will automatically enter Repair mode after a while. Once there, use System Restore to fix the issue. Click on System Restore and select the date before the BSOD. This will completely restore your computer to that time, removing any changes since then in the process. This will not affect any of your files. 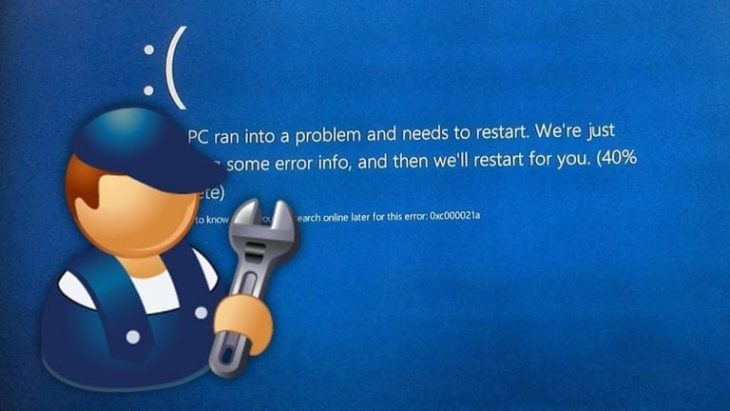 Blue Screen of Death while working on Windows 10

Again, a Windows Update, a device driver update or some installed hardware could be the problem. It is recommended to again use the method from above to find the problem and then block it.If you did install some hardware recently, shut your computer down and disconnect it. Boot it again and go to Device Manager by clicking WinKey+ Break. If the hardware is the problem again, uninstall it. Reboot again to check if the issue is resolved.

Last but not least, it is always great to have some kind of free backup software like MiniTool ShadowMaker on your computer as the last line of defense against problems like these, and more.

Bitcoin Revolution: What is it?

How to Organize Your Files, Folders & Documents...