You really can buy anything on Amazon these days, even a pussy snorkel. And not just any pussy snorkel, but one that glows in the dark for those more intimate moments. Everyone take a break to spit out their coffee. The product is designed to allow a “man to continue breathing while performing oral sex on a woman in a spa, bathtub or even a bowl of green Jell-O.” However, if you need a pussy snorkel, you might be doing it wrong.

Let’s just forget about the fact that women might want to go down on their lady too and focus on the fact that since this product doesn’t seem to be a joke, going down on a woman in a bowl of green Jell-O is a) something someone (I’m just going to go ahead and say a man) has thought of doing and b) would be really, really sticky. At that point, I feel like breathing is the least of your problems.

Once UPS drops off your package, you can tear right into it, “insert the breathing apparatus into your nostrils, rub the clitoral stimulator against your favorite coral reef and start with the tongue action,” the product description reads. Your favorite coral reef. This is where we are, people. As of right now, the product is “currently unavailable” for purchase and there’s no list price for the headgear. Please let that not be because it’s sold out.

Pussy so wet he gonna need a goddamn snorkel 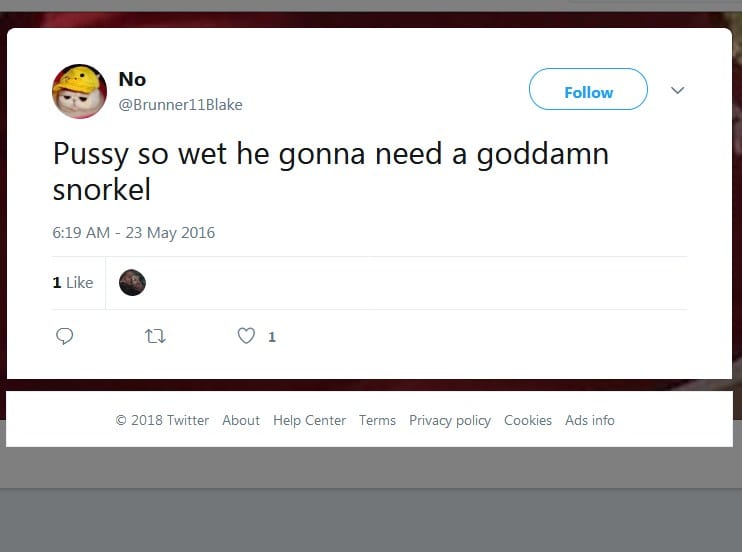 Apparently though, there is also demand for a “pussy snorkel” even if you aren’t in the bowl of green Jell-O you keep in the backyard. Some social media users have been clamoring for this product just for regular, old-fashioned oral action.

As a gay lady I’m gonna go ahead and say this is unnecessary: https://t.co/vI24pcK7H8 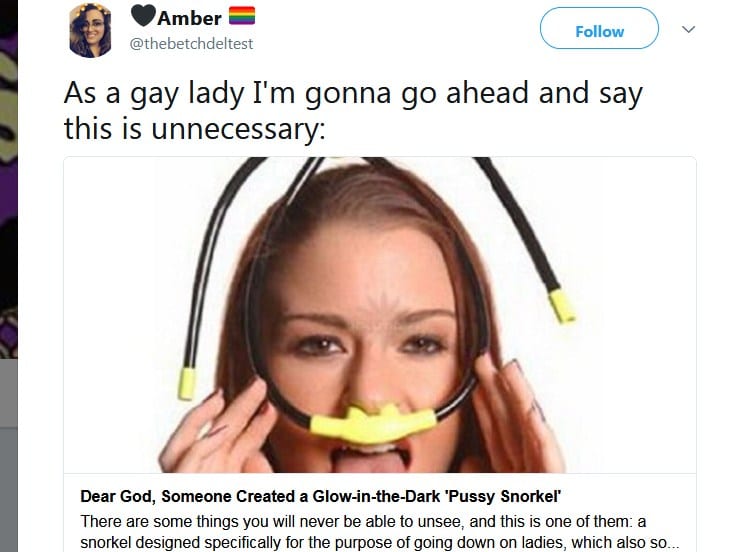 There are actual reviews for the product dating back to 2009, one even written by a “verified” purchaser. Another jokester wrote a review detailing her experience with the product and her family cat (Get it? Pussy?), which is actually the first thing that crossed my mind when I saw the name of the product. “Don’t cats hate water?,” I tsk-ed, shaking my judgmental little head.

Shower sex is more work than it’s worth (sometimes…), it can get really cold in pools and bodies of natural water, and bathtubs, Jell-O filled or not, just seem dangerous. In my humble, and not at all prude opinion, if you need a snorkel and a head lamp (this thing doesn’t have a head lamp, but it totally should), I think you’re doing it wrong.

Girl Talk: I’m Just Not That Into Anyone Anymore

Why Is “Going Down” Often A One-Way Street?