How to Improve your Poker Game in 7 Easy Steps

Playing poker is a very fun activity, but what makes it even better is the fact that you can win a lot of money in a short amount of time if you are good at the game. Out of all the other card games, poker is probably the one that’s considered to be the most sophisticated.

There are a lot of people who managed to become millionaires by winning a poker tournament, and there is no doubt that many of us want to be like them. However, to become great at playing poker you will need to spend a lot of time and effort, but you can take a shortcut by reading a few useful tips and tricks.

In today’s article, we’re going to talk about some of the things that you can incorporate in your poker playing style so that you can become a better player overall. If you’re currently preparing for a tournament, or you just enjoy playing casually with your friends, you’ll find this list to be very useful for you. Since it’s a very interesting subject and you’re probably as an inpatient as we are, were going to end this intro right here and jump straight into the content. Here’s what you need to know. 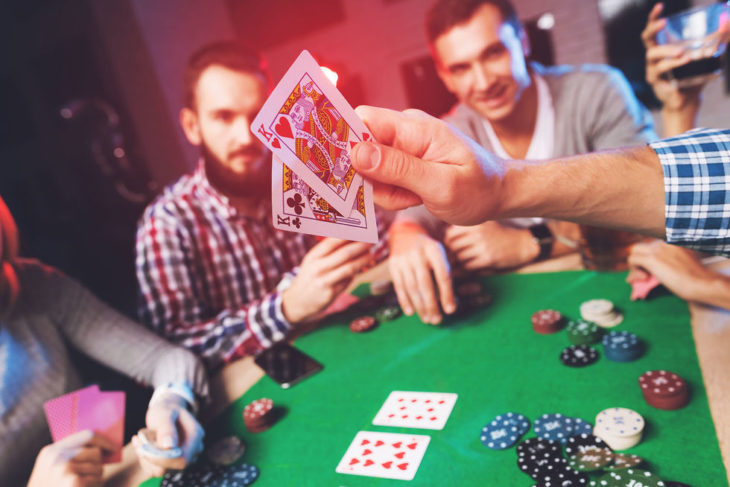 Playing poker is mostly skill, but this doesn’t mean that there isn’t any luck involved in the game. When it comes to the possible outcomes that you’re going to see on the table, there’s an accurate percentage chance for each one, so the best thing that you can do is to learn all of these.

When you have an accurate representation of each possible outcome, you can make a lot easier decisions on whether you should bet or fold. Some people have a different playing style, which is based mostly on luck, but statistically speaking, in the long term you will see a lot better results if you play safe and by using the poker math. 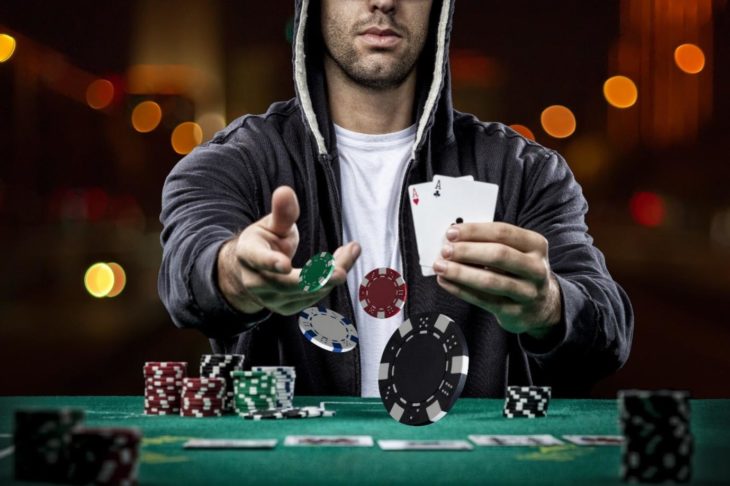 Most beginner players don’t consider this to be as important as it is, but the truth is that being patient in poker is going to give you the best results. Now, patience in this game is earned as a skill by playing thousands of hands, so don’t expect to be patient if you’re a beginner player. Patience is also connected with what we mentioned above, which is learning the math of the game.

If you have three kings, but there are two aces on the board, going all-in is probably not the smartest idea, because the chances of somebody having an ace in their hand is pretty high. Also, if you bet in a situation like this and you show impatience, someone can easily read what your play is, and either fold or outplay you. 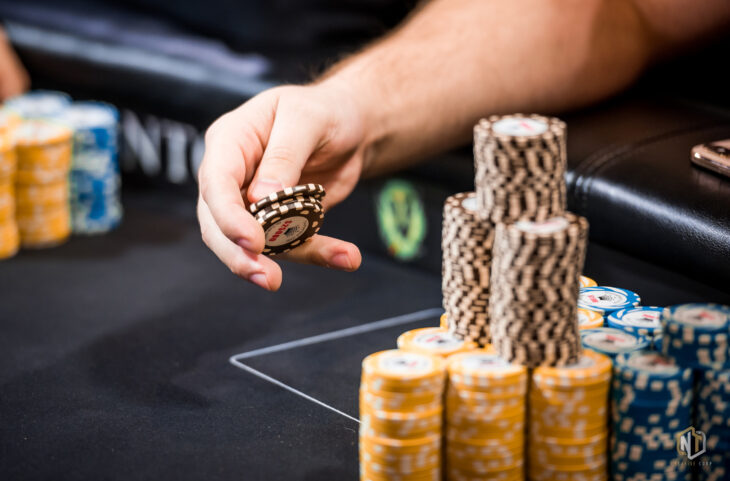 Just like with anything else in life, playing poker is something that you can get better and by simply doing it. Practicing for hours making better at any activity, no matter how bad you were at it when you first started it.

The best way to practice these days is by playing online because you can do it from anywhere at any time without having to invite a group of friends to play with. If you’re interested in playing online but you’re not sure where to begin, feel free to check out worldpokeragent.com.

Online play is quite fun, but if you’re serious about becoming a better player, you should occasionally feel the pressure when playing against others face-to-face. 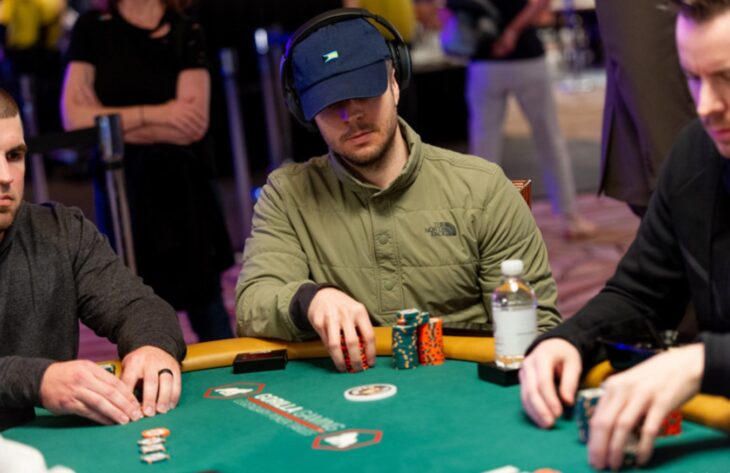 When you want to become better at something, a great way of doing it is by watching other professionals and learning from both their highlights and mistakes. Find a poker player who plays professionally and watch some of their videos. This is going to help you in the long run because you will be able to see how they react, bluff, and simply think in some situations. 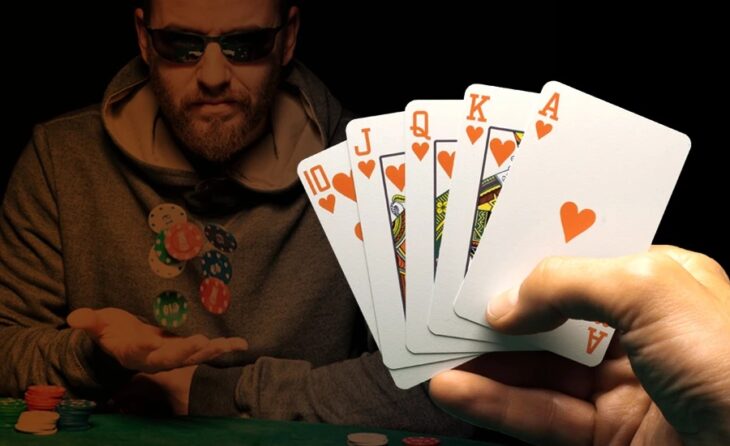 Something that not every beginner utilizes enough is bluffing. The great thing in poker is that you can win a pot simply by confusing and outsmarting the other players. Bluffing is a technique that is used by even the best players in this game, but it can be as dangerous as it is useful, so learn how to use it properly and you will be able to win a few pots, and hopefully managed to irritate the others on the table. Poker is all about emotions, so if you manage to get inside the mind of the other players, you’ll most likely end up winning.

6. Focus and take your time

It’s important to understand that some poker games are going to last for many hours, which is why we mentioned that you should be patient when playing. You should also never rush with your decisions because you have a lot of time and many opportunities to make a comeback even if you’re very low on chips throughout the entire tournament. All it takes is just one hand to get back into the game, so focus and take your time. 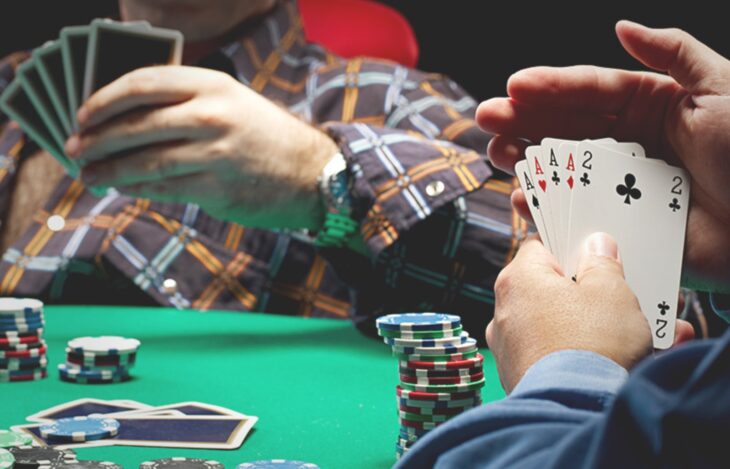 Now as easy as it is to play only your safe hands, it’s also as easy to be that one player that is slowly being pressured by everyone else until they get to a point where they lose all of their chips. You shouldn’t be the weak link because eventually, everybody will understand your playing style, so whenever you raise or bet, they’ll most likely fold or know that you have a good hand.

Sometimes it’s pretty smart to play your average hands as well, or if you’re feeling very lucky, some of your words hands as well. Showing confidence in the match will let others know that you’re serious and that you always have some tricks up your sleeve. This will make your play style a bit more unpredictable and is going to make it more difficult for others to read your moves, which decreases their chances of countering you.

How to Mix and Match Your Earrings?

How Hard Water Could be Hurting Your Skin