In Defense Of Dry Humping

Cameron Diaz shared her one rule to live by. “One should dry-hump as much as possible. It leads to great things. I’d prescribe at least once per day. What’s also nice about dry humping is that it can happen anywhere,” she told Maxim.

I could not agree with Cameron more. Dry humping is the most underrated sexual activity in my opinion. But sometimes I feel like the rest of the world doesn’t get it. When I was four, I was caught dry humping. I humped everything — boys, girls,stuffed animals. I didn’t discriminate. But this was the first time I got caught in the act by the nanny of the little girl I was grinding on top of. The girl’s mother suggested that I might have a “problem.”

This landed me in therapy.

I recall spending hour-long sessions making puppets hump each other. The therapist discovered that the worst of my problems was that I didn’t like it when “mommy and daddy yelled.” Other than that, there was not much else wrong with me save my love of clitoral stimulation. I was a hypersexual child, big deal. I continued to hump happily in private until I hit my doormat stage at age nine. 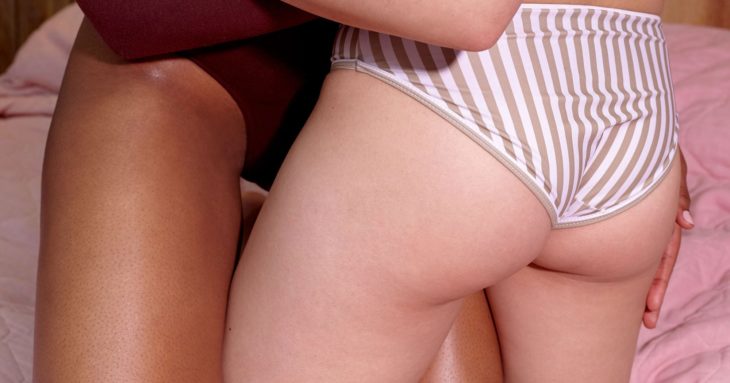 As an adult, I make a concerted effort to make dry humping a primary part of my sex life. I refer to it as “soft third” — a clean version of third base with no nudity or bodily fluids exchanged. Do you not see, people, what a beautiful act this is? As foreplay or the main entree if you are chaste or “taking things slow.” You get the guy (and yourself) hot while grinding privates, talk dirty until you are both light-headed, and possibly even have “clean” orgasms without fear of STDs, pregnancy, having to reveal unshaven bikini lines, or launder sheets. It’s the most perfect form of sexual activity ever invented!

The only issue is that most guys look at me like I’m an alien when I request a grind session. I don’t think it’s part of a man’s regular sexual repertoire or they just have never been humped properly.

Recently, one such confused man stumbled into my bed.

“I want to do soft third! Just trust me.”

By the end of our raucous romp he emerged from my bed sweaty and disheveled. He looked pleasantly dazed, as if he’d just discovered boobies for the first time. I was basking in clean post-orgasm bliss. He got on his knees and begged to stay the night. I declined, and reminded him that we were “taking it slow.”

“I didn’t know it could be like that,” he said.

“I’ve been working on my technique for a long time,” I replied.

Exercises at Home for Mothers and Kids

10 Reasons Why The Recession Is Good For Your Love Life

4 Tips For Being A Sexy and Confident...