iPhone 7 Vs iPhone 8 – Is the Upgrade Worth It?

A new model of the iPhone always comes with its fair share of promises. As customers, you always expect the next model to be better than the previous ones. If you’re on the fence about whether to upgrade from an iPhone 7 to an iPhone 8, we have you covered. In this article, we cover the many differences between these two models, and dig into their similarities, if any. 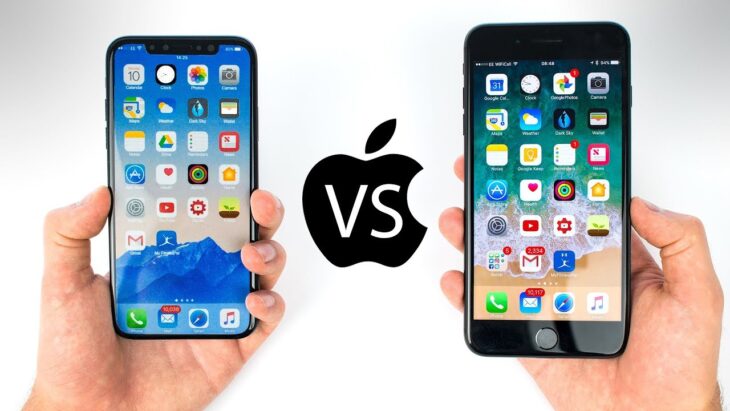 You may not be able to tell an iPhone 7 apart from an iPhone 8 at first glance. The two are almost indistinguishable with their bottom bezels and large tops. The former’s display also appears to be unchanged from the latter, offering more color options.

However, look closer, and you’ll notice that there is one major difference between the two phones. A difference that is staring you right in your face – the iPhone 8’s back. It comes with a glass back, instead of aluminum. This feature makes it fractionally larger and heavier than its predecessor.

Many critics argue that the improvements that Apple made to the iPhone 8 over the iPhone 7 are not tangible. Both these models’ displays look identical on paper. However, Apple has tweaked the display of the iPhone 8 to make improvements. Its equipped with True Tone technology, which is from the iPad Pro range. This technology reacts to light to ensure the correct balance at all times. Moreover, the display also supports HDR10 and Dolby Vision.

Other than that, both phones retain 4.7-inches LCD display and its 1334 x 750 resolution with 326 PPI density. In other words, display specs are almost entirely same. 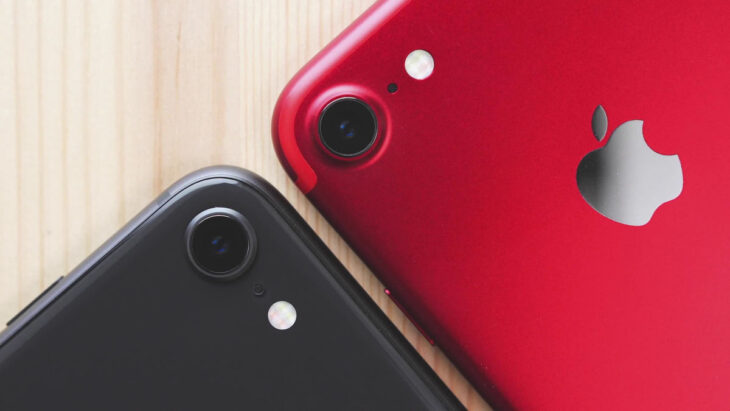 According to the benchmark set by many experts, the iPhone 7 and its 7 Plus counterpart, continue to reign supreme when it comes to being the fastest smartphones. Then the iPhone 8 made its appearance. How much faster is it? Based on claims made by Apple, the A11 chipset is 25 percent faster at top speed and up to 70 percent faster when idling.

Its graphics’ performance also claims to be up to 30 percent faster. The former also claims up to 70 percent faster multitasking capabilities. Essentially the newer model offers as good a performance as any other flagship in the market. The only factors that distinguish it from these expensive models are its less RAM capacity, its lower-resolution display, and its single rear camera.

This is yet another area where both devices are on par, at least on paper. Both models come with a 12 MP (f/1.8 aperture) rear and 7 MP (f/2.2 aperture) front camera system. The 8 plus is also the only ‘new’ model to have the dual rear camera system just like the 7+

Despite the similarities both devices share with regard to their camera system, Apple promises video and photographic improvements with the latter model. This is made possible by the integrated Image Signal Processor (ISP), which offers noise reduction, faster low-light autofocus, and better pixel processing. The iPhone 7 received flake when it came to its noise reduction and low-light autofocus capabilities. Apple remedies these complaints on the newer model. 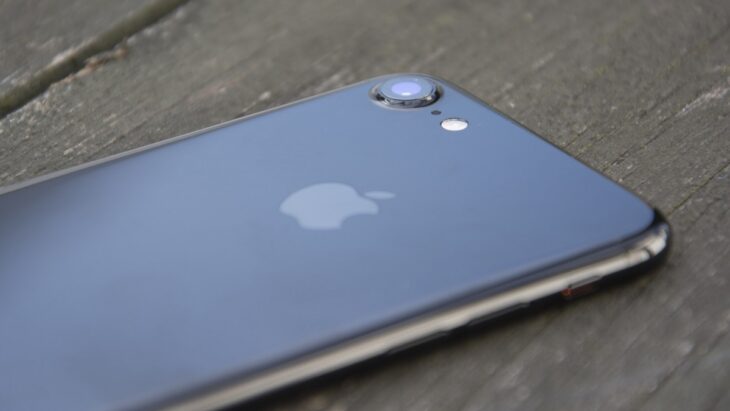 If you’re expecting a significant improvement in the battery life, you are in for disappointment. Its battery lasts about as long as the earlier version. The silver lining here is that in case your iPhone 8 dies out, it charges faster than its previous models. This advantage is made possible by Apple adding the wired quick charging feature, coupled with the Qi-compatible wireless charging function in 8

However, its wireless charging operates solely at 7.5 W, which is way lesser than the 15 W peak Qi charging support that its rival Samsung utilizes for its S8 and S8 Plus smartphones.

Both models are in stock at highly rated sellers like Phonebot & Kogan but unfortunately Kogan charges a lot more compared to Phonebot. Check the price for iPhone 7 & 7 plus here.

Both these smartphones boast the IP67 rating, which means they are water-resistant up to a depth of 1 meter. Both models feature the Touch ID and are resistant to dust. The newer 8 comes with the A11 Bionic chip, while its predecessor has an A10 Fusion chip. 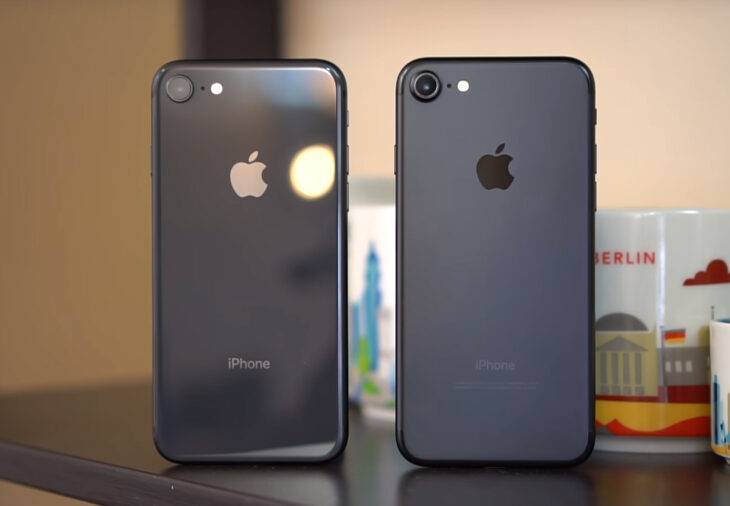 The iPhone 8 does not necessarily offer any dramatic change over its predecessor – be it its camera or performance. Therefore, trading your older phone for an iPhone 8 may not necessarily be an upgrade unless you own an iPhone 6 or 6S and are looking to upgrade, then the iPhone 8 is a steal.

With the iPhone 8, you get to keep the Touch ID, while enjoying the flagship performance. Comparing both these two, the newer one simply offers a slightly improved camera system and screen – factors that aren’t necessarily enticing enough for one to change phones.