Is Angelina Jolie trying to steal David Beckham from Victoria?

The tabloids say that Angelina has a crush on David since she visited London during Thanksgiving. Nobody’s saying did the two ever met or where and when did it happen. But some alleged insider told the tabloids that Angelina is texting David ever since. She is trying to convince him to collaborate with her on a charity project. But the truth is that she wants to steal him from Victoria and that the charity project is just an excuse for her to get close to her new crush. 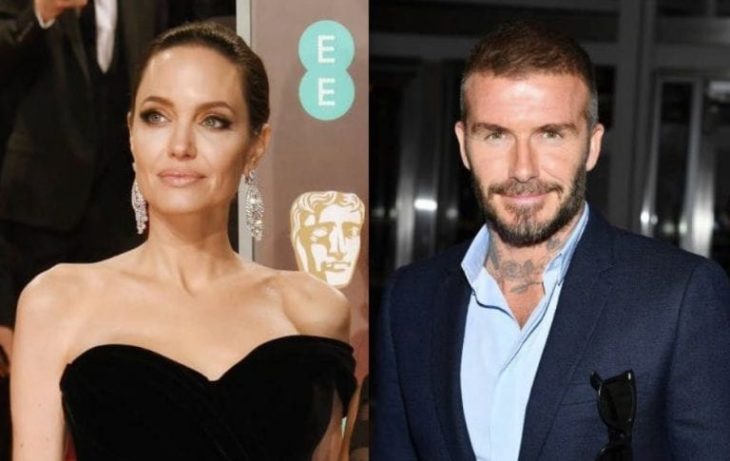 Also, the insider told the tabloids that the Beckhams are on the edge of a divorce, that they are living separately for months, that they don’t love each other anymore, and that the only thing they have in common is their kids. So, Angelina chose the perfect timing to get close to David, and everybody knows that when Angelina wants something, she gets it.

There are also stories about how Jolie plans to move to London, and that she can live there between her movie shoots and charity work. The insider told the tabloids that Victoria is trying to convince David to stay away from Angelina, but he is not listening to her. Beckham and Jolie have so much in common and David is very much impressed that this time Angelina is after him. All his life women are trying to get his attention, but this time when that woman is Angelina Jolie, it’s something different.

This may sound interesting, but we can agree that it is not that original. And when tabloids published everything in November, Beckham’s spokesperson told that nothing of this is true. Everything is fabricated, and the story about Jolie and David meeting is not correct. Also, the story about Angelina sending texts to Beckham is a lie.

One more thing that is a lie, is the claim that David and Victoria are separated. The claim that they are living their separate lives, that they are not in love anymore, and that the only thing that they have in common is their children is a hideous lie. They threw a New Year’s Eve party at their home in London, for their friends and family. They shared many videos from this night on their Instagram stories, especially David. In one story he kisses Victoria in front of a gigantic fireworks show. Victoria also shared a photo of her from the party on Instagram, alongside her husband and their four children. They all seem very much in love with each other and they looked genuinely happy.

We need to mention that Angelina’s divorce with Brad Pitt is not settled yet, and they didn’t settle the custody arrangements also. It is ridiculous that right now she is trying to steal a man that is happily married when she is battling her own legal battles with Brad. And, tabloids are saying she is secretly dating Jared Leto, another absurd claim. We can say with certainty that Angelina Jolie is not dating anyone at the moment, and she sure isn’t trying to steal David Beckham from his wife Victoria, or any other married man from his wife. Currently, Angelina is just focused on her kids.

Best Makeup Boxes Out There