The battle against photo manipulation, namely within the realm of fashion, is an ongoing one with no end in sight. It seems like more fuel is constantly being fed to the fire: a (stunning) size 10 model depicted as a waifish size zero here, an errant penis there. England was the first to ban an advertisement featuring a malnourished model last year, and it would seem that Israel took notes on the subject. The country gave the go-ahead to a new law on Monday, a mandate that forces all advertisements to explicitly admit to the usage of digital imaging in order to make a model appear slimmer. Liad Gil-Har, an assistant to one of the law’s sponsors, said, “We want to break the illusion that the model we see is real.”

There is also an additional clause in the legislation that will require a minimum Body Mass Index (BMI) of 18.5, which is the figure acknowledged by the World Health Organization as underweight or malnourished, for all models who wish to participate in advertisements for the Israeli market. It’s a positive testament to the country’s outlook that their top model, regarded as a national celebrity, is Bar Refaeli. Make no mistake, Refaeli is slim, but she’s also curvaceous, athletic, and ultimately healthy, lacking in the sunken-faced depravity made popular by European models. Yet Adi Barkan, one of Israel’s top model agents, affirmed that in his 30 years in the industry, he’s seen the models he encounters become “skinnier and sicker” as they exert themselves to fit inside the ever-shrinking caste of what’s considered desirable. Barkan attests that “they look like dead girls” — disturbing, yet not at all surprising. 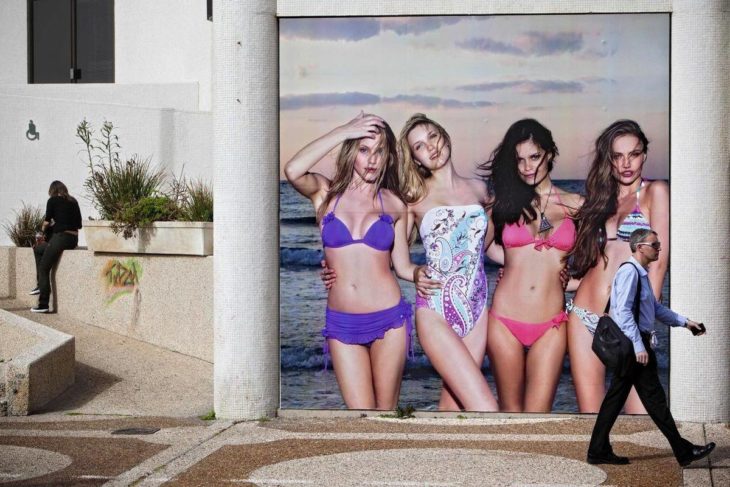 I do think that the standard the law has put in place is somewhat misguided, considering BMI is hardly a good indicator of health and fitness. Critics are in agreement: David Herzog, a psychiatric professor and a leading American expert on eating disorders, insists that “the health of the model should be evaluated.” Regardless, this regulation is absolutely a step in the right direction for the industry, and I hope Israel’s efforts make an imprint on other countries as well. [Huffington Post, The Gloss]

Do Not Want: Suspender Shorts

Fariba Rahimi: A Versace Model Who Transformed Into...