When I go to the gym —LOL if I ever did go to the gym — I use weights to work out, since that is what weights are for, but some people need more action than that. For instance, take this hot dude who works out with his cat. I can’t tell if I should laugh at him or feel bad for the cat, because I sort of can’t stop looking at his body, which is just what Travis DesLaurier wants everyone to do when they scroll through his Instagram. DesLaurier is a Canadian model and actor who describes himself on Instagram as “a Goofy Dude without a shirt, & my fluffy companion Jacob.” Jacob would be the fat orange cat that DesLaurier sometimes picks up and works out with.

He told Buzzfeed he got Jacob as a kitten because he was having a rough time. “I needed some type of unconditional love, so I said to myself, ‘Self, let’s get an orange, fluffy, soft kitten,’” DesLaurier said. It looks like Jacob and DesLaurier are doing just this fine these days goofing around on Instagram and making the internet and everything that goes along with it just a little better. DesLaurier is ripped and has enough tattoos to make his bro hair forgivable, and if you can look away from him working out with his animal, you’re a better person than I am.

Because a hot dude working out with a cat is everything you need right now, trust me.

Also, he obviously doesn’t take himself very seriously. He actually posts him and Jacob to Instagram and Snapchat for like, life. It’s basically a part time job, in addition to some modeling he mentions on his Instagram account. Jacob even has his own Instagram account and has “hella followers,” as DesLaurier told Cosmopolitan.

When your cats so fat you can workout with him ??? #bicepcurls #fluffybastard #meow follow @gabbfitness_ for professional tips! ?

He also told Cosmopolitan cat lifting is not for everyone. “I’m definitely going to throw a warning label up. Caution: be careful when you’re doing this at home,” he said. “Make sure you’re wearing proper clothing, you don’t want to get scratched! Me and Jacob, we’ve been cat scarfing for years now. We’re professionals.” And he doesn’t want anyone trying to steal his thunder, which is bound to happen eventually. DesLaurier said, “You can’t just jump into it. It takes years of practice, OK? This cat has been trained from day one. And that’s just it. If you have a very [calm] cat, you can go ahead and do it. If you don’t, then I don’t know.”

Look at him “making magic.”

And with Jacob again.

Happy May long weekend from Jacob and I, he says “meow” which means- He loves you! follow us on SNAPCHAT Travbeachboy #fluffybastard #happyweekend #loveyou 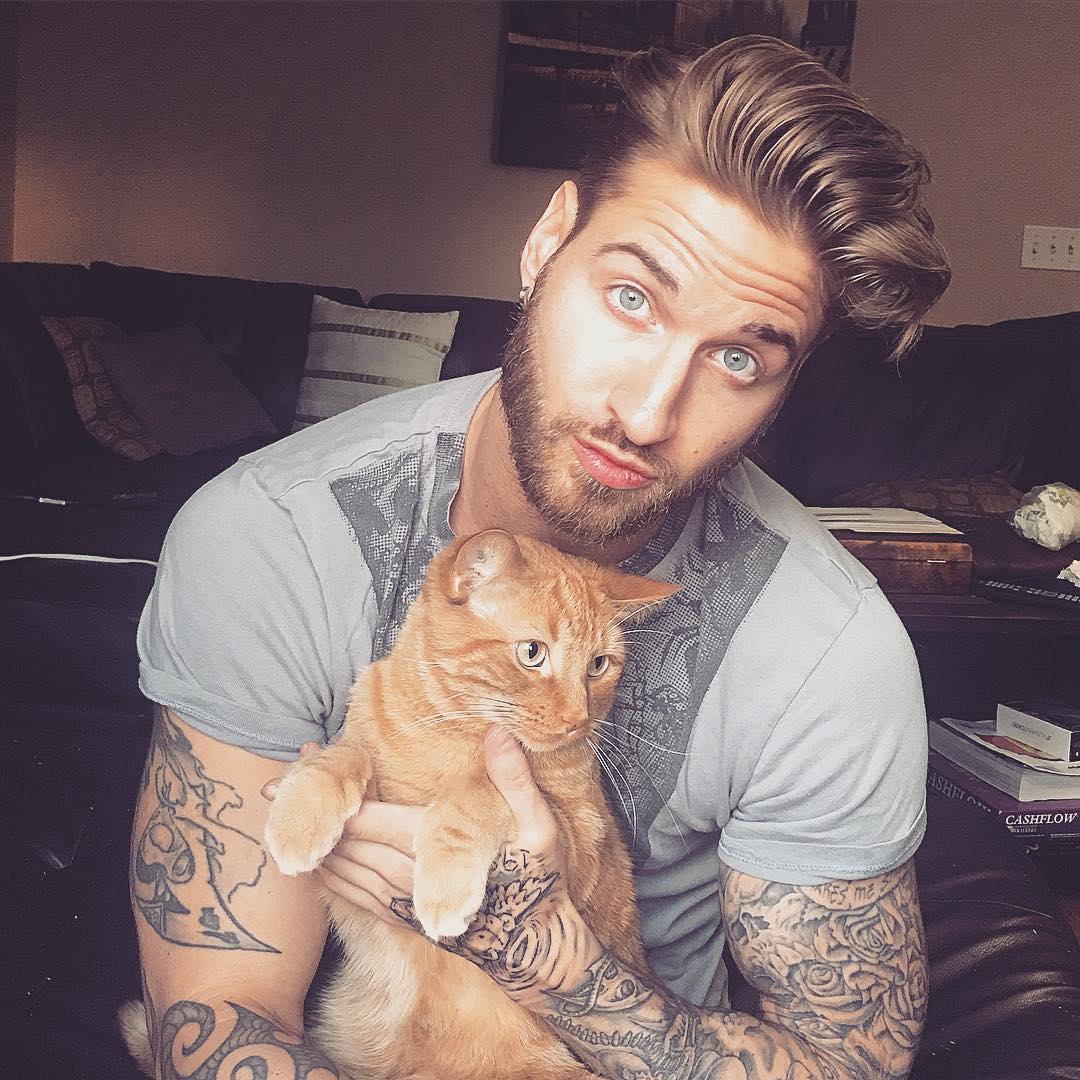 He’s thinking of making a cat workout manual. Screw Tracy Anderson, DesLaurier and Jacob are where it’s at.

Woman Fired For Getting Pregnant Out Of Wedlock, While Baby Daddy Offered Job At Same Place

Girl Talk: How I Beat My Past Self...