London is well-known as a cultural metropole. Numerous historic buildings, UNESCO heritage sites, palaces, museums, art galleries – there are countless activities and attractions for culture lovers. Admire masterpieces of the most influential artists, stroll through lavish rooms of the royal family to find out their secrets, visit performances and events in numerous theaters of London. The culture program of the British capital is falling apart at the seams, so don’t hesitate and step up to exploring the fascinating city of London. 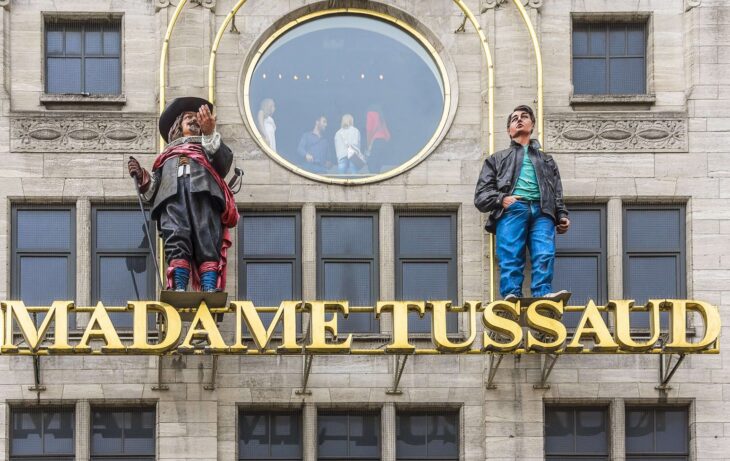 Madame Tussauds museum is one of the most renowned in the British capital. Its history goes back to 1835 when the sculptor Marie Tussaud started to exhibit her wax figures. In fact, the first sculpture created by madame Tussauds was Voltaire. Nowadays, in many other cities such as Beijing, Vienna, San Francisco, New York, etc. branches of Madame Tussauds are also opened. Concerning the main museum in London, it’s located on Marylebone Road. There are various types of tickets, but the prices by purchasing online, in general, are the following: £28.50 per standard ticket, £25 per adult as a family ticket, and £20 per birthday package. The whole area comprises numerous zones, namely Music, A-List, Royals, Marvel, Star Wars, Sport, World Leaders, Film, Culture, Bollywood, and Fashion Week. It’s highly recommended to visit this attraction at least once in your life as it’s actually impressive how natural the wax figures look.

To find out more about spectacular sights in London and book a hotel at affordable prices, visit hotelfriend.com. 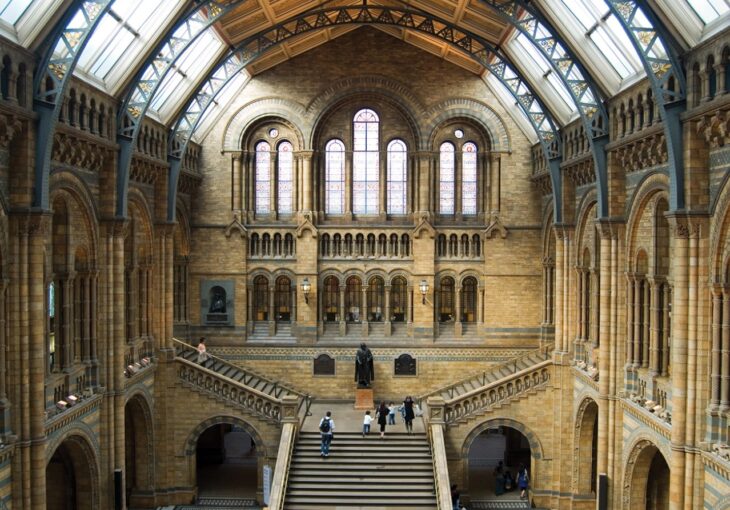 The collection Natural History Museum, located on Exhibition Road, is literally enormous as it comprises 80 million items. Particularly famous is the museum due to its exhibition of dinosaur skeletons and specifically the skeleton of Diplodocus, which is situated in the central hall. Besides, a 25-meter blue whale hanging at the top of the hall looks majestic indeed. The best news for tourists is that the entrance to the museum is free. However, some of the exhibitions can be fee-paying. The museum boasts of both permanent and temporary exhibitions e. g. well-liked Wildlife Photographer of the Year gallery. Also, there is a diverse program for kids and families that includes interactive activities as well as some cultural events. 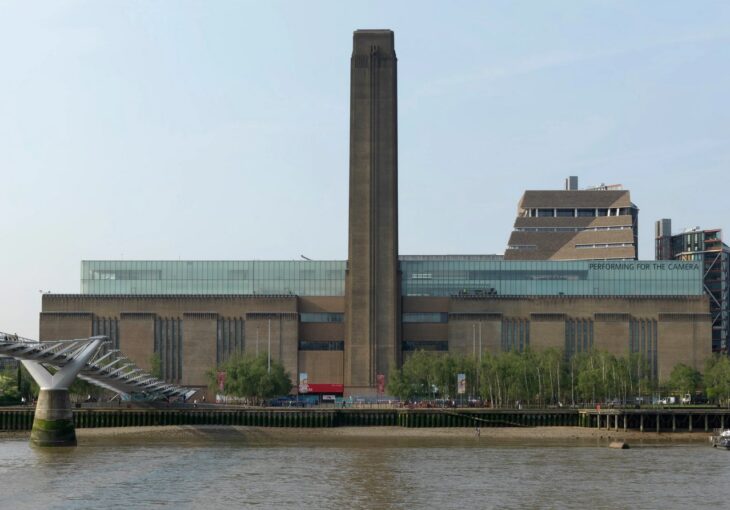 Tate Modern is regarded as one of the biggest museums of contemporary art in the world. Its location on the bank of Themes in the former Bankside Power Station leaves a great impression from first sight. Here, you can admire the works of prominent artists from 1900 till modern days. Сonstellation of genius and their significant works are exhibited in the gallery, among them Cézanne, Matisse, Picasso, DalÍ, Pollock, and Monet. The entrance to the permanent exhibitions is free of charge, but some special events are fee-based. 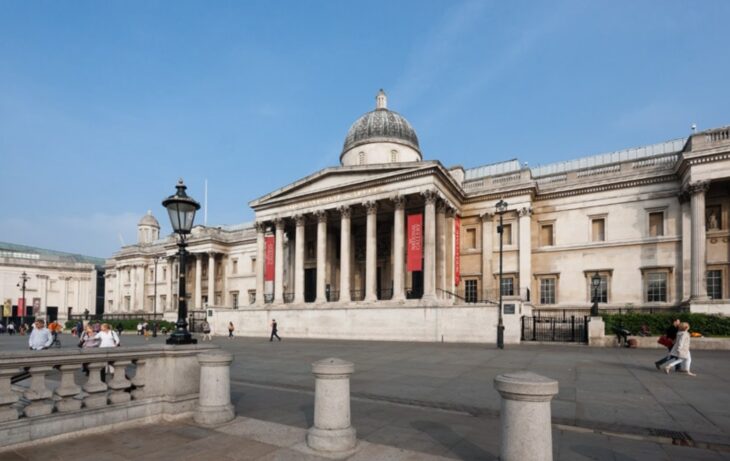 The ones who want to touch the beauty and enjoy strolling through the world-renowned masterpieces should head to the National Gallery. Its large collection includes the paintings of Leonardo da Vinci, Rembrandt, Renoir, Van Gogh, etc. The gallery is rated in the top 5 most visited art museums in the world, and it’s not for nothing. The current exhibitions are “Sin” that embraces the works of Bruegel, Velázquez, Warhol, Emi, etc., “Titian: Love, Desire, Death” demonstrating the sensitive interpretation of classical myths, and “Artemisia” – an exceptional female view of Italian art. The National Gallery is located on Trafalgar Square and the entrance is free, making it one of the most beloved attractions in London. 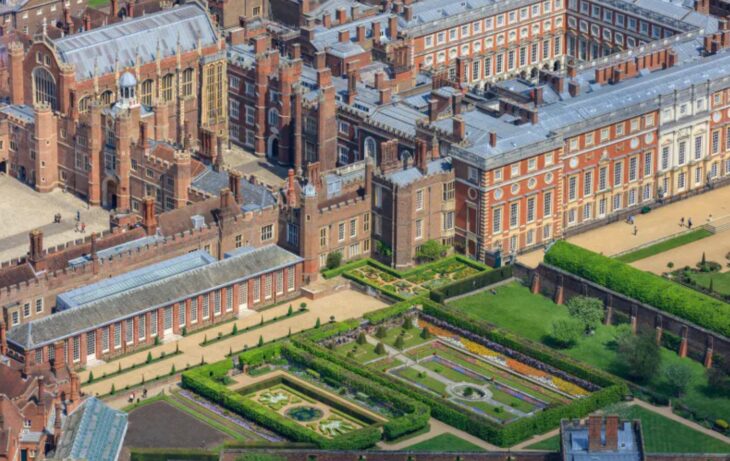 London takes pride in its countless historic buildings and palaces. One of them is Hampton Court Palace. Former Henry VIII’s favorite royal residence provides an unforgettable experience of rambling through charming gardens, exquisite rooms, Great hall, and Tudor kitchens. Built in 1514 in Tudor and Baroque architectural style, it preserves its magnificence and royal atmosphere till modern days. Such parts of the palace as the Hampton Court Maze and grapevines can also be of particular interest for visitors. The attraction is nestled 19 km southwest of London, East Molesey, Surrey. In terms of entrance prices, a ticket for adults costs £24.50, and the price for a child ticket is £12.20. 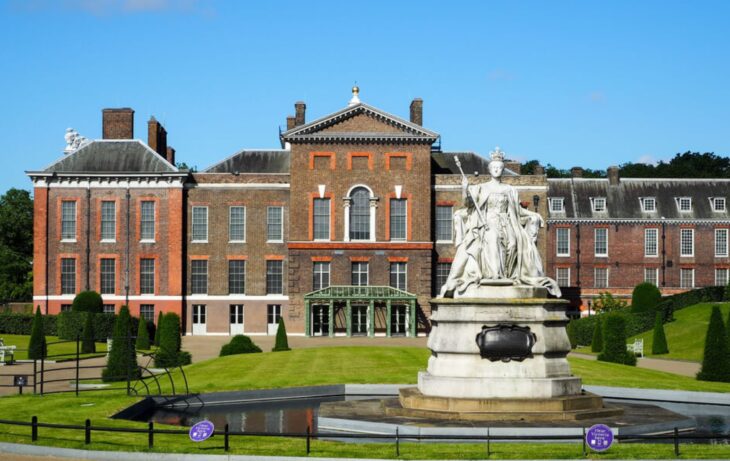 Another majestic building, Kensington Palace, serves as a residence of the British Royal Family since the 17th century. Built in the Baroque style, it was the birthplace of Queen Victoria and the place where she spent her early childhood. Thus, there is an exhibition showing the story of Princess Victoria on her path to becoming Queen. Besides, it used to be the residence of Princess Diana after the marriage and till her death. In the palace, you can find her outfits and track the evolution of her splendid style. Today, Prince William, Duke of Cambridge and Catherine, Duchess of Cambridge are based in the palace. To explore magnificent royal rooms and gardens, you have to buy a ticket. The prices are the following: adult: £17.00, child: £8.50. 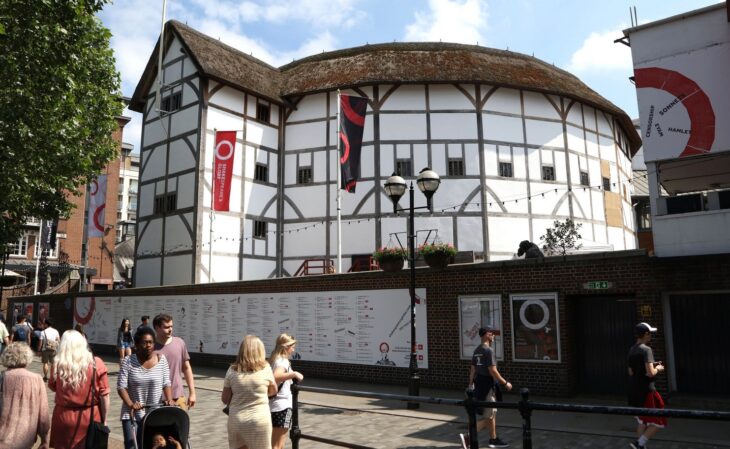 The Globe is a recreation of the theater built in 1599 where Shakespear worked and put his plays on the stage. Samuel Wanamaker, an American actor and director, strived for realizing his dream to build an exact copy of the Shakespear’s original theater. Thus, a team of historians and architects pulled out all the stops to recreate the world-renowned theater in detail. Finally, in 1997 the Globe opened its doors to the public one street away from the place where the original was located. For Shakespeare’s admirers, there are tours all year round that will make you acquainted with the history of prominent theater from the early days till modern time. Today, you can attend various shows, events, and festivals. Besides, the Globe is an educational center with free online resources for teachers and a podcast called #SuchStuff. The theater is located on the bank of the River Thames, its address –  21 New Globe Walk, SE1 9DT.

We hope that this shortlist will help you to satisfy your striving to soak up the local culture. Revel in your greatest trip to London!

Tips for an Awesome Trip to Orlando