Love Icons: How My Grandparents Give Me Hope

There’s something to be said about old love. I’m talking about the kind of love that spans years, generations and lifetimes. Love that persists through heartbreak, struggle and pain, and manages to trump it all in the end. I’m talking about Cinderella stories and black-and-white kisses that make us weep— tales so rare that they seem unachievable.

But all magical romance novels and love stories have a muse: the knee-weakening embraces, long stares and growing-old-together couples who make us forget that we live in a world of divorce and prenuptial agreements, and, instead, give us hope that the unachievable actually exists. Claire and Bill Oldenburg, my grandparents, are my hope.

My Grandmom and Grandpop met when they were 17 and 16 years old, respectively. Both of their fathers belonged to the same lodge (which I can only assume was something like Kellerman’s from “Dirty Dancing”), and brought along their wives and kids for Family Night. It was at this “affair” (as my Grandmom called it) where Claire and Bill met for the first time. I can only assume that my quick-witted grandfather pursued my grandmother by heckling her until she agreed to go on a date with him, a mischievous boy one year her junior. And whatever he did must have been pretty persuasive, because he convinced her to let him take her canoeing on their first date — a risk for my grandmother, who can’t swim at ALL. When I asked her how their date went, she replied, “Well, he didn’t tip the canoe over and we’ve been married 67 years, so I’d say it went well.” I would have to agree. 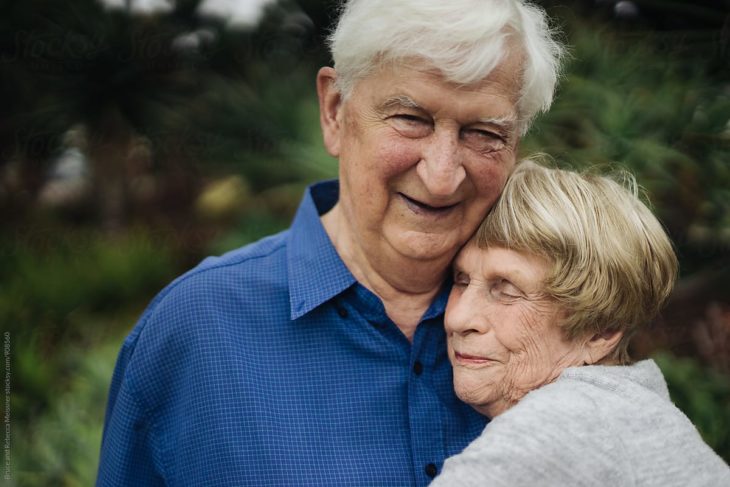 I’ve had the pleasure of watching my grandparents grow old together, sharing some of my fondest childhood memories at their home, which my grandfather and his dad built together. When I wasn’t climbing the tall birch tree in their backyard, riding around their lawn in the Barbie Jeep I shared with my sister and learning how to play cards by peeking over my grandfather’s shoulder, I was watching the two of them. To this day, and always, they function as a unit. They finish each other’s sentences, reach for the mayo at the same time and exchange witty banter like teenagers. I could listen to them shoot zingers at each other all day. And as the years go on and their bodies deteriorate, their love has only grown stronger. I think, maybe, because it has to. Now 91 and 90 years old, they rely on each other more than ever to keep going. And, frankly, I don’t think one would really know how to function without the other— not because they couldn’t, but because, in their eyes, there would be no point.

She fixes him bologna sandwiches. He helps her get dressed. She tells him when lunch is ready by yelling into a bullhorn when he insists on doing yard work. He walks behind her walker when she’s shuffling around the house, just in case she loses her footing. She repeats everything she says three times loudly because he refuses to wear hearing aids. They take naps together, live together, and breathe together. And they wouldn’t have it any other way.

Of course, it hasn’t always been smooth sailing. After 68 years of marriage, a couple surely has their hardships. When I asked my grandmother to tell me about one of the biggest struggles in their marriage thus far, she told me how she and my grandfather lost a baby in between their second and third children. At seven months pregnant, Claire miscarried a baby girl and was forced to give birth as if she had been full term. “He stuck by me through everything, every step of the way,” she said. “It was hard.” She then hollered at my Grandfather, hoping he might be able to chime in: “Bill! What’s something we’ve struggled through in our marriage?” To which he yelled out, “Me!” She laughed like she was 17 again. 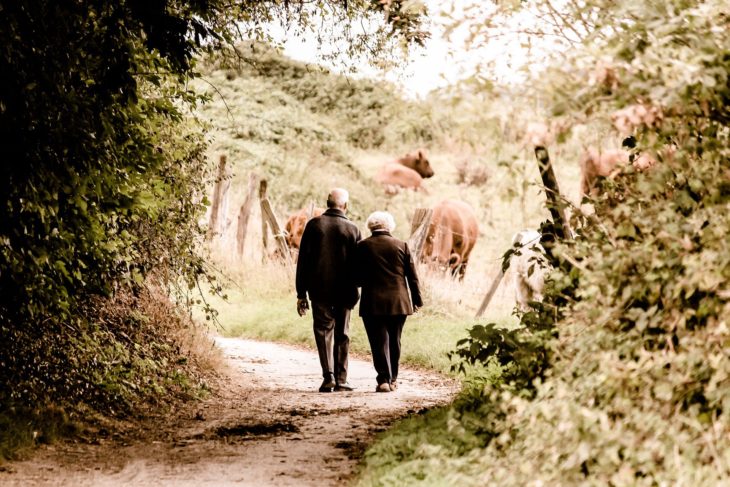 They’ve made it through cancer, war, the deaths of their siblings and best friends, their childrens’ divorces and unimaginable losses, but at the end of the day, they persevere because they have each other. Visiting my grandparents is refreshing (aside from the fact that Grandmom likes to leave her heat at ninety degrees); a reminder that everlasting love is out there. They laugh at each other, tell jokes and sit to watch their favorite “programs” together, genuinely enjoying each others company, even after all these years. Their togetherness is a way of life. And even though their “life,” might not seem like much of one to many, as my grandmother’s body slowly shuts down, and my grandfather’s mind does the same, they remain in love. When they look at each other from across the room, even if it’s just because my Grandfather can’t hear what the hell my Grandmother is saying, their eyes do all the talking. I can only assume my Grandfather is thanking his lucky stars he didn’t tip that canoe.

So when I asked them to share their secrets to a happy 68-year marriage, I wasn’t at all surprised by their answers.

“We just made up our differences. You have to talk everything over if you want to stay together,” Grandmom said. “It will work as much as you want it to.”

And then Grandpop got on the phone.

“The key to a happy marriage is doing whatever the woman wants,” he said. “Just don’t tell her I said that.”

I couldn’t see them, but I knew what was happening on the other end of that receiver. Grandpop was standing in the kitchen, looking into their living room where my grandmother sits, smiling at her.

10 Signs She’s Just Not That Into You