Among the artists who have had a strong expressive yearning in the field of arts, soprano Lucia Aliberti, one of the most renowned opera singers, who celebrated 40 years of her international career in Berlin and on that occasion also received the prestigious prize “Bellini d’Oro” after the Concert at Gendarmenmarkt. 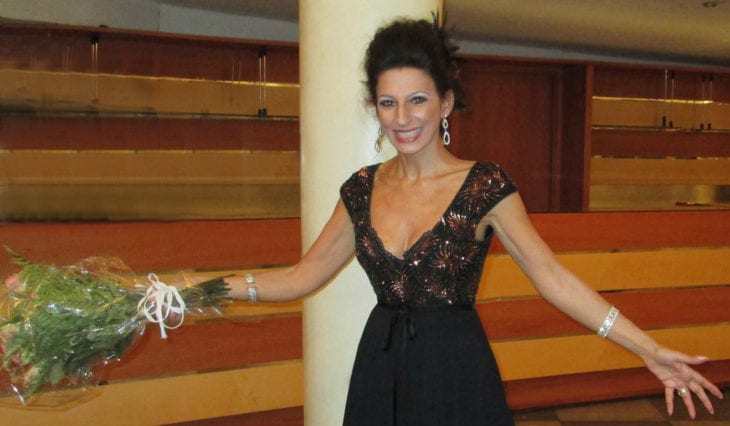 The city of Berlin has always had a peculiar significance for Lucia Aliberti, since it is in Berlin that she started her career at Deutsche Operas the main character in Donizetti’s  “Lucia di Lammermoor” and had such a success that even Herbert von Karajan went to hear her and then started following her with great interest. Precisely “Lucia di Lammermoor” has become her signature role which, among all other operas of Belcanto she interpreted, she has sang in the most important opera houses of the world: from the Teatro alla Scala in Milan, to Covent Garden in London, the Metropolitan of New York, the Colon in Buenos Aires, the Staatsoperin Vienna, the Opernhaus in Zurich, the BayerischeStaatsoper in Munich, the Hungarian State Opera House in Budapest and others.

For the celebration of her 40 years of musical career this video sums up and underlines all her technical and vocal skills and the experiences of the artist that interpreted almost all the plays of the 19th century Belcanto, performing even for Royals, Heads of State, Pope Wojtyla during the global Jubilee of the Families in the Vatican and for many other international personalities.

Lucia Aliberti graduated at the Conservatory with the highest grades. During her studies, the arts dedicated herself not only to singing but also to the practice of various musical instruments, such as the piano, the violin, the accordion, the guitar, etc. and composed pieces for songs, piano, flute, violin, and clarinet.

Extremely young, after winning the Enal contest and the Spoleto contest she started her career with Bellini’s “La sonnambula” at the Spoleto Festival with the artistic direction of Giancarlo Menotti. 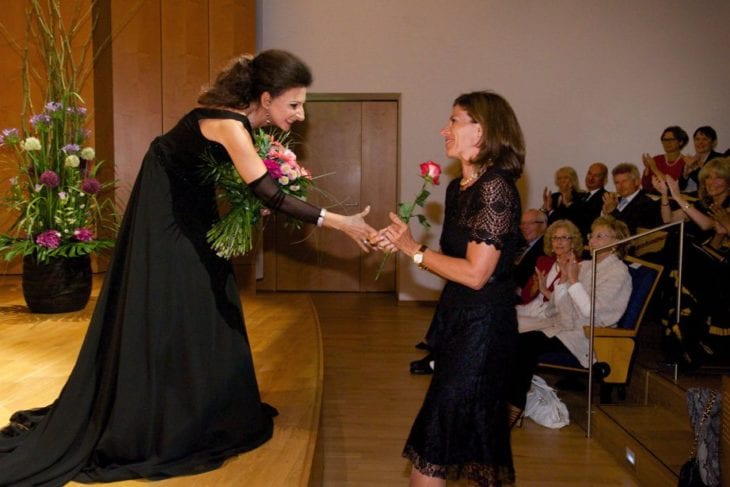 Her musical education, her strong personality united with a great will have brought her to perform in the greatest Opera Houses and Concert Halls in the world. She was the Guest Star for great international events such as: UNESCO, UNICEF, Charity Galas, UNITALSI, Special Events, and Galas.

Besides the already mentioned Premio Bellini to honour her career, Aliberti has also been rewarded with the Golden Feder in Hamburg, with the Premio Callas in Milan and the Iso d’Oroin Graz.

Lucia Aliberti has been defined as the “Primadonna assoluta” of the belcantistic repertoire for her artistic features.

She is considered one of the most appreciated representatives in the world of the Opera and her vocal technique, along with her professionality and her profound musical expertise, gave her numerous opportunities to explore other musical genres even crossing over with Artists like Michael Bolton and Andrea Bocelli.

The recently published video testifies and sums up the key and most important moments of the long professional international career of this versatile artist.

How much can you earn as an online tutor