My roommate, who I’ll call Violet, borrows my clothes without asking and eats my food too. I don’t understand why she can’t buy her own stuff. She usually targets my chocolate. I don’t know how to talk to her about it. Recently, my friend said that while I was away at a family member’s funeral, she was wearing all of my clothes. She never even texted me like, “Hi, can I borrow this?” We want to be roommates next year because we’re good friends, it’s just that I want to set some guidelines and I don’t want to ruin our friendship. Please help because we have two months left and I am about to lose it.

I’m going to try to get in Violet’s head here. Maybe she grew up in a family where she, her sisters and/or her mom shared clothes. Maybe she grew so used to that dynamic that she feels that this is how women who live together operate. Maybe, in some twisted way, this is Violet’s way of saying that she considers you as close as a family member, like her wearing your new gold-sequined bolero is a statement of unity. It doesn’t make it okay, but if she’s as sweet as you say she is, then it’s a possibility. 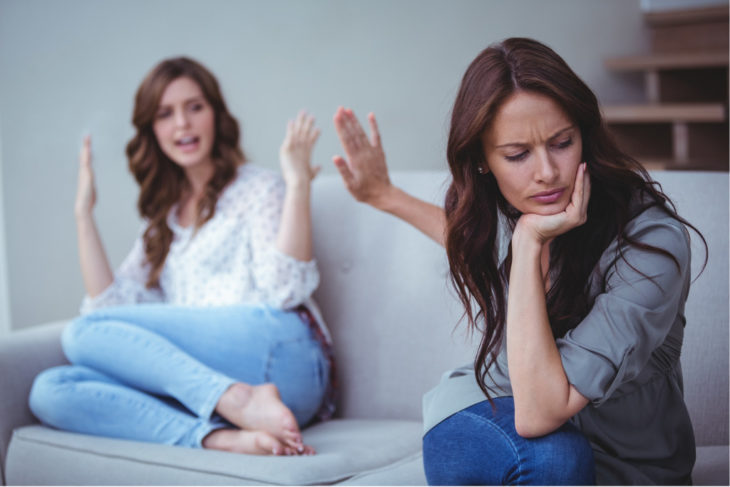 As to why she doesn’t buy her own stuff, as a former clothing their, I’d say it’s more fun to take someone else’s stuff. I used to steal my sisters’ clothes and makeup constantly. Sure, that’s when I was in sixth grade, was convinced I was going to marry a New Kid on the Block and wore neon blue coolats on a regular basis, but yeah, I’ve done it.

The key is that in sixth grade, I had no concept of boundaries with the people I lived with. Now I know that this behavior is immature and disrespectful. Unfortunately, Violet has not been enlightened on the issue. It now falls on your poor shoulders to communicate your displeasure with this willy nilly borrowing bullshit.

I’m horrible at confronting people, especially my friends. I’d rather listen to my father give an annotated Powerpoint presentation about his favorite WWII battleships than tell a friend I’m annoyed with one of her behaviors. However, I’ve come to realize that I’m better at expressing displeasure when I pretend like I’m Larry David from the TV show “Curb Your Enthusiasm.” If you aren’t familiar with him or the show, watch some clips on YouTube.

Like I was saying, I’d try to channel Larry David on this one because he has this way of finessing his disapproval. He plays it off like he’s musing out loud and simply letting you hear his thoughts. So, in true Larry David style, this is what I’d say to Violet, word for word:

“You know, to be honest, when you borrow my clothes without asking and eat my food without my permission—it’s not my favorite. I’d like to renew our lease so if you can agree to ask before you wear my clothes or eat my food, that’d be great.” 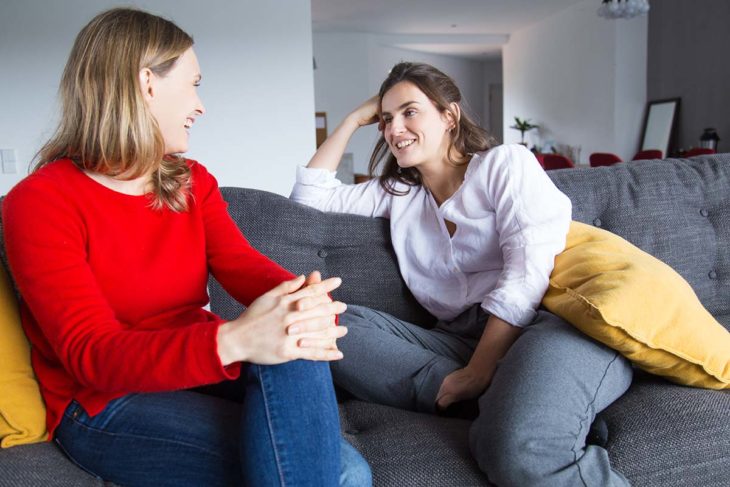 Hear what she says. If she’s normal, she’ll quickly realize the error of her ways and leave your stuff alone. This problem can most likely be solved with one conversation unless she has some sort of aversion to respecting people’s boundaries.

As for the food, maybe you chocoholics can agree to chip in for a bag of Hershey Kisses for the house. Communal chocolate should be a house policy.

Then, see how the next few weeks go and if she truly changes her ways. If she slips back into her old habits, then I’d say, “I gotta be honest here. I’m not comfortable living with someone who doesn’t respect my clothes and food. If you can leave my stuff alone, I’d happily re-new our lease. If you can’t keep your mitts off my Kit Kats, then we should look into other living options.”

Make It Stop: “My Ex Isn’t Remorseful For Treating Me Badly”

Dating Don’ts: How To Travel As A Couple Without Killing Each Other