Make It Stop: “Smoking Is A Dealbreaker, But My Boyfriend Can’t Seem To Quit”

I’ve been dating my boyfriend—let’s call him Smokey—for over two years. I love him very much, but there’s one problem that you’ve probably already guessed: he’s a smoker. He was a smoker when we got together, which I told him was a dealbreaker, but he assured me that he was quitting and begged me to be patient with him. To his credit, he’s tried patches, gum, hypnosis, anything to help him quit. None of it’s worked. It seems we’re in a cycle where he says he’s going to quit, smokes compulsively out of anxiety about his upcoming quit date, quits for around three weeks, then starts sneaking cigarettes here and there until his habit resumes full-force. We’re starting to talk about marriage, but I’ve made it clear that I don’t want to marry a smoker. He promises that he’ll quit by the time we have a wedding, but deep down I don’t believe he can do it. And I know I won’t be able to enjoy our wedding or married life if he’s still a smoker. What should I do?

My heart breaks for you. Smoking is a notoriously tough habit to break so your apprehension to move forward with a wedding is totally understandable. His habit turns you into a nag. It makes you feel disappointed in him, not to mention the economic drain and health risks associated with smoking, which will have a negative impact on you both. 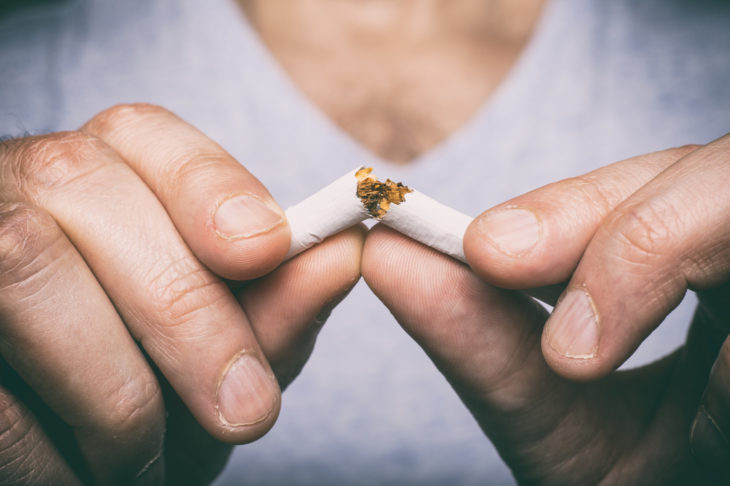 The first thing you can do it to evaluate how likely it is for him to truly quit. Does his family smoke? Or his social circle? Or his co-workers? That might tell you what you’re up against. He might use his smoking to bond with those closest to him or as stress relief, and if he doesn’t have a solid support system in place apart from you, it will make it much harder for him to change his long-held habits.

Next, if you’re still not sure if this relationship is worth fighting for, make a list of pros and cons of staying with him. See if that gives you any clarity.

If you’re still undecided after your pros and cons list, you might have to live with this uncertainty a bit longer until your heart knows for sure. Maybe the answer will come to you when instead of sleeping in on a Saturday morning, he leaves you to grab a smoke outside then comes back to bed and smells like an ashtray. Maybe it will come to you when he excuses himself during brunch for the third time in an hour to grab a smoke, leaving you to poke at your spinach omelet alone. Maybe it will come to you when insists on only staying hotels where he can smoke. Or refuses to take long flights. Maybe you’ll see his yellow fingertips or hear his incessant coughing and realize that this isn’t the relationship for you.

Listen, I’m not a doctor, I’m just someone who has dated a smoker in the past and my answer speaks to my experience. I don’t purport to know what’s best to treat smoking, but I do empathize with the frustration you feel. With that said, in my limited experience with this issue, it appears that he can’t quit smoking for you; he has to quit it for himself. Because he feels ready to quit. Until that happens, you’ll both be spinning your wheels. And, until he gives up smoking for good, your lifestyles are incompatible, the same as if he were an alcoholic or a gambler or had any other addiction that would directly impact your quality of life. 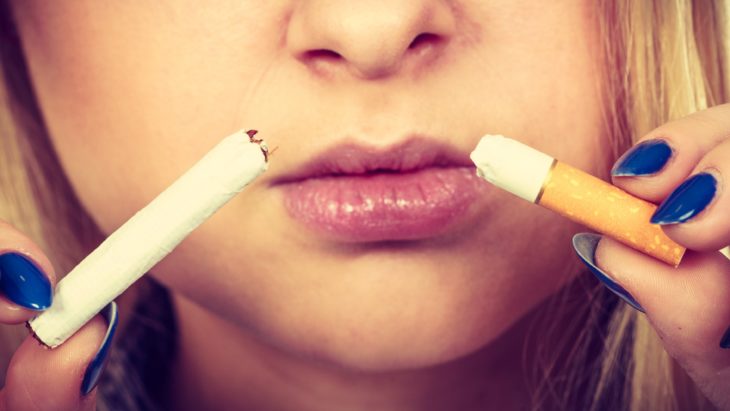 You know your options: stay, leave, or do nothing until your heart knows whether to stay or leave. I can’t tell you which one to do. Maybe you should take a break and tell him to call you when he quits smoking for good. That would give him the incentive to quit while giving you some space to see if this relationship is truly right for you.

If there’s any good news, it should be that you’ve learned a valuable lesson: accept people for who they are when you start dating them. Waiting for people to change isn’t fun and it’s rarely successful. You went forward with the relationship against your instinct, and now you’re paying the price for it. I’m sure you won’t let that happen again.

Readers, what do you think? Have you ever dated a smoker? Do you think it’s grounds for a breakup? Was your partner able to quit to save the relationship? Tell me in the comments.

Mommie Dearest: Being A Stay-At-Home Mother Is A Job, Not A Hobby, And Nothing Like Doing Heroin