Make It Work: Handle The Interview, Don’t Let It Handle You

Like online dating and stopping to talk to people you haven’t seen since college at Urban Outfitters while shopping for underwear, job interviews are a necessary evil. If you have a job, you got that job because you put on your fancy “interview pants,” took a long lunch and went to an office somewhere to sit across a table from a stranger to talk about your resume for 45 minutes. Some interviews are worse than others. I’ve been in interviews where I sat in a conference room for three hours, while a parade of people plopped in front of me and asked me the same questions. I’ve been to 15 minute interviews where it was clear from the start that I wasn’t going to get the job. I’ve made mistakes and killed it in the same 45 minute span. I’ve learned a lot, and I’m here to help. Here are some things that you should NOT do on a job interview.

There’s this thing that happens with job interview prep that always, inevitably makes me late. I underestimate the amount of time it takes to get to my interview destination, hustle to the subway, and about five minutes into waiting for the train to arrive, I realize I have to take a cab if I’m going to make it, and then I still show up flustered and weirdly sweaty. Even if you’re the kind of person who is always, consistently on time, I guarantee that you will  somehow end up being late to a Very Important Interview. Leave 15-20 minutes before you normally would, because once you leave your house, a world of uncontrollable circumstances await. You could walk into a truck, or the train could be late, or your car could break down. We have absolutely no control over the external forces lying in wait, sabotaging our chances at getting a job. If you want to try to exert a teensy bit of control over this, leave early. You can always chill at a Starbucks until it’s time to arrive, fresh and pit stain-free. But if you are going to be late, let them know, stat. 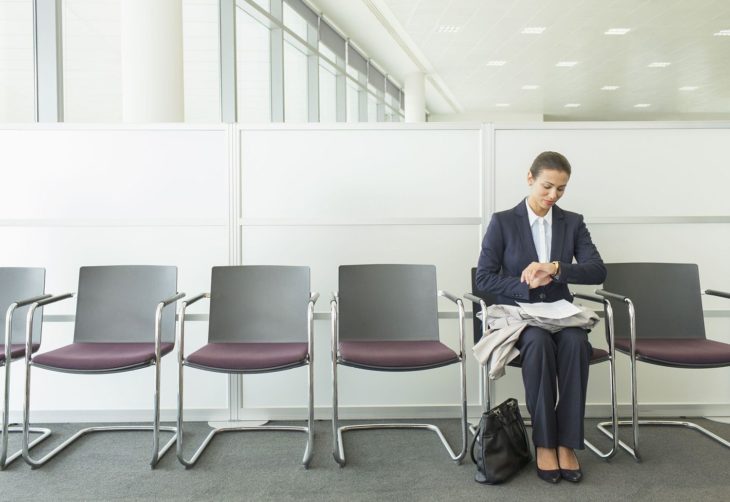 Or, do, but only after they have. Maybe. I’ve been to very informal interviews, at start-ups and internet-y places, where the person looking at my resume is usually younger than me, and kind of frazzled having been torn away from whatever they’ve been doing. Sometimes, as we’re talking and chatting and you know, vibing, they’ll lean close and drop an f-bomb in conversation. That f-bomb sits on the table like a challenge. You can either accept the challenge and integrate maybe a casual “shit” into your answer about your greatest strengths, or you can hold fast and not. I’ve sworn in a job interview and gotten the job. I’ve also been the kind of buttoned-up, business professional person that I’m decidedly not in real life, said “shoot” instead of “shit” during an interview and not gotten hired. Use your best judgement and feel out your audience.

3. No one likes a gossip

If you’re back on the job market after layoffs, or last worked at a company that you hated with every fiber of your being, the inclination to unleash the vitriol that hovers just under the surface is high. The thing to remember, though: No one likes a gossip. Even if your preferred method of interpersonal communication is walking through an itemized list of faults possessed by your last supervisor, resist that urge at job interview.

The world is small, and you actually don’t know who the other person knows. You could be diplomatically scratching the shit-talking itch, dropping pointed yet polite barbs about your old boss — “I loved working for Barbara … when she was actually around” — but the person doodling on your resume as you babble could be their BFF or a past mentor. The point is, you have no idea who you’re talking to at any time, so just assume that everybody knows everyone else, and don’t talk shit. 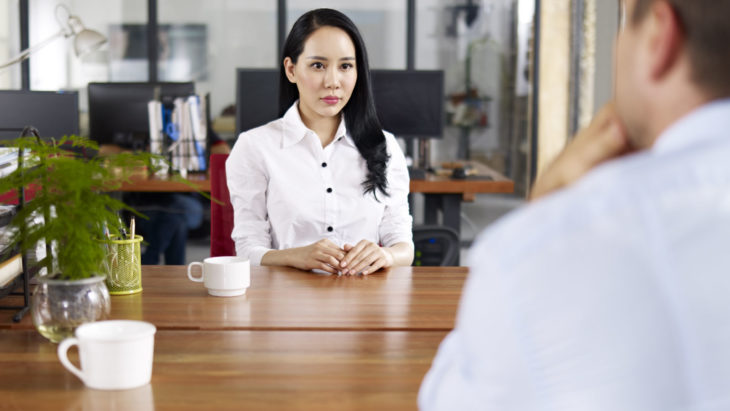 If you didn’t lie on your resume — and you shouldn’t have — then you should be able to tell the whole truth and nothing but the truth in your interview. Lying is an art and a valuable life skill that comes easily to some. If you are a born fib-tellr, resist your natural urge to massage the truth. When someone asks you if you have experience managing people and the only thing you’ve managed at work is a wide range of browser tabs and five Gchats conversations, don’t say yes. Tell the truth. I was once on a phone interview with a real hard ass who went down a list of software programs, asking if I had experience in all of them. I got the sense that whatever I said here would make or break my candidacy. Yet, I am also the person who can’t even manage to lie about taking my roommate’s last beer. So, I was honest, and I still got the job. When I asked my coworker about what had struck her about me in the interview, she said she told our boss that she liked that I didn’t lie. If there’s something you don’t know how to do, own up to it — and then emphasize that you’re a quick study.

5. Talking about money from the start

Some people look for a job because they are creatively or professionally unfulfilled. Some people look for jobs because they’re being paid a pittance for what they do, and would like to pay off their student loans before they die. Most people look for jobs for a combination of the two. Whenever I talk to my parents about a new job offer, the first question out of their mouths is about money. Honestly, this is my first question too, but I don’t show my hand too early. I’ve never asked about pay at an interview, no matter how badly I’ve wanted to.

For an employer, asking about compensation in a job interview is a huge red flag. It indicates that you don’t care that much about the actual job, the company, or all the nice things you’ve been saying for the past 20 minutes. To them, you see them as a giant bag of gold, and nothing more. Here’s the thing: We know you’re in it for the money. Why else do people work? If you make it far enough, you’ll figure out what the compensation is like, and whether or not it’s gonna work for you. There’s nothing worse than going to an interview for a job you really want, finding out how much it pays, being so sure that you’re going to get the job that you start crafting fake budgets around what could be your new ballin’ salary, and then not getting job.

The best way to prepare coffee at home