Make It Work: The 6 Coworkers We All Have

Work is kind of a slog as is, but if you work with people you hate? Well, start looking for something else, because the people you surround yourself with in the office are almost as important as the actual job itself. We can’t all be blessed with coworkers that are competent facsimiles of our best friends. Instead, coworkers are really the siblings you never knew you wanted, but ended up with anyway. Everyone is a special snowflake, so your results may vary, depending on industry, office or geography, but these are the five kinds of coworkers everyone has.

1. Work Spouse: This is your ride or die, office-wise. The one person who you go to lunch with always, who you Gchat first in the morning, who you get coffee and talk shit with in the afternoon, and who you walk out with when the day is done. This person knows more about you than maybe your actual partner. You and your work spouse say things to each other like, “We would date if we weren’t coworkers,” or “You understand me better than my actual partner.” You’re never going to actually leave your real partner, if you have one, but it’s nice to have someone on your side in the workplace. That’s your office spouse. Cherish it. Don’t fuck it up.

2. The Dumb Dude: There’s always one! Usually, they’re super-chatty and not quite aware that they’re racist, or ignorant, or whatever, but they will always be the first one in the office to offer their hot take on whatever they see fit. I once overheard a conversation at work in which a dude said straight actors playing gay men was similar to white actors in blackface. That’s not quite racist, but it’s also not quite right, either. The dumb dude is the one who says all of these things out loud and then blinks rapidly when you try and tell him just how … wrong he is.

3. The One That Blows Up The Bathroom: Office bathrooms are awful. The worst. And, there’s almost always one person who wrecks it, like, every day. Listen, we know — everybody poops. It’s cool, man. Maybe you’re the poop bandit who doesn’t properly flush. Whatever. If it is you, nothing you can do about it except maybe make a better effort to flush your waste. Regardless, keep your identity secret. It’s better that way, trust. 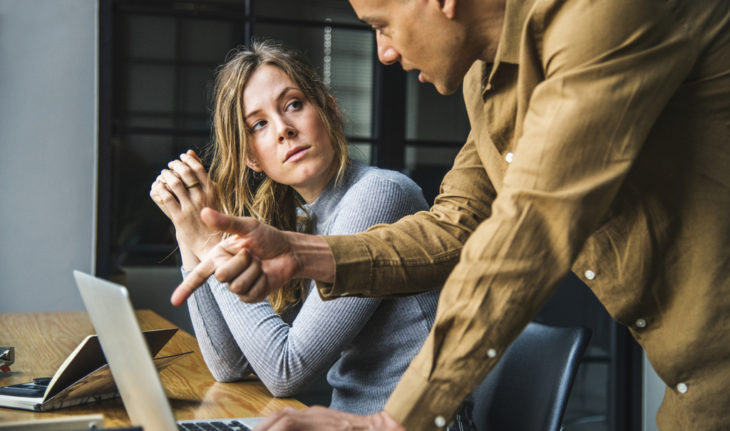 4. The Oversharer: Their full name and job title escape you, but you know exactly when their next Pap smear is, what their mom sent them for Christmas, and who they met at the bar that weekend and took home that night. You know that they have a weird thing on their armpit, because you heard them talk about it on the phone for like, an hour, while you were eating lunch. You’re totally unclear on what they actually do at your company, but if you say hi to them in the kitchen as you’re squeezing by them to get the tea, they will talk your ear off about this thing on their neck that might be cancer, or maybe a mosquito bite, and how they have an itch “down there” that could be nothing, but could be everything. Avoid like the plague.

5. Your Nemesis: Well, you can’t win ‘em all. Even if you love every single other person you work with like they were the family you’ve always wanted, there’s always one person you can’t stand. It’s that asshole who talks over you in meetings, or who shades you hard in group emails. It’s the one who always asks you to “speak offline.” You may be convinced that their entire purpose at work is to make your life harder than it already is. And, you might be right. Who knows!? All that matters is that they’re there, and they make your day a little bit worse. Sorry. 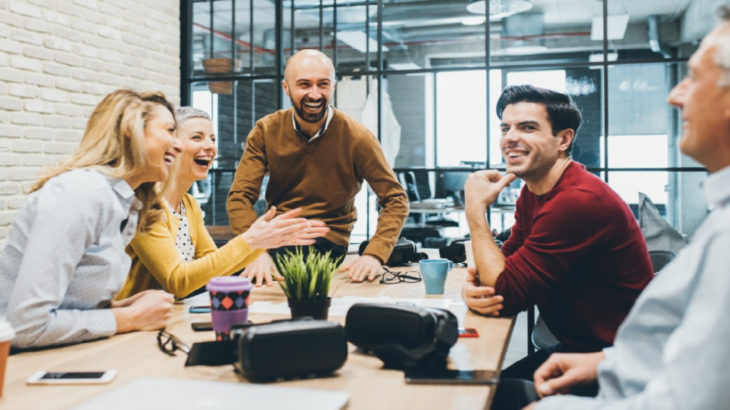 6. The Office DJ: If you work in an office where you are free to play whatever music gets you goin’, then I am sure there is an office DJ lurking in your midst. Maybe they come in every morning and hijack the sound system, putting on whatever thrash metal or steel drum ensembles they feel like listening to that day. Maybe they do that thing where they play their trash music from their office, really loudly, and then walk away for a long time, leaving their door open, and their derivative Fall Out Boy crap playing at top volume. Or, maybe they’re someone who fancies themselves an “influencer” and wants to impart their wisdom to a bunch of people, captive only because they are at work, and they have to be. This person is the absolute worst.

10 Things to Ask Yourself When Choosing Your Dress

True Story: Married … With A Roommate