The dream of a place in the Champions League seems to be a step further for Man Utd then it was before the game at the Molineux stadium. In a defeat 2:1 the home side demonstrated tactically wisdom and the sending off for the captain Ashley Young for two yellow cards showed weaknesses in the guest’s team. The same result as when the same teams met in the FA cup only two weeks ago. Wolves concentrated on the fast counter-attack leaving more possession for the visitors to have. The starting line-ups were a suggestion of what can we expect from the game. 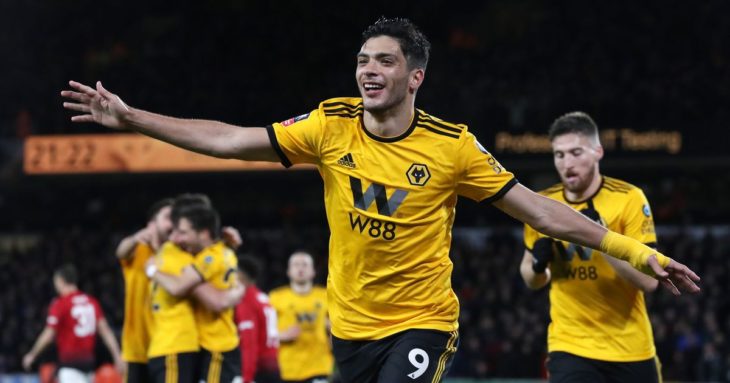 The game started strong for Man Utd making their intentions clear to score a goal in the first 20min and then lead the game as they usually do. They started well with an early goal (13min), Scott McTominay scored his first ever goal for the club from about 25 yards. Before that Romelu Lukaku had a chance to put the guests in the lead, but Rui Patricio made a good save. Rui Patricio was the one responsible for the first goal because the ball went just under his hand and the wet grass helped a bit with the goal. The fantastic Wolves goalkeeper made a game-changing save when denying Jesse Lingard header from close range only a few minutes after the first goal. 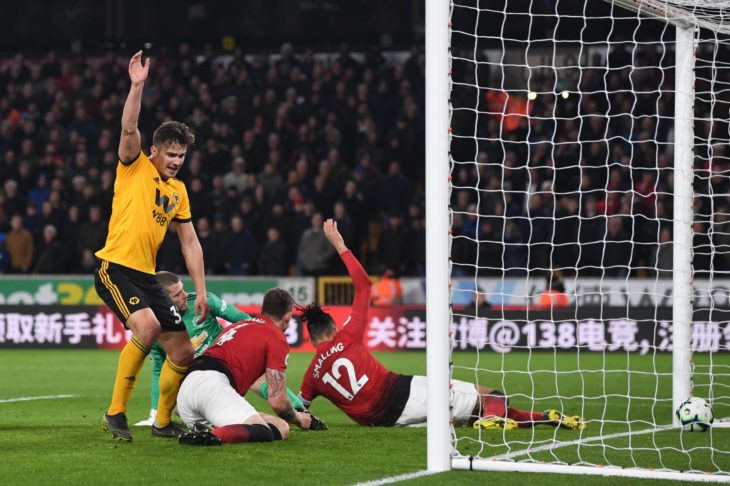 After the missed chances from the visitors, the home side made a comeback and a reaction. Fred lost control of the ball 35 yards from his goal allowing Jimenez institutional pass to put Jota in front of De Gea, and the result is equal 1:1 in the 25 minutes. The introduction of Diego Dalot on the right side in front of Young was probably the decisive part of the game for both teams. Constant runs from Jota in front of Young who is not on the same level of fitness like 3-5 years ago resulted in two yellow cards for him (57minuts). With over half an hour to play with a man less in the field, the visitors were in for a fight. An unusual record for the referee Mike Dean’s 100th red card in the Premier League is a negative memory for all Man Utd fans.

With the fact they were ten against 11, the visitors made an effort and created good opportunities. Jony made a cross from the left side to Jimenez, whose header back across the six-yard box to Dendoncker to press Smalling and Wolves are in front in the 77 minutes. The Belgium international put in a strong performance in the middle of the park and forced Smalling into an own goal. The home side managed to hold on to the lead and beat Man Utd twice with the same result in only half a month. 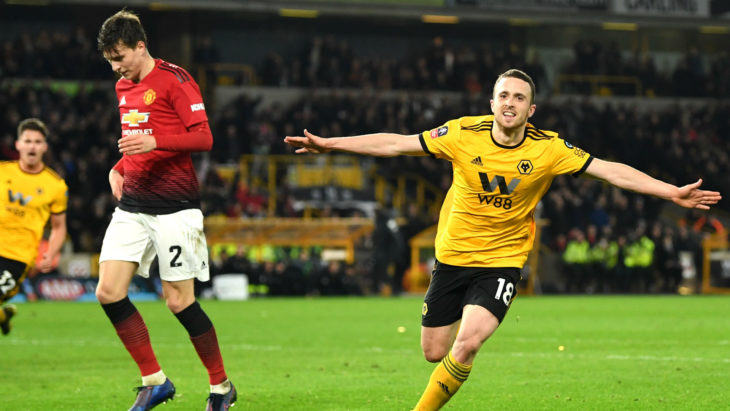 The defeat puts Manchester United on the fifth place one point off a Champions League spot, and a game more than Tottenham, Chelsea, and Arsenal. Wolves are on the seventh place and have made a good result before they take on Watford in the semi-final of the FA Cup on Sunday.