Austin Dotson, 30, has already made waves in the online fitness community as of late. His style, travels, and rock-hard abs are hallmarks of his social media pages. With over half a million followers on Instagram alone, Dotson is certainly headed for greatness as he instructs the coming generations of athletes on how to be their best selves. From mental health awareness to crazy flips, he is holistically encouraging all his followers to reach for their full potentials. 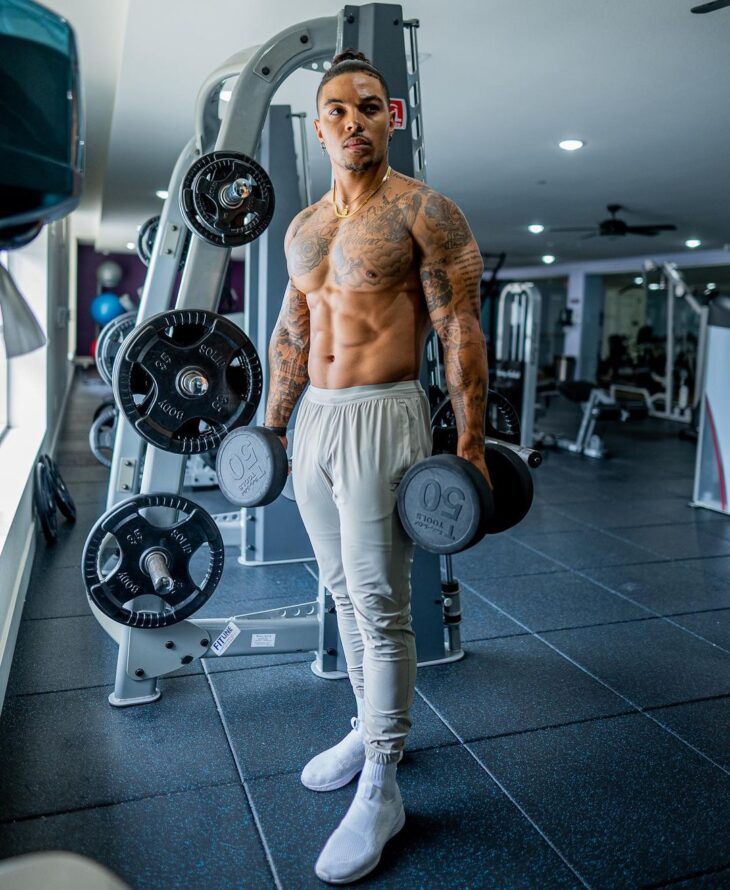 Growing up in southern California, Dotson wasn’t always so blessed. He tells us about a rough childhood in which he knew his parents were not going to be able to support a collegiate career. Coming to this realization soon in his childhood allowed him to combine it with his passion– football– to create the ultimate drive. He made the high school team and quickly rose to district-wide fame. The star status in high school granted him a scholarship to Sacramento State University, where it seemed as if life was heading in his favor. College was fun, as Dotson recalls, and was full of friends and football games. However, when his senior year came around and the NFL was looking for prospective players to draft, Dotson was completely looked over. Now out of college without any income, he was forced to take up a job at a mortgage firm.

From here, his life only went lower. The mentally taxing life of a 9-to-5 job added up to the point of depression. Dotson painfully recalls how he turned to substance abuse to cope with his stresses. He was eventually laid off for failing to meet deadlines, and not too much later he was arrested for a DUI on Christmas day. With a daughter to support, court fines to pay, and a life that he felt he was going to waste, Dotson felt as if the world had left him in the dust. He had nowhere to turn– except the mirror. 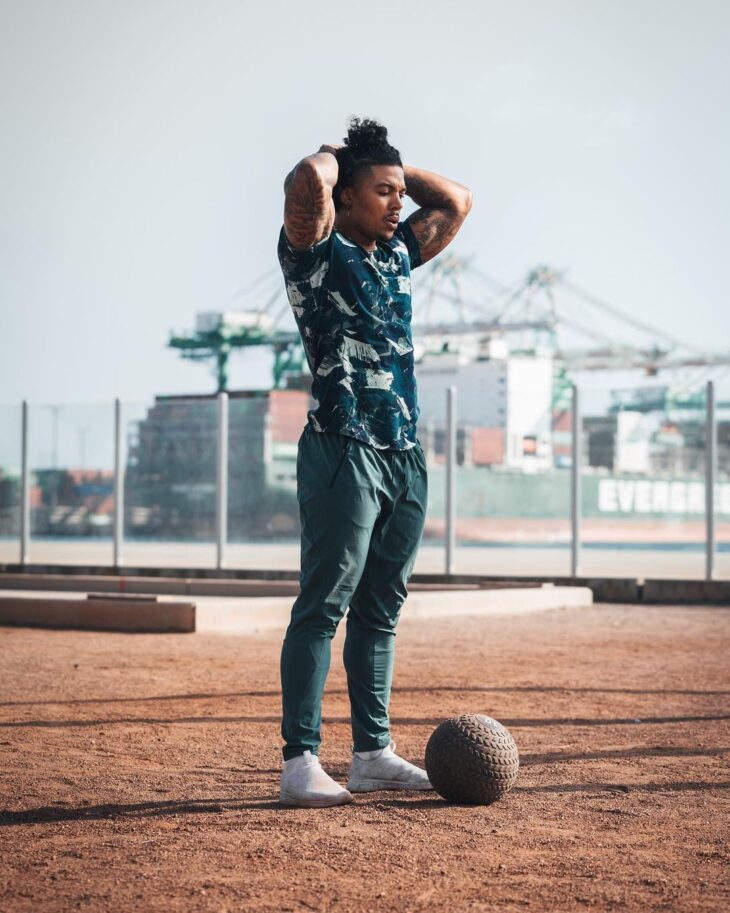 After days of introspection, Dotson realized his problems were not coming from the world, but rather they were coming from within. His virtues were absent, and he was undisciplined in both actions and thoughts. Sparing some of his savings, he purchased a membership at a local 24-Hour Fitness. From that day (January 3rd, 2017, as Dotson specifically remembers), Dotson promised himself to do better and take his life by the horns to push it into the right direction.

He quickly saw changes in his life, as the consistency from attending the gym each and every day carried over into his character, developing discipline within him. He filed for unemployment, and was able to establish enough credibility to become a behavioral therapist, where he instructed others on how to pull themselves from the dark place that he had found himself in a year earlier. With this new job, Dotson could pay off his court debt and sufficiently support his daughter. From here, he saw how his clients significantly improved across the board when they had a consistent workout routine; he realized the impact a solid routine had on his patients. This realization pushed him to expand his audience by creating an Instagram page to share his journey and his message.

Austin Dotson’s story serves as a lesson for all those people who feel as if they’re stuck in life. He demonstrates to them how fitness can awaken and align the inner passion with one’s goals. By posting workout routines and inspiring images with friends, Dotson hopes to revitalize and excite the next generations about being healthy and allowing it to create for them a happier life. To keep up with Austin’s journey, follow him on his Instagram.

5 Tips on How to Choose Essay Writing Service

How to Prepare for a Poker Night?