Megan Fox Confirms He Past Romance With Shia LaBeouf

Megan Fox was a guest on Watch What Happens Live With Andy Cohen show with Tyra Banks where they played a game Plead The Fifth. Andy asked her some tricky questions, among which there was a question of her relationship with her co-star Shia LeBeouf.

A quick reminder. Back in 2011 Shia LaBeouf was asked about his romance with his co-star Megan Fox when they were shooting the Transformers movie and whether they hooked up on which he nodded affirmatively and said: “Look, you’re on the set for six months, with someone who’s rooting to be attracted to you, and you’re rooting to be attracted to them. I never understood the separation of work and life in that situation. But the time I spent with Megan was our own thing, and I think you can see the chemistry onscreen.” 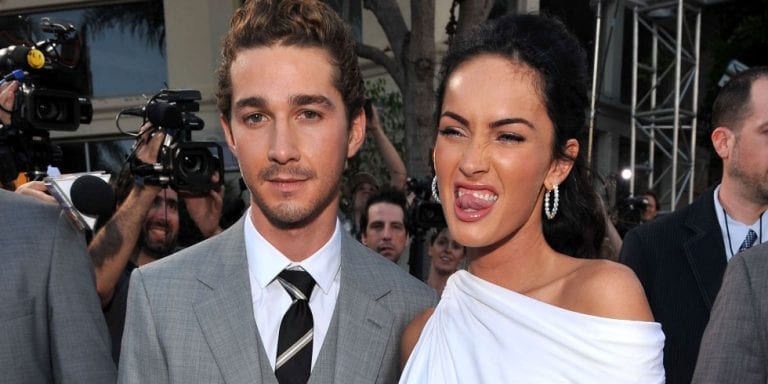 So Andy reminded her of that and asked:

“How would you characterised your relationship… then in 2011.” Megan became nervous and responded: “Um, I mean, I would confirm it was romantic. I love him. I’ve never been really private about that. I love him.”

“So, it was like an on-set romance that didn’t go anywhere afterwards?” Andy asked, on which Tyra said “show-mance”. Megan smiled and said “Sure.”

Throughout the show, they also talked about the Transformers and whether she’d like to come back now that she and the director Michael Bay are friends together she said: “Yeah, we made up. I would for a cameo or something like that. I think that franchise has probably moved so far into a different universe with different actors and stuff that wouldn’t make sense, but I’m not against it. I wanted to do Ninja Turtles; I was a huge fan of it. At that point, Michael and I were really good. I get invited to his Christmas parties. We’re BFFs!”

She also talked about her relationship with Bay and how she was the one to call him to make things right.

“I felt like, you know, I was young when a lot of that was happening. I was really self-righteous, and in my anger, I thought I was right to speak the way that I spoke. As I got older, I understood regardless of whatever my issues were, they should always have remained private. You should never blast someone like that in public. And so, I reached out and I just said, ‘I hope this movie does amazing. It will.’ And he wrote back and he was like…’Who is this?'”

What Is Commercial Refrigeration And How Does It Work