You probably know that Megan Fox made her debut as an actress in the family movie Holiday in the Sun in 2001 and that her breakout role came six years later when she played Mikaela Banes in the blockbuster film Transformers.

And you are sure to know that she is considered to be one of the biggest sex symbols of the twenty-first century. But there are probably lots of things you do not know about the woman who seems to always have a spotlight place in the media.

Here are twelve things you are probably not aware of.

1. She Knew She Wanted to Become an Actress from a Very Young Age

Fox was so taken by the movie that, for over a year, she asked her mom to call her Dorothy. But once Fox realized that Dorothy from the movie was played by an actress, she decided there and then to become an actress herself. 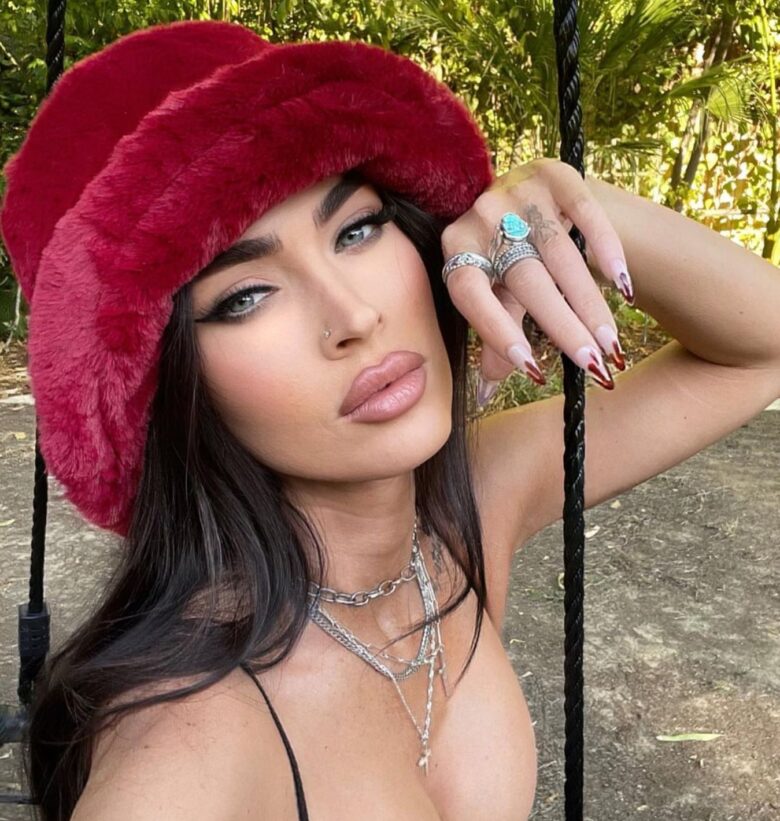 2. She Grew Up in a Strict Household

Megan was raised by her mother and stepfather and she grew up in a very strict household.

She was not allowed to invite friends over to her house. She was not even allowed to date while she still lived at home. So, it is not surprising that Fox left home as soon as she was able to earn enough money to support herself.

3. She Was Bullied at School

Few people would want to bully Megan Fox now, but when she was growing up, she regularly got bullied at school. She has stated in various interviews that she hated high school because of how much she was bullied.

Bullying can significantly affect people’s lives. But at least Fox had the last laugh, seeing as she went on to be a bona fide star.

4. She Started Her Modeling Career Early

You probably know Megan became a model at an early age, but you may not know just how young she was. She actually began her modeling career when she was just thirteen years old.

And during her first year of modeling, she won several awards at South Carolina’s American Modeling and Talent Convention. 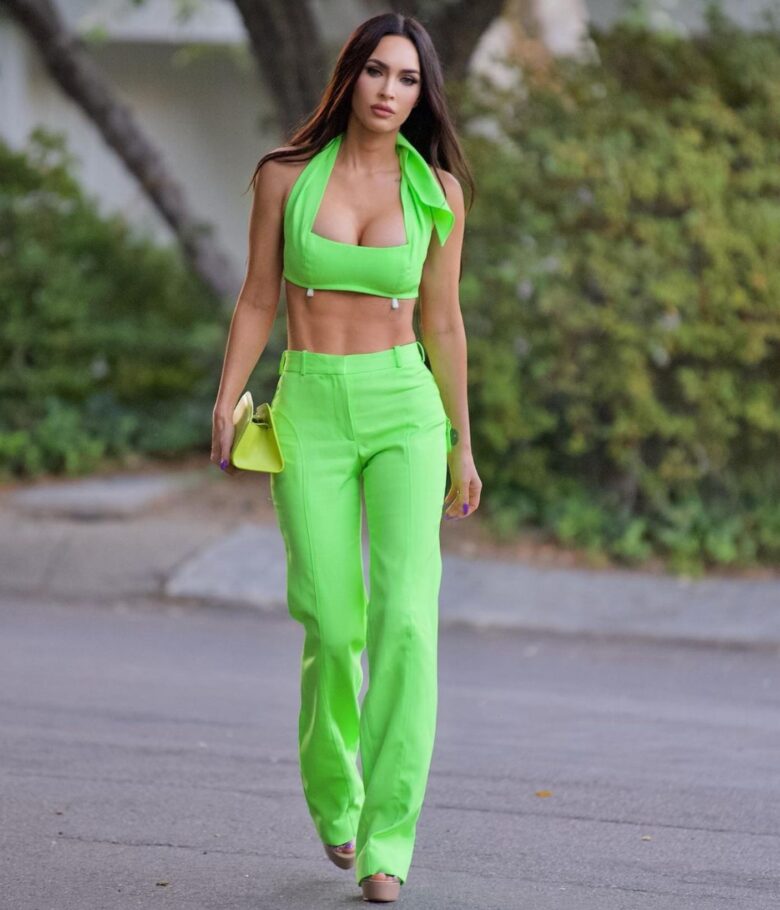 On numerous occasions, Megan Fox has publicly endorsed marijuana usage and talked about using it herself. She once called for total legalization, and said she would be the “first in line to buy a pack of joints”.

6. She Has an Unusual Fear

While many people fear the sound of nails on a chalkboard, Fox gets the same feeling of fear when she touches newspaper or tissue paper.

She once told Wonderful Magazine that she simply cannot stand to touch newspapers or tissue paper as it gives her the chills. She added that touching anything laminated is fine.

7. She Once Had a Tattoo Removed

When Megan Fox was in her early twenties, she got a tattoo of the silver screen icon Marilyn Monroe on her right forearm. But she soon decided that the tattoo could have negative energy attached to it, so she had it removed when she was twenty-five. 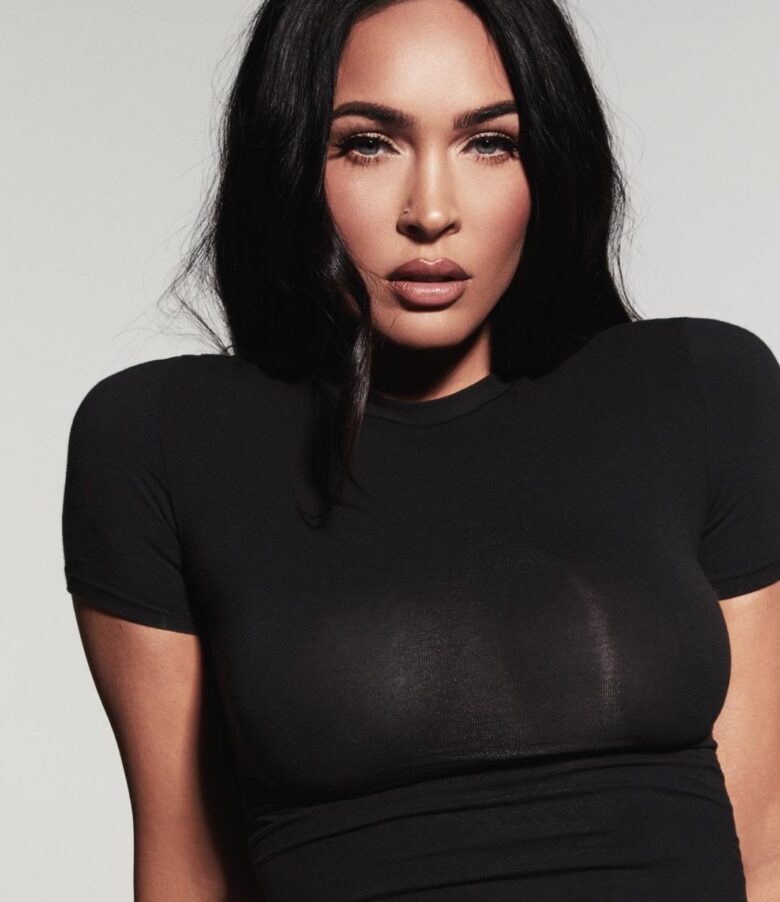 8. She Now Has Eight Tattoos

Even though she changed her mind about the Marilyn Monroe tattoo, Fox now has eight tattoos. You might know some of them, but you probably do not know what they all are.

Well, she has the Chinese symbol of strength behind her ear, a star and crescent moon on her left ankle, and the word “Brian,” after her ex-husband and father to her three sons, Brian Austin Green, on her lower abdomen.

She also has the tattoo of a poem on the left side of her ribcage, a quote from Shakespeare’s King Lear on her shoulder, a yin-yang symbol that is inspired by the ocean on her left wrist, and a quote by the philosopher Nietzsche that pays tribute to Mickey Rourke on the right side of her torso.

Her most recent tattoo is of a kitten playing the piano with the words “Play Him Off” beneath. The meaning and placement of the last tattoo are not known.

9. She Had to Gain Muscle for Her Role in Transformers

Everyone knows that Megan’s breakout role came in the movie Transformers. But did you know that she had to put on ten pounds of muscle for her action scenes?

Now you know, you are sure to look at her differently the next time you watch the 2007 film. 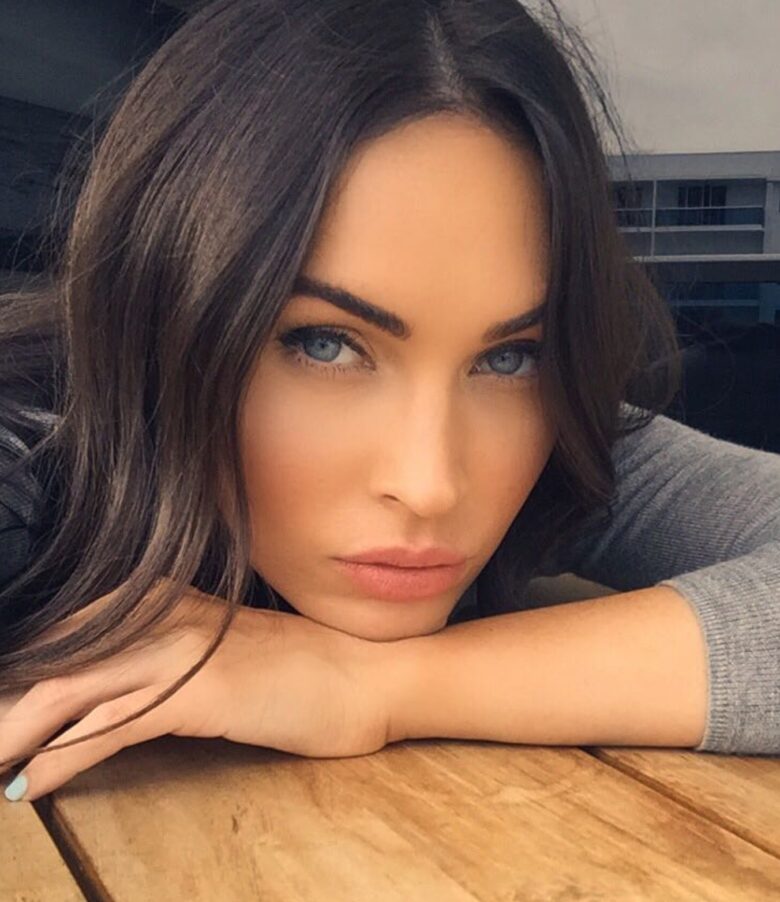 10. She Asked Linkin Park to Provide the Song for Transformers

The rock band Linkin Park famously provided the song What I’ve Done for the closing credits of Transformers. But the band reportedly only did so after the members met Fox personally at one of their concerts when she requested they provide the song for the film.

11. Scenes Were Changed in Teenage Mutant Ninja Turtles After Fox Learned She Was Pregnant

You may know that Megan Fox has three children. Well, when she found out she was pregnant with her second child, she had already started filming the movie Teenage Mutant Ninja Turtles.

Though, only just. She was two weeks into filming when she discovered she was pregnant.

As a result, some of Fox’s action scenes were rewritten or removed entirely. So, the end result of the movie could have been rather different if Fox had not become pregnant.

12. She Used to Dress Up as a Giant Banana

Megan Fox used to dress up as a banana? Really? Well, it is not as bizarre as it sounds, as she did so for a job.

When Fox worked at a small smoothie shop in Florida before she became famous, once a week, she would promote the store by donning a giant banana suit and standing by the side of the highway! She has certainly come a long way since.

5 Ways You Can Enjoy CBD Vapes on A Vacation

Working Tips To Unlove Someone Who Doesn’t Love You