Most Famous Castles in Japan – A Complete Guide

Japan is famous for many things, including the abundance of castles. There were thousands of them, but only a few remained. Despite the passing of decades, these castles are still famous for their role as fortresses during the wars. You can visit japanesetrains.com to book a seat in one of the cities with these famous castles. Check out a few of these castles below. 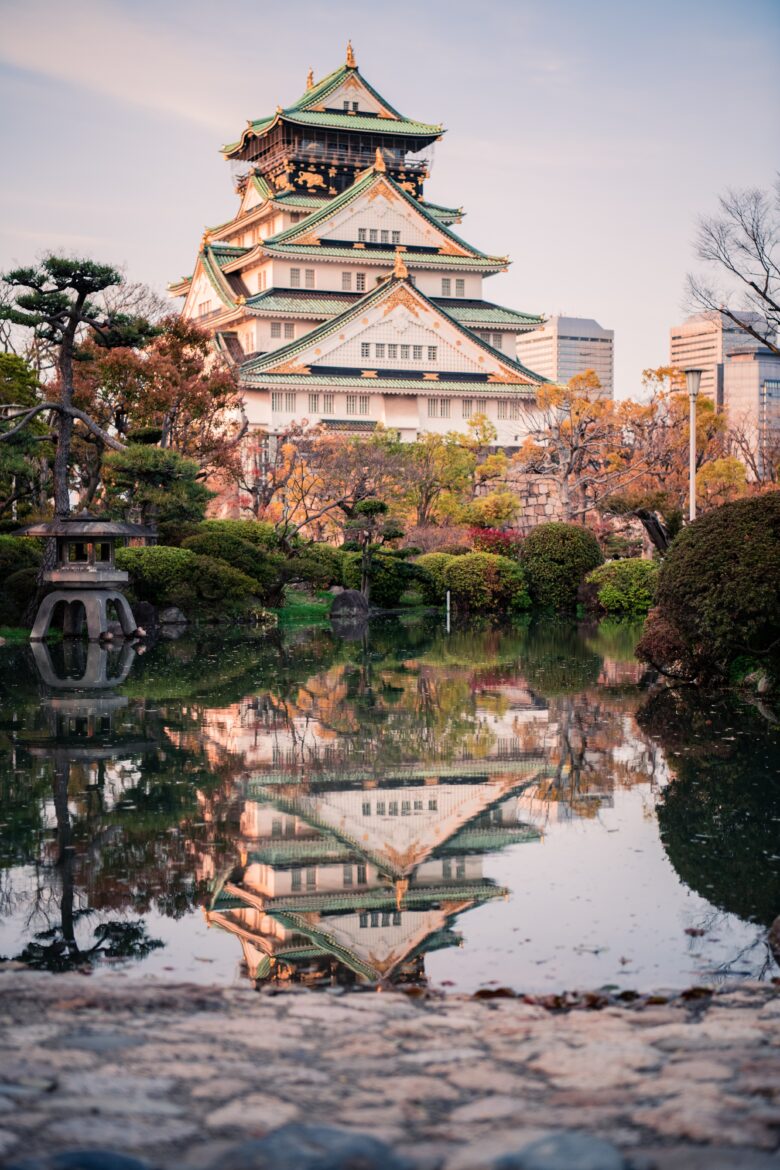 Osaka castle is undoubtedly one of the most famous castles in Japan. The castle was built in the 16th century by samurai warlord Toyotomi Hideyoshi. It was the largest castle at the time, and Hideyoshi built it to display his power. However, the castle suffered numerous harm during the wars and had to be rebuilt several times. The current design was modeled after its 17th-century counterpart and is imprinted in many minds.

People visit Osaka castle today to see the cherry blossoms that bloom during the spring. Some also admire the history museum, which exhibits holograms, three-dimensional pictures, and advanced technologies. There is also an observation platform where you can look at the surrounding city. 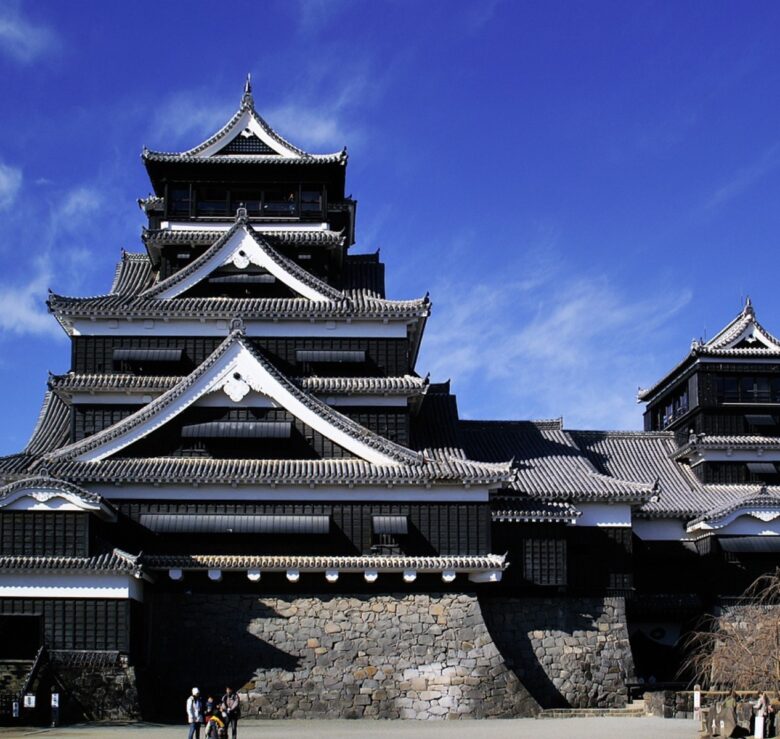 Another famous castle from Japan’s past is Kumamoto Castle. It was built in 1467 by Ideta Hidenobu and expanded by legendary castle designer Kato Kiyomasa in 1607. Unfortunately, the castle has suffered various damage over the years, the latest during earthquakes in 2016. Part of the walls collapsed, a turrey fell, and roof tiles were blown off. Part of the castle was earlier destroyed during the Satsuma Rebellion in 1877 and was rebuilt in 1960.

Kumamoto castle is still famous among tourists visiting to see its watchtowers, huge moats, and towering stone walls, making it a fortress for decades. The central tower is now a museum where tourists can see the samurai history, including relics such as their armor and swords. 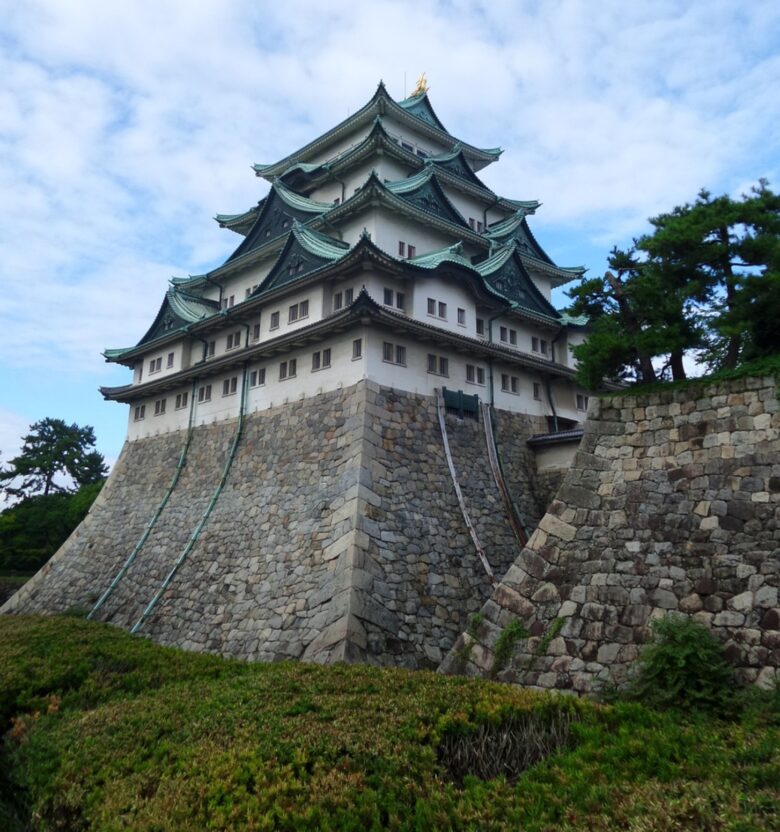 Built by Tokugawa Ieyasu, the first Tokugawa shogun, Nagoya castle was known as “Kinshachi-jo.” This name is derived from the golden tiger-headed dolphins (known in Japan as kinshachi) at the top of the castle. Nagoya castle is six stories high and is currently used as a museum of treasures, samurai armor, and the histories of the three unifiers of Japan, Oda Nobunaga, Toyotomi Hideyoshi, and Tokugawa Ieyasu. 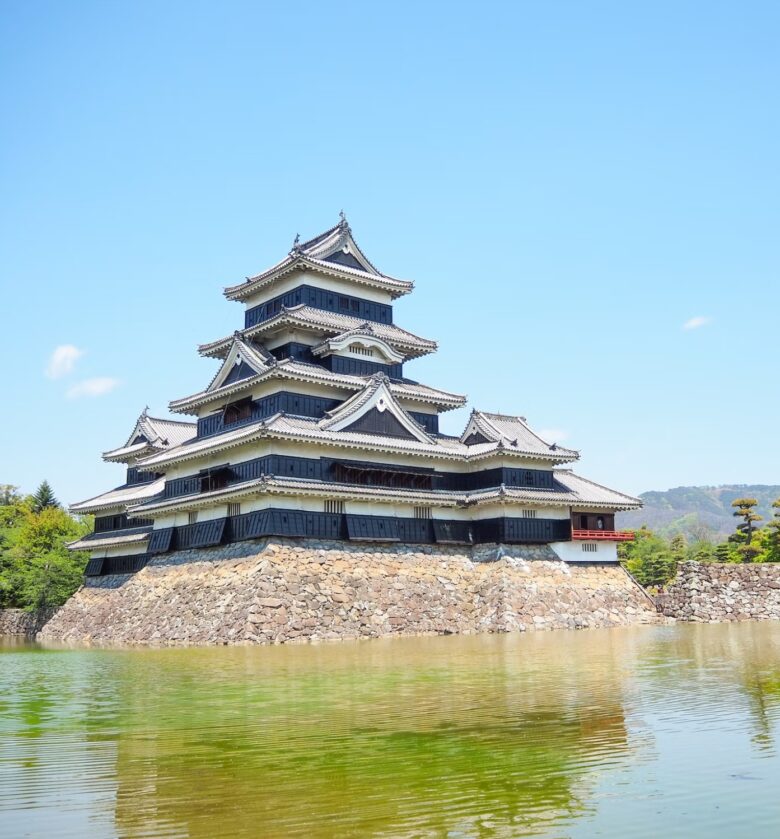 Matsumoto castle is famous for being one of the most beautiful castles in Japan. Built in the 16th century in Nagano Prefecture, it is one of the country’s major historic castles. Matsumoto castle is made of black trimmings, which gave it the name “Crow Castle.” Like many other castles of the period, it was built as a fortress with openings to shoot arrows at invaders.

Matsumoto castle is a popular tourist attraction for its stunning architecture and the beautiful cherry blossom that bloom in spring. It is also a quick train ride to Tokyo so tourists can get there from other attractions in the country’s capital. 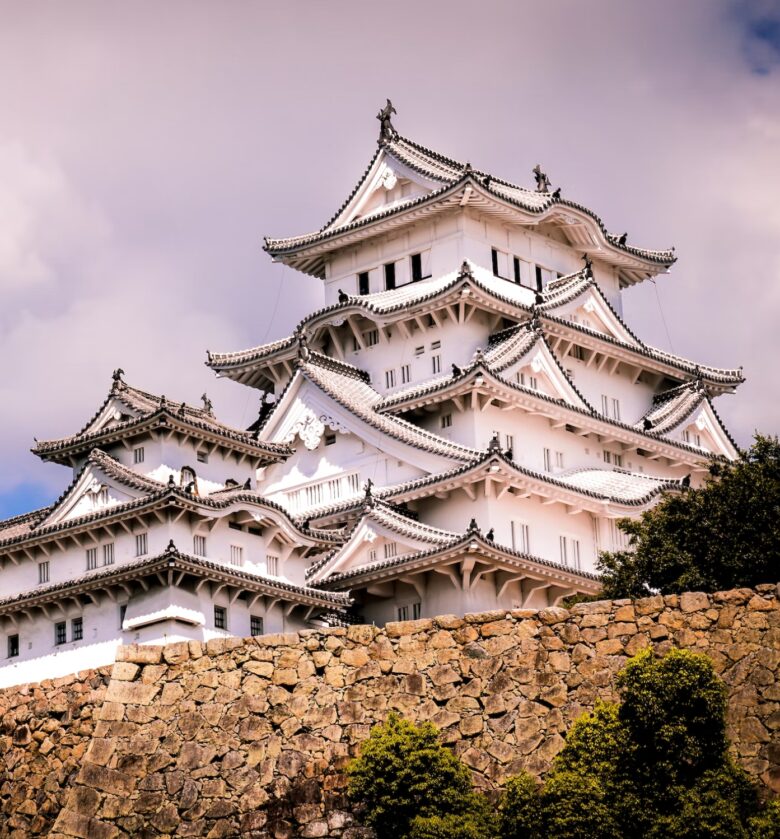 Himeji castle is famous for many reasons. First, it is one of the most beautiful castles in Japan. Its bright design gave it the name Hakuro-jo (White Heron Castle), which it has kept to date. The castle is also the first Japanese castle to be a designated World Heritage Site by UNESCO. That came 42 years after it was designated a National Treasure by the government.

Tourists visit Himeji castle to admire the pristine white towers and the complex architecture of 83 structures centered on the Tenshu-gun. The castle is equally famous in popular culture as featured in foreign and local films. You can see Himeji castle from almost any part of Himeji city. What stands the Nijo Castle out is its distinctiveness. Unlike most other famous castles in Japan, the castle does not have high ramparts or donjon, thus making it more of a palace than a defensive castle. The castle was originally built as the Kyoto residence of Tokugawa Leyasu, the first shogun of the Edo Period.

Nijo castle served as an imperial palace for a while after the fall of the Tokugawa Shogunate in 1867 before being donated to the city and opened as a historic site. Nijo castle is one of the best surviving templates of castle architecture of Japan’s feudal era. The castle was designated  UNESCO world heritage in 1994 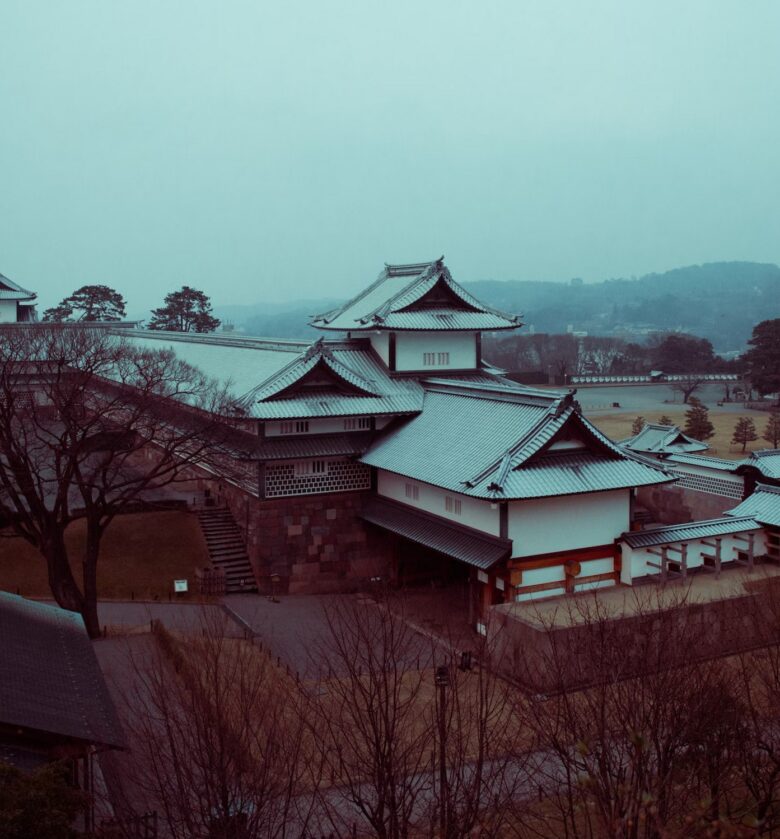 Kanazawa castle was the seat of the Maeda clan which produced 9 hereditary feudal lords of Kaga Province. So you can imagine why it makes the list of the most famous castles in Japan. It is reputed to have the biggest variety of stone walls of any castle in Japan. Kanazawa castle was built in 1580 and has consistently suffered many davastating ruins since then; the most recent of which is a fire accident in 1881. While the castle has been undergoing a restorative renovation over the years, very little remains of the historic greatness of Kanazawa castle. 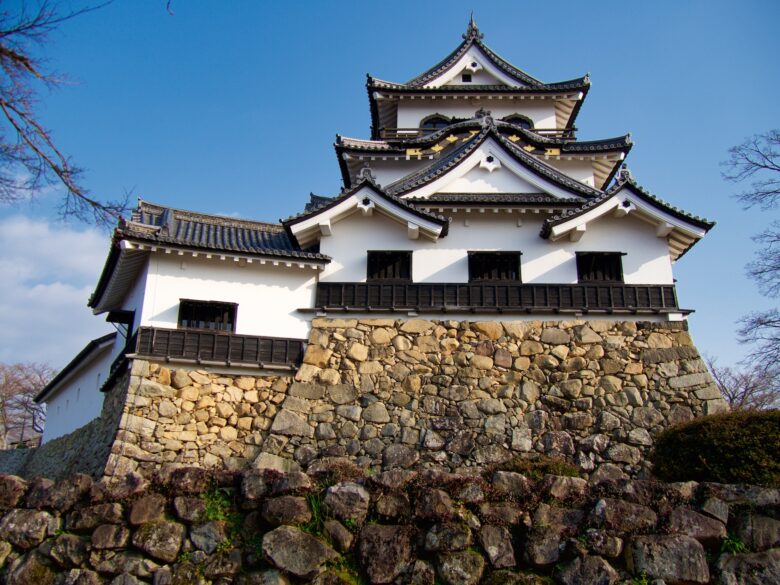 The last castle on our list is the famous Hikone castle in Shiga Prefecture. The castle took two decades to build and remains one of the few castles to retain its original structures. Hikone castle is a classic Japanese castle with gardens, gates, guard houses, and collapsable bridges. The history behind this castle and its perfect preservation has made it a designated National Treasure.

Hikone castle is famous for more than its history and architecture. The castle overlooks Lake Biwa, the largest lake in Japan. It also has a traditional garden known as Genkyu-en. This garden recreates The Eight Views of Omi, and autumn is the best time to enjoy it.

These six castles are some of the most famous in Japan. They are popular among Japanese and foreigners who visit the country to admire its history. Unfortunately, many have experienced some damage over the years but are still in reasonable condition as part of the country’s history.

Top 10 Unusual Things to Do in Benelux

5 Tips for Creating Custom Ringtones for Your...