Look, half the population gets a period once a month for much of their life, so it’s about time the world as a whole stops stigmatizing and punishing women for a very normal bodily function. In an effort to fight back against antiquated beliefs about periods, Nepalese teenagers photographed the menstrual taboos that hold them back each month. As part of a campaign challenging harmful stigmas surrounding menstruation by the charity WaterAid, the girls from Sindhuli (southeast of Kathmandu) used cameras to visually document the humiliating and frustrating traditions that force them to completely alter their lives every time their uterus sheds its lining.

In parts of Nepal, women are considered “impure” when on their period and are therefore separated from their families and forbidden from doing lots of everyday things, a tradition known as Chhaupadi. Although Nepal’s Supreme Court officially prohibited Chhaupadi in 2005, it’s still pretty common in rural hindu communities. The girls photographed everything from fruit they aren’t allowed to eat, to mirrors they aren’t allowed to look in, to classes they can’t attend while on their periods, all because society deems them “dirty” for that week.

Bandana Khadka, 15, participated in the photo series, telling WaterAid, “When I had my first period, my mother restricted from crossing the river. She told me I’d get demons inside me. During my other menstrual cycles, I crossed the river without hesitation, I even bathed and nothing happened to me. I think we should change these kinds of beliefs.” 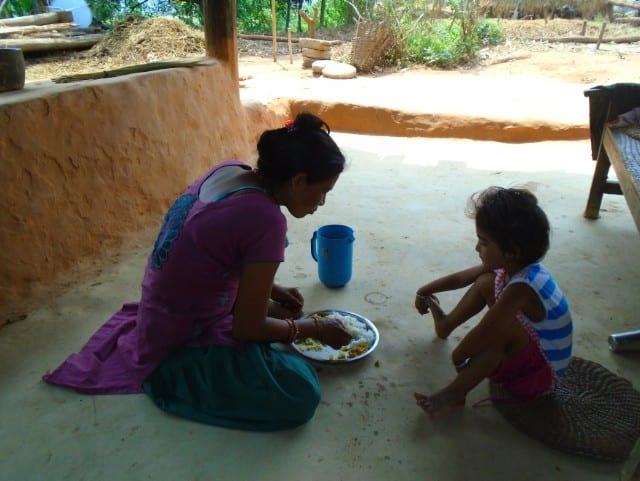 Bandana took the above picture, captioning it:

“This is my mother and sister in the picture. Here, my mother is feeding my sister with so much of love. Mother loves me very much as well. However, during my menstruation cycle I am kept separately and have to eat at distance. When nobody touches me, I feel unloved. We need lots of love and support during our menstruation but, when I am separated and treated like an untouchable I feel no love from my mother and father and I feel only hatred. I feel sad being treated that way.” 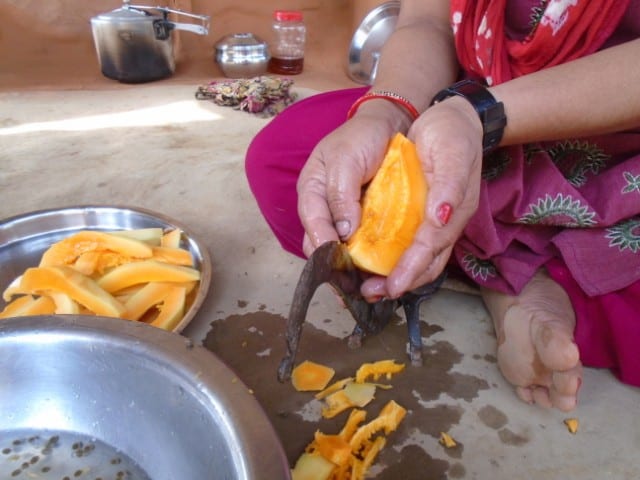 Another young photographer, 15-year-old Sabina Gautam said of her photo: 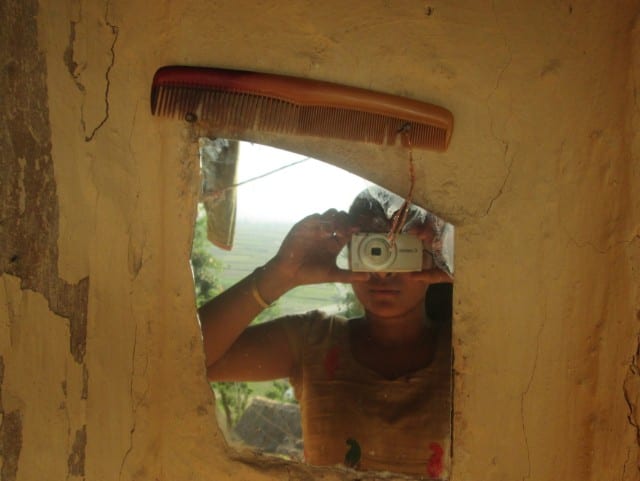 Sushma Diyali, 15, photographed the mirror and comb she uses, saying:

“In our society, when girls experience their first menstruation we are not allowed to look into mirrors or comb our hair. And I think that is the wrong belief that we have in our society. Me and my family do not follow such practice. But, I have many friends whose families are really strict about these practices and as a result, most of my friends were not allowed to look themselves in the mirrors and comb their hair. I think mirrors and combs are the means of cleanliness and as a human it’s very important that you should stay clean and healthy. Only if my friends just like me could grow in an environment where are no limitations regarding menstruation and receive more support from the families, they can set themselves free and explore greater potential and opportunities around them is what I think.” 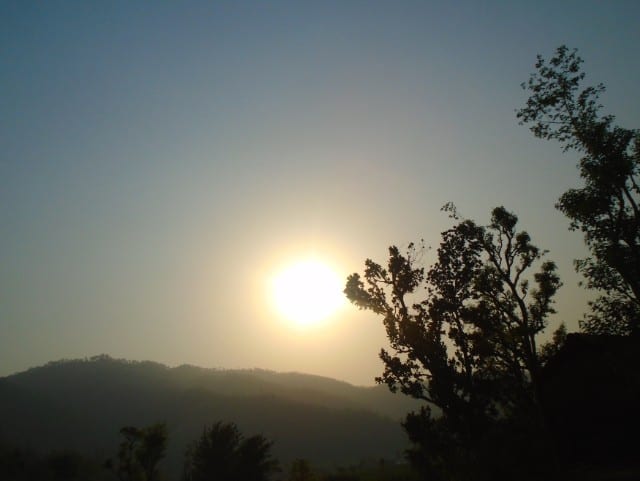 Bandana captured the morning sun, which she wasn’t supposed to look at when she first got her period, but did any way. She said:

“This is the scene I wake up to every morning when I face towards the eastern side. This picture reflects the hills and peaks along with the beautiful sunrise that is visible from my home. It feels really good to get soaked in the morning sun. When I had my first menstruation, I was not allowed to look into the sun directly. But regardless of that I still looked at it and nothing happened to me. While studying our teacher taught us that there is something called sunshine vitamin which is vitamin-D and we get that from sun rays. After I got to know that, I realized we shouldn’t be kept locked inside our rooms during our first menstruation.” 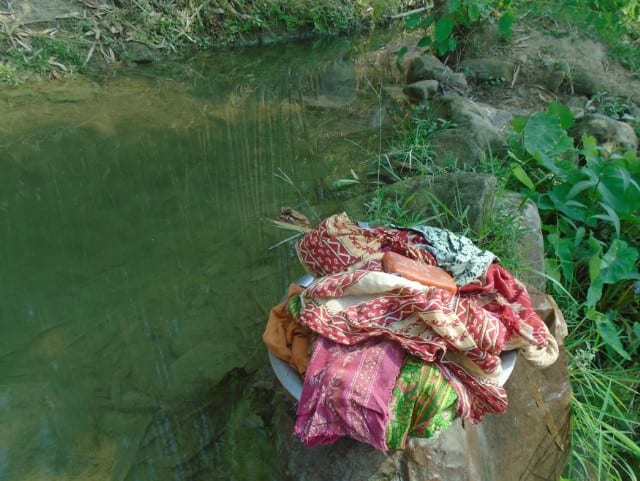 Manisha Karki, 14, documented how she has to isolate herself just to wash her reusable pads.

“This is the picture of the stream where I bath and clean my pads. In this picture there is a stack of pads that I use and I clicked this picture sometime before I started washing them. During our menstrual cycle it’s very embarrassing for us to wash our used pads out in the public place hence, we find nearest corners and isolated streams to clean our pads and wash ourselves.”

To see the full photo series and portraits of the girls, go to WaterAid’s website.