It is not that odd when humans look like other humans. And here, we don’t include twins. Your doppelganger exists somewhere in the world whether you believe in it or not. However, if you think that you are unique, think twice. Perhaps, you have been looking for your doppelganger in a wrong place. Here are celebrities that look exactly like animals and they prove doppelgangers exist. You can clearly see the similarities between the famous singer and this cute alpaca. It must be the hairstyle!

This Dog and Donald Trump 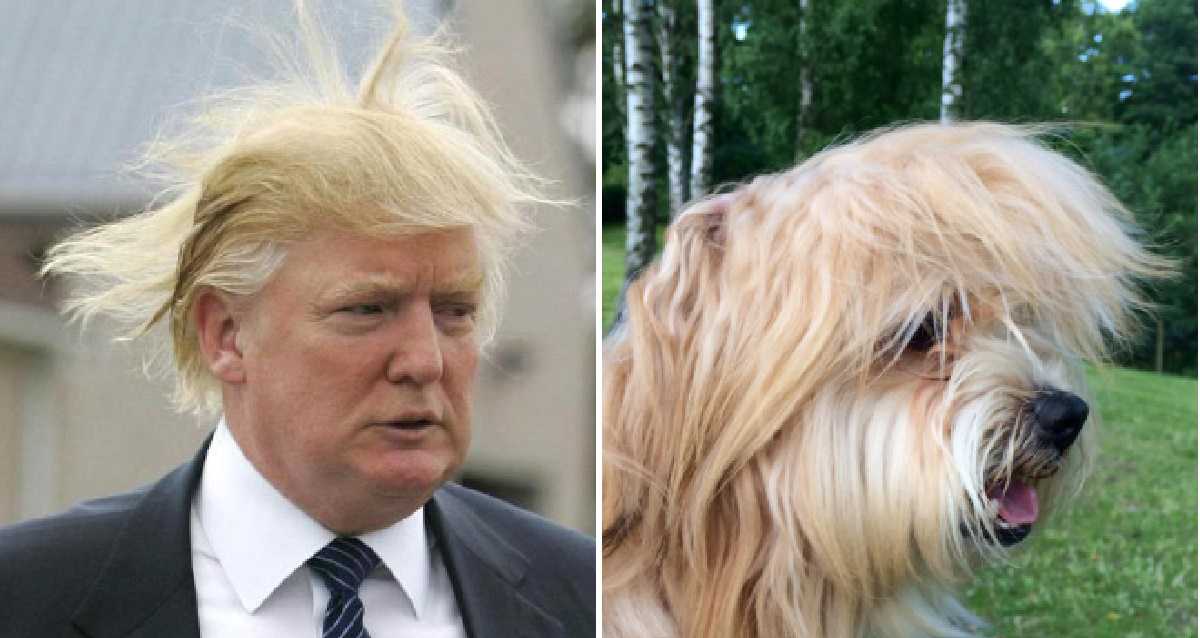 One of Trump’s most iconic physical features is his hair. And once the wind meddles its fingers, the president of the United States looks exactly like this dog.

This Dog and Lady Gaga 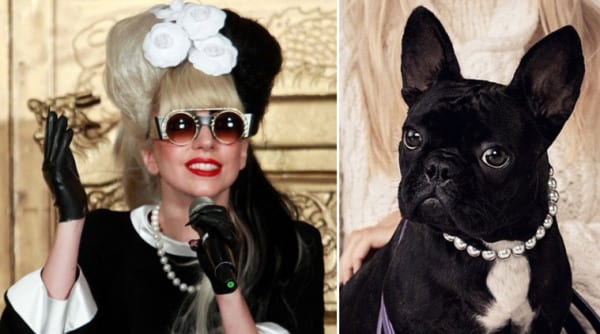 Lady Gaga is often recognized thanks to her controversial outfit. However, finding differences between these two will be more difficult than it seems.

This Dog and Snoop Dogg

The popular rapper’s got this name for a reason. He does look a bit like a dog, but not just any dog – this one right here. Perhaps the dog will start spitting rhymes!

The Cat and Don Kanone 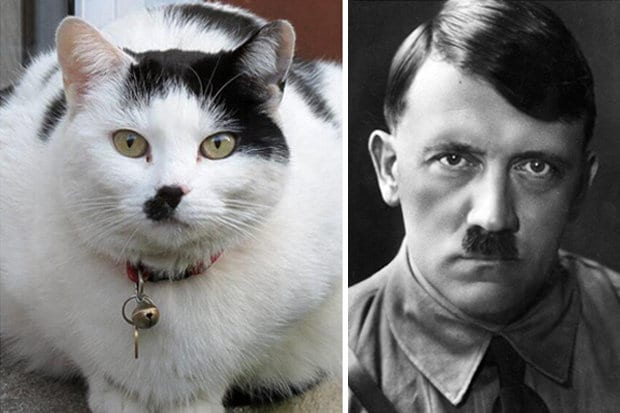 Cats are known to be mean, but none of them is Don Kanone mean. Even so, this cat looks just like the world’s most notorious villain, with the hair, mustache and everything!

The dog and Richard Branson 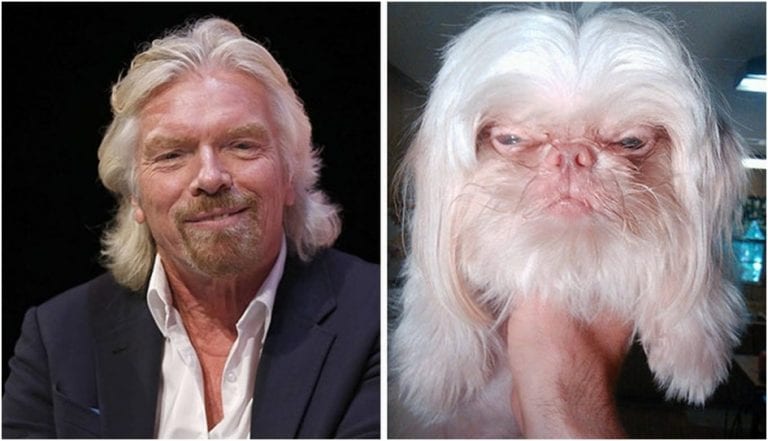 Oh, come on. Who put these two together? Give me a break.. Richard Branson is much more charming than this doggy.

This dog and John Travolta 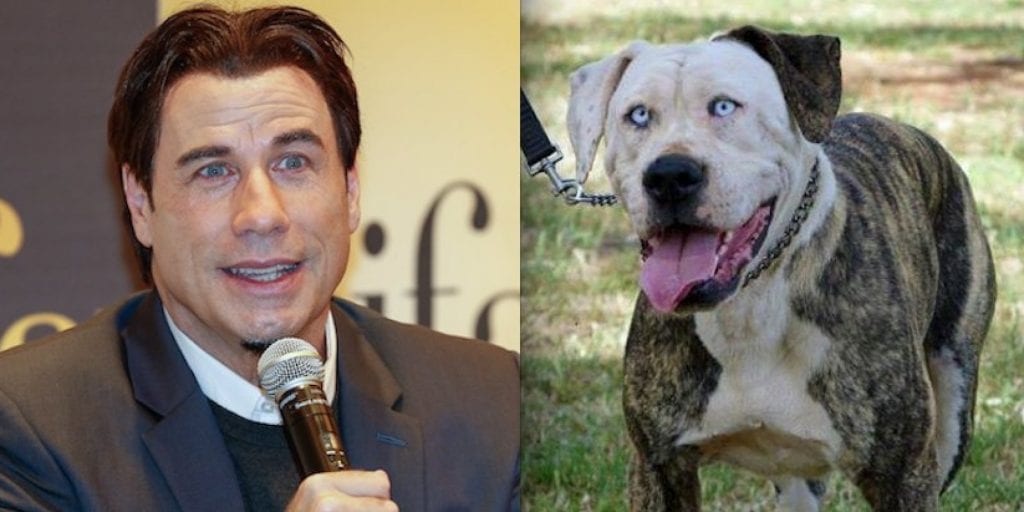 It has to be the eyes. And while this dog doesn’t have as beautiful hairstyle as Travolta, they do look alike.

The Caterpillar and Donald Trump 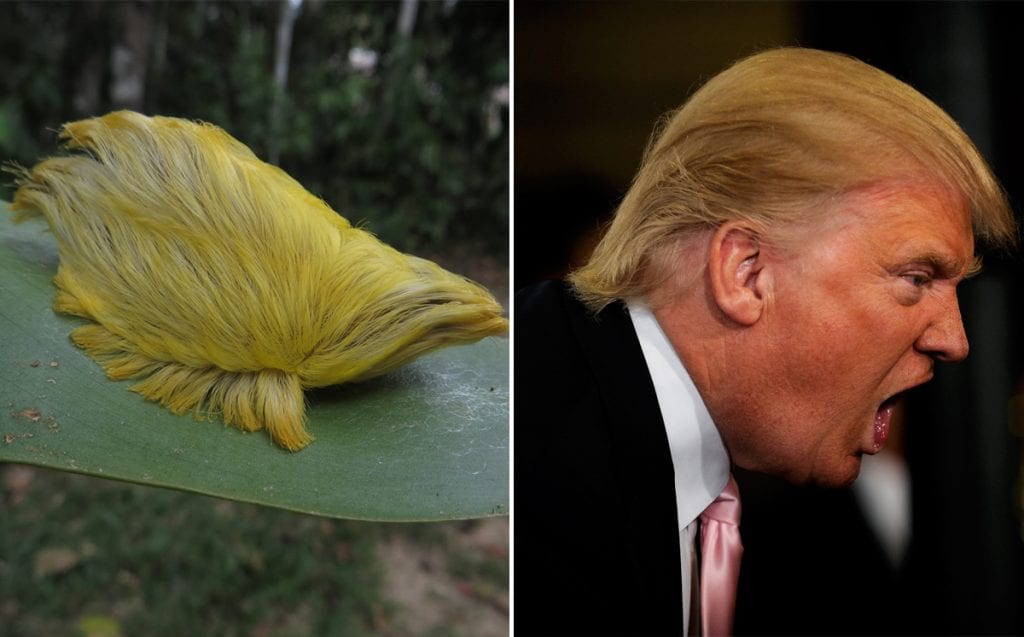 Alright, making fun of Trump’s hair is never going to become old. He does have a unique shape and color of the hair, just like this caterpillar. Who is more beautiful? That is up to you to answer. Adrien Brody delivered in The Pianist, and that role launched him into stardom, where he will stay forever. As much as we like Brody, there is no denying that he looks exactly like this Lesula monkey.

The Sad Dog and Payton Manning 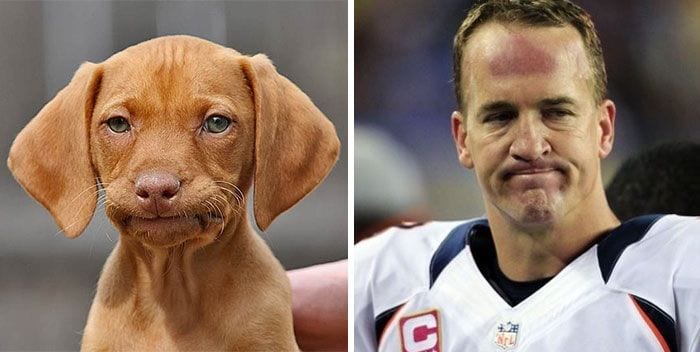 Even if you are not Payton Manning fan, we find it hard to believe that you weren’t at least a tad happy when he won his last Super Bowl and retired. He was thrilled then, but when he looks sad, you might confuse him with this dog.

The Cat and Jamie Hyneman

Mythbusters’ Jamie Hyneman has always had an unkempt goatee and he would usually wear a black newboys hat. Put that hat on this cat and it equals Jamie.

The Cat and Lenin 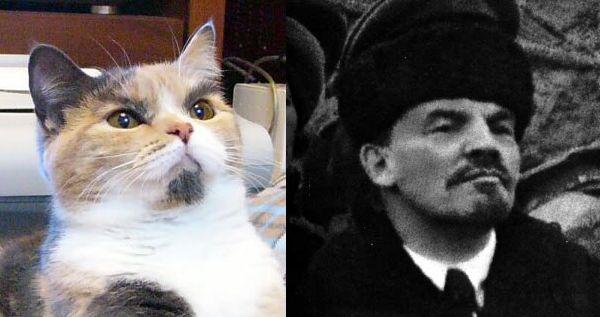 Lenin was a historical figure but this cat will go down in history as the only one that looks like the Russian communist and politician.

The Giraffe and Miley Cyrus

Miley Cyrus is loved and despised by many people all around the world. Whether you love her or not, she does look like a giraffe with this hairstyle and her tongue out.

The Cat and Einstein 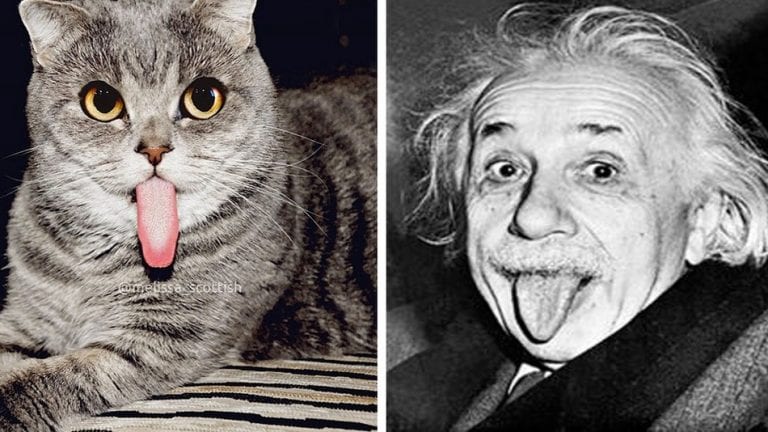 Out of all Einstein’s photos, the one with his tongue out is probably the most famous one. That is why now we can find similarities between one of the world’s greatest minds and this kitty.

Rowan Atkinson, who will always be the one and only Mr. Bean have made us laugh over and over again. His facial expressions are memorable and his big eyes do remind us of the eyes of this owl.

Nicki Minaj has had several hair colors over the years with green being one of them. Put a lime peel at the top of this cat’s head and there you go – Nicki’s double.