A U.K. production company is making a series in which trainers teach dogs how to fly planes. Why? I DON’T KNOW.

The series, Dogs Might Fly (is it just me or do British TV shows have really literal names?), will find twelve extraordinarily intelligent rescue dogs who show promise to train as pilots in a mansion in Sussex. Why a mansion? I DON’T KNOW. 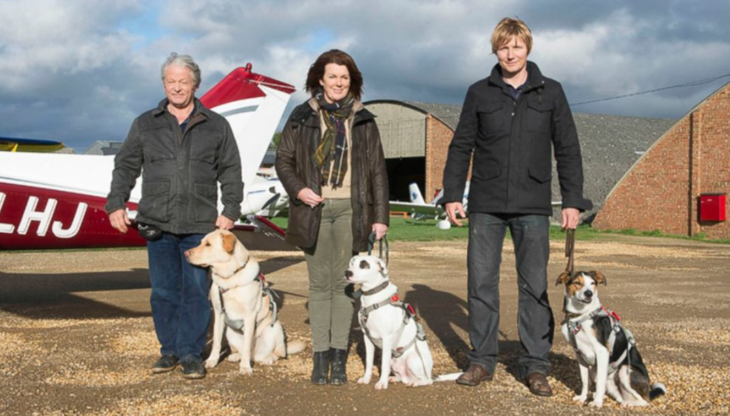 Robin Bennett, chair of the Association of Professional Dog Trainers, told ABC News that dogs are “smart enough to follow a sequence of behaviors that they can be taught to do,” meaning that under the right circumstances and with the right setup, dogs could conceivably be taught to pilot some kind of an aircraft. So it’s not like they can understand and adapt to weather conditions, for example; it’s just that they can probably press the right buttons and get a plane into the air and maybe even land it. I guess we’ll find out.

Despite my confusion, I do want to watch this show, which will be airing on Sky 1. Why? …Well, you know.

Here’s The Fanciest Dog In The Entire World