Total Divas star Nikki Bella is in the spotlight since her break up from John Cena this spring and it looks like the paparazzi are still not leaving her alone. She is having a really hard time coping with them and is seem to affects her so much. She said:

“The media has just been more involved in my life and it doesn’t make me feel good inside. I feel like I can’t escape. It’s like prison and I just have no freedom.”

While being in Miami on Total Divas Oct. 24 episode with Nattie Neidhart, Nia Jax, Paige, Brie Bella and  Lana, a bunch of paparazzi came outside the hotel which annoyed her, so she decided to give them something they can write about. 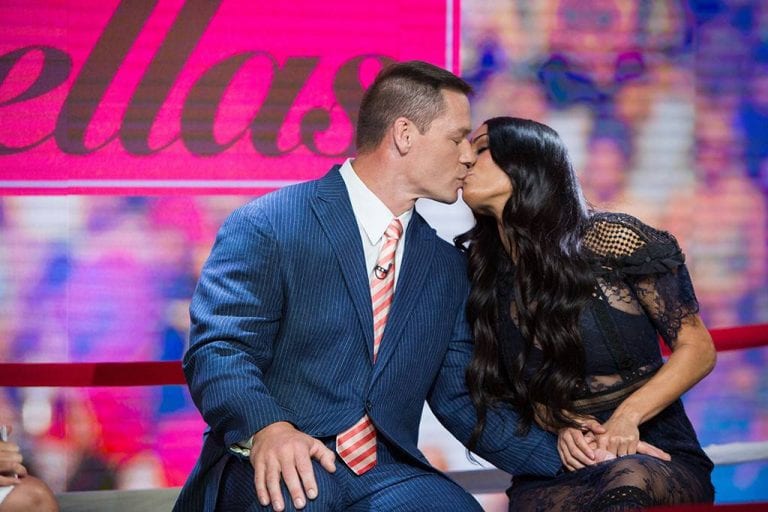 She started flirting with a 21–year-old bartender on the balcony and paparazzi started snapping pictures of her new affair. When the news came out she was more than pleased because all of that was a set-up by Nikki herself and paparazzi bite on it.

In the episode she explained, “We have this hot hired bartender, so I thought it’d be really funny to flirt with him to start some rumors. I always cared about what everyone else thinks, but this is me and if you don’t like it, then so be it. I just want to live my life.”

All eyes are on Nikki this weekend. Don’t miss Wednesday’s new #TotalDivas. pic.twitter.com/D4TnZLlnbd

Even though paparazzi are still not leaving her sight, she is now more focused on what really matters and that’s having fun with friends and enjoying her life.

Did Nikki Bella Get Over John Cena?