Angelina Jolie and Brad Pitt’s custody battle is still going. There have been some recent court arrangements between the couple and the law on time schedule Brad has to obey, which seems a little too stressful for their children to keep up with.

Since there have been reports about how the ex-couple used to argue on their different parenting methods, we present to you the rules their children have to follow.

First, let’s start with 10 rules Jolie-Pitt kids need to obey when they are with Angelina. 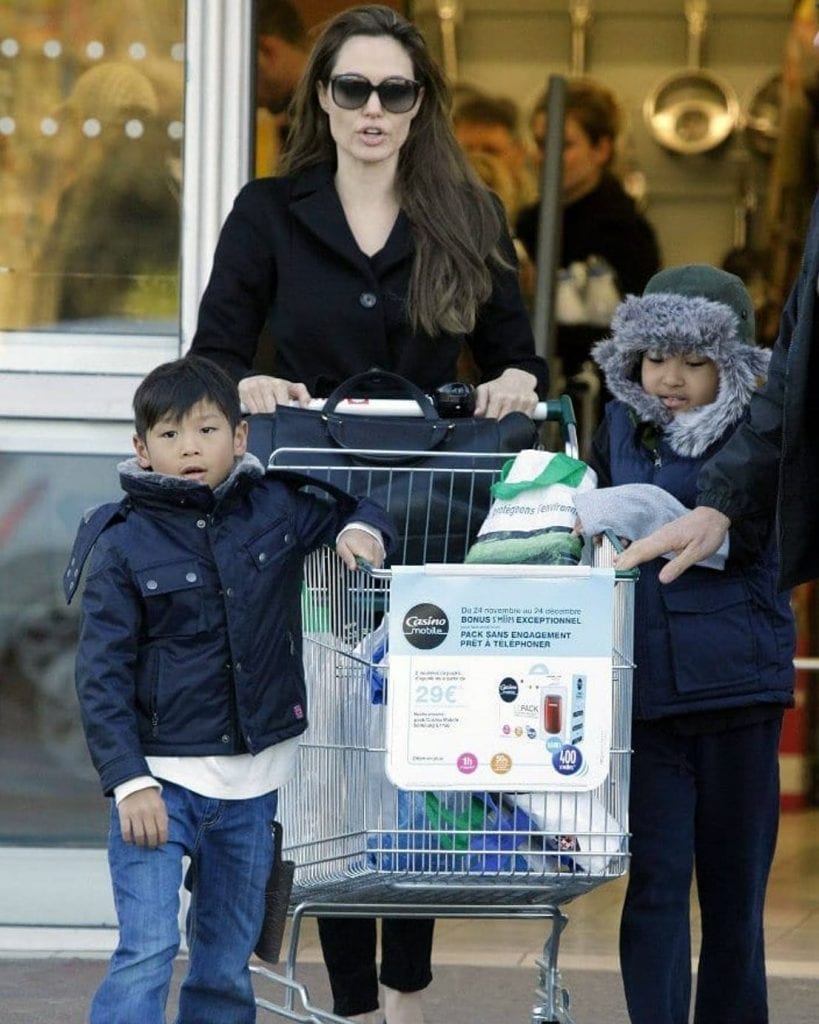 Angelina praises herself on trying to be as normal as they can be, for example, she is taking cooking classes in order to prepare a morning meal for their children. But Knox is no fool. On Angelina’s request to ‘’pretend to be normal’’ he responded with ‘’ “Who wants to be normal? We’re not normal. Let’s never be normal.” 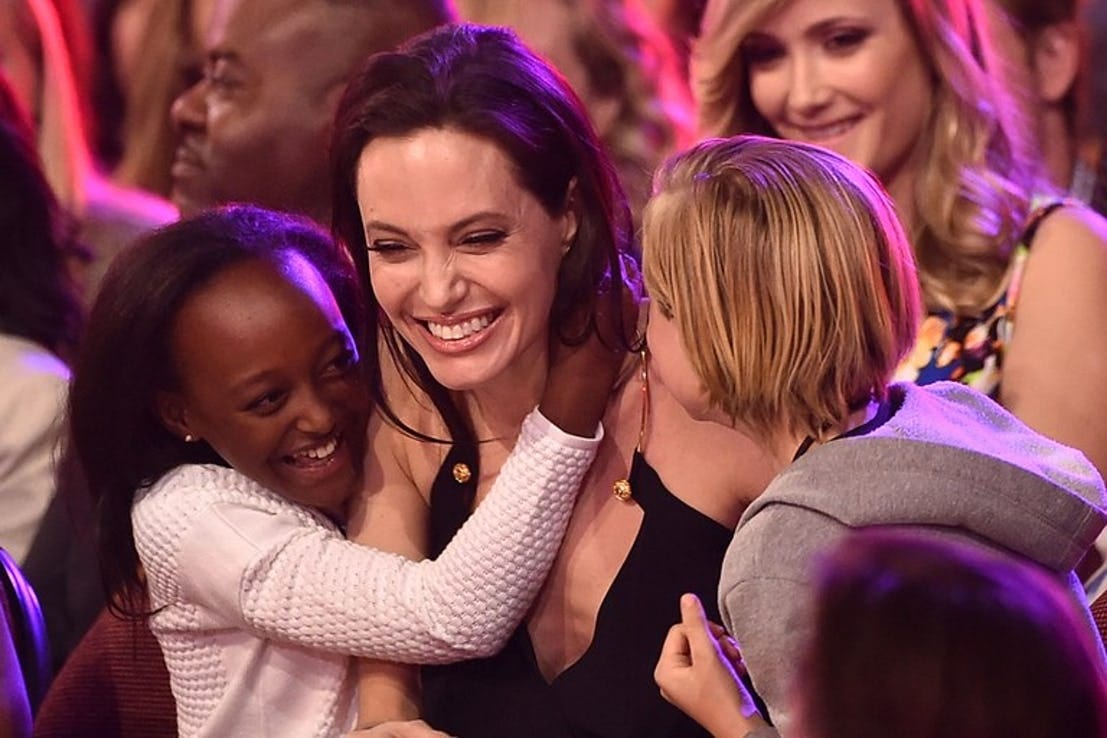 Angelina tends to get some alone time with each kid individually because all of her children are of different age. For example, Angelina took Pax as a plus one on the Golden Globes this year. 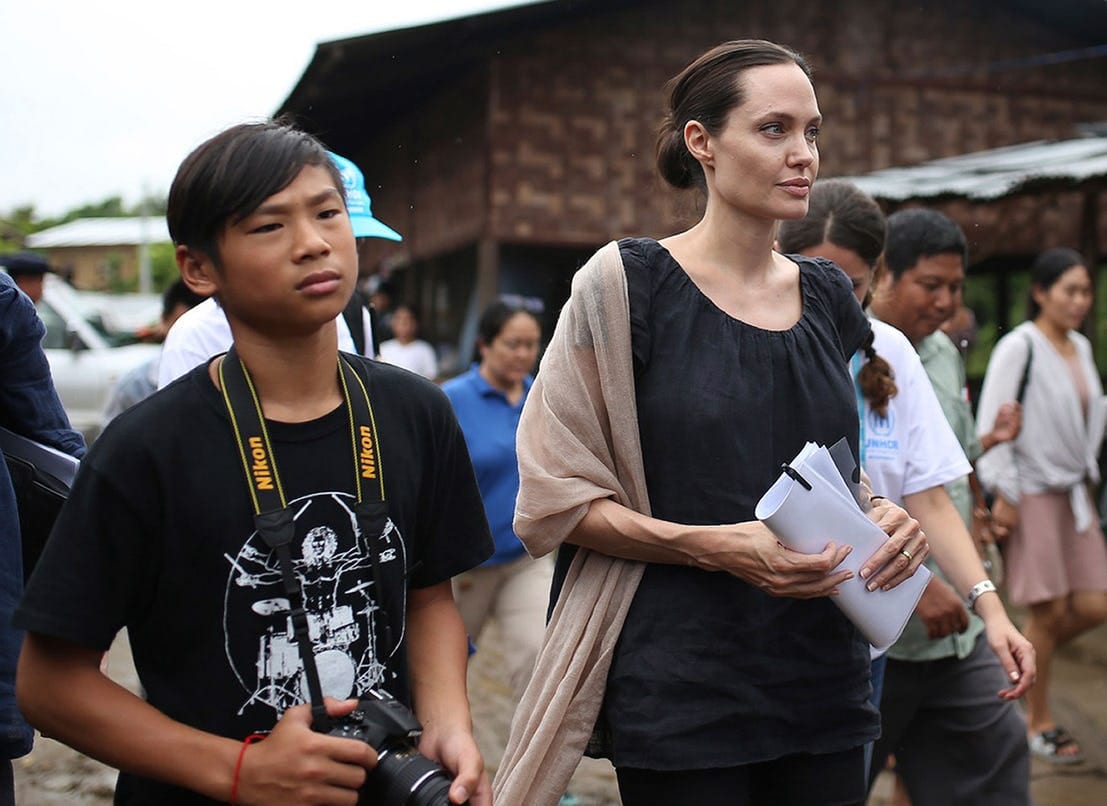 Angelina is known as a great humanitarian, so she is trying to pass that treat onto their children. Maddox was helping Angelina make her movie First They Killed My Father, movie about the terrible things that happened in Cambodia. 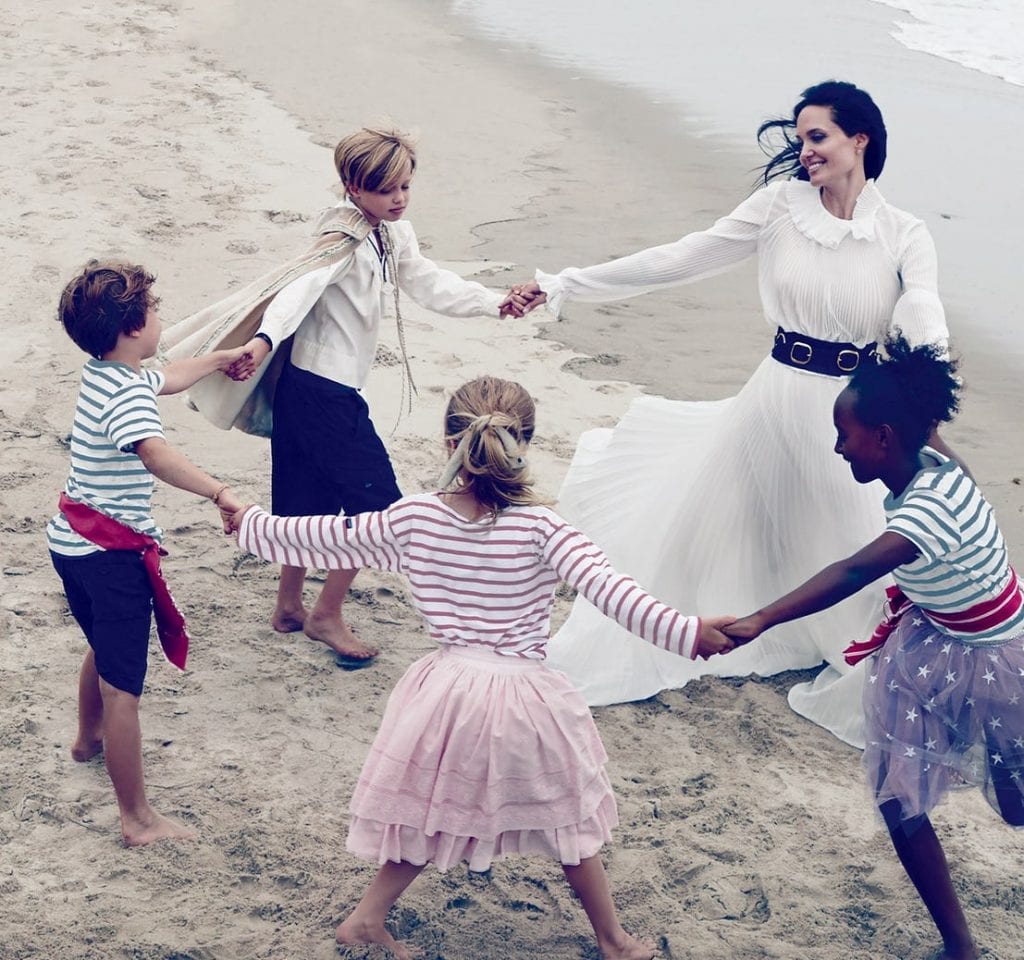 “We’re really such a unit. They’re the best friends I’ve ever had,’ said the actress. “Nobody in my life has ever stood by me more.” 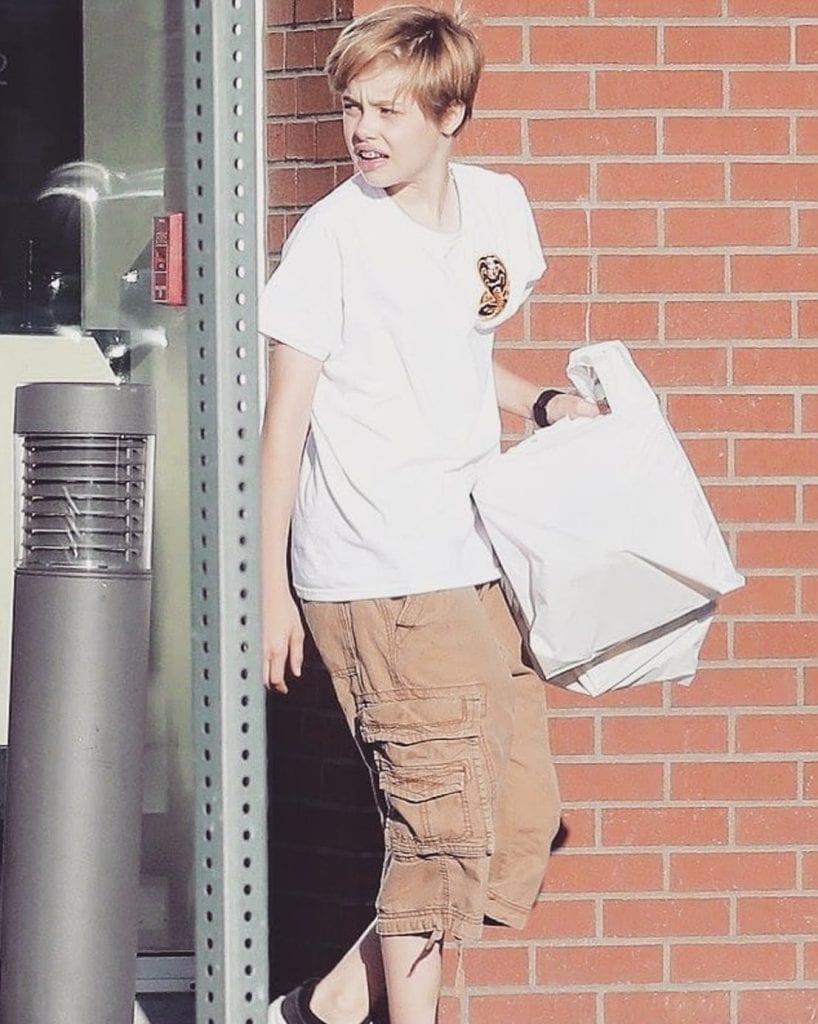 Angelina shares a great passion for calling her children by their nicknames. For example, 16-year-old Maddox is “Mad,” 13-year-old Zahara is “Z,” 12-year-old Shiloh is called “Shi”, whom Brad sometimes calls ‘’John’’. 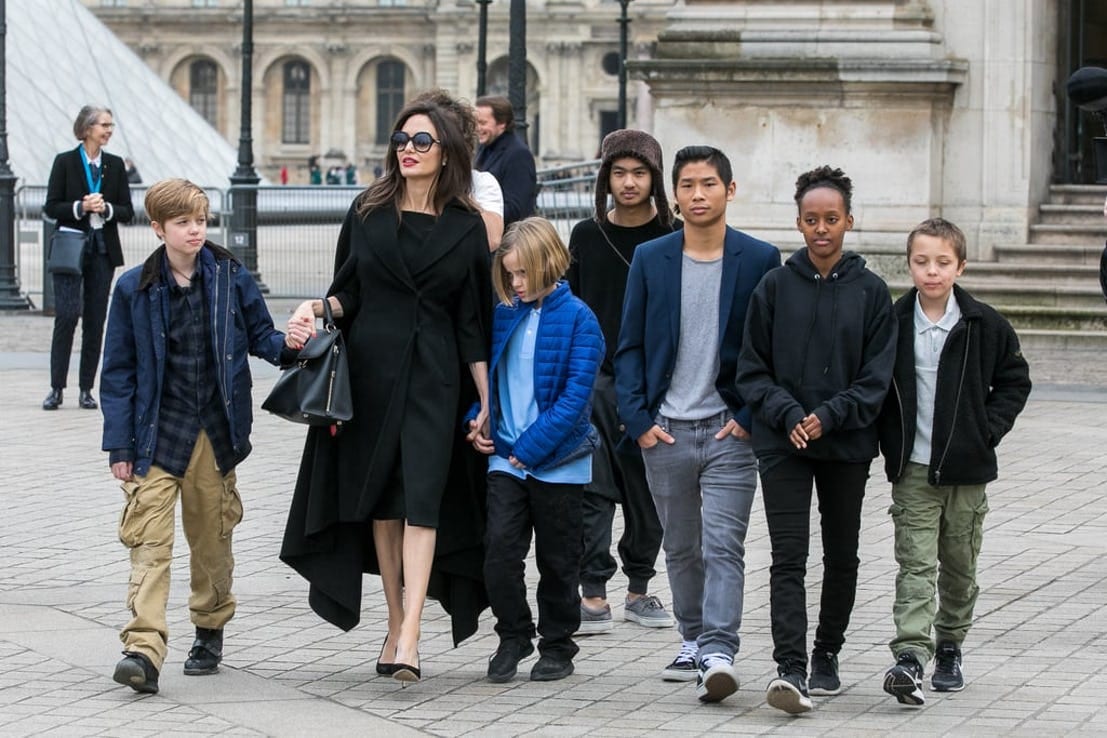 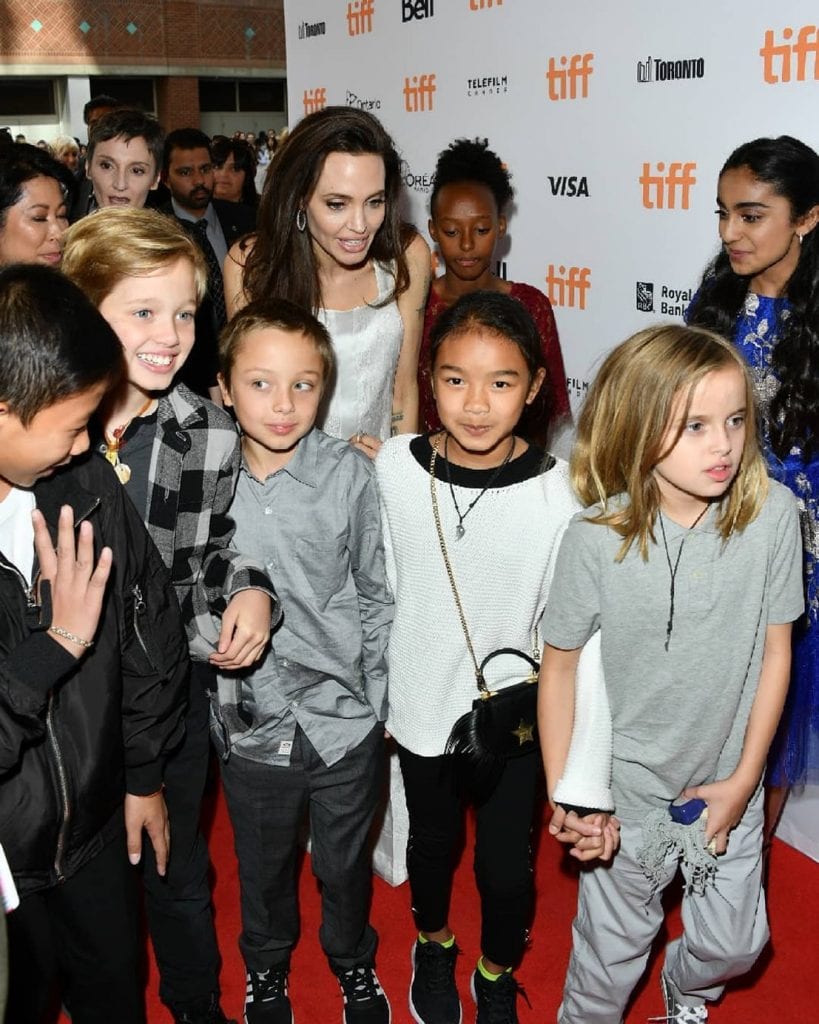 “It bothered me how little I was taught in school. I do worry about my children’s education. I homeschool partially because they are from around the world and it’s very…I didn’t want them to have the same education I had when it came to Vietnam or Cambodia,” shared the actress with the People. 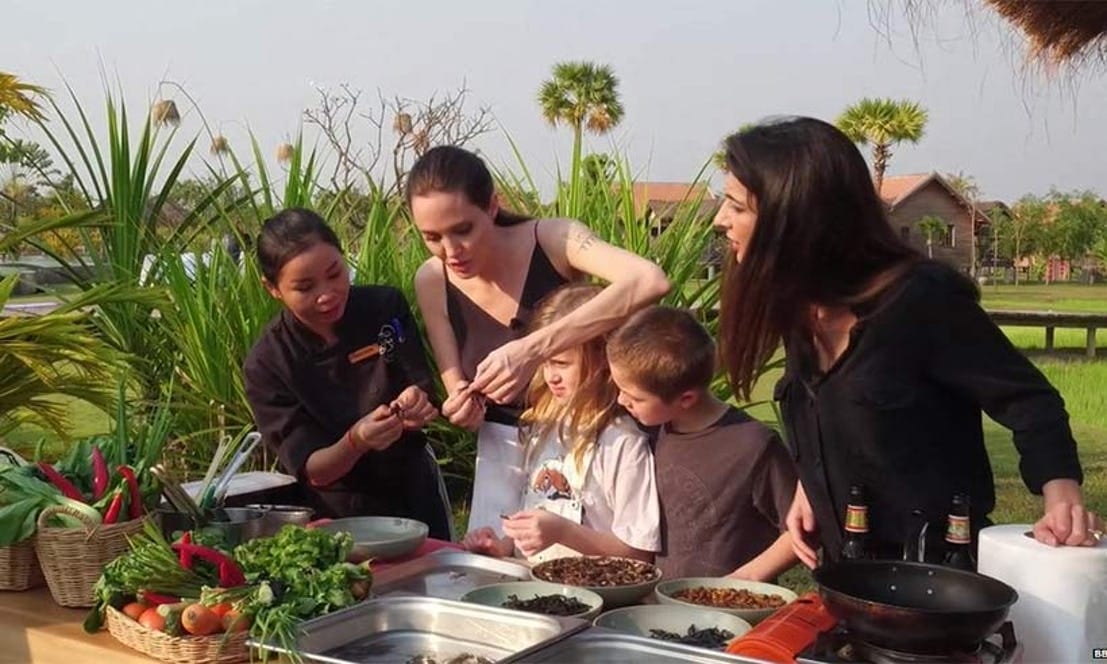 Vanity Fair witnessed the cooking session in which Angelina and her kids were preparing tarantulas and scorpions for a family meal. “You start with crickets and a beer, and you then you kind of move up to tarantulas,” she said to BBC News.

Not all of her kids are fond of these meals. 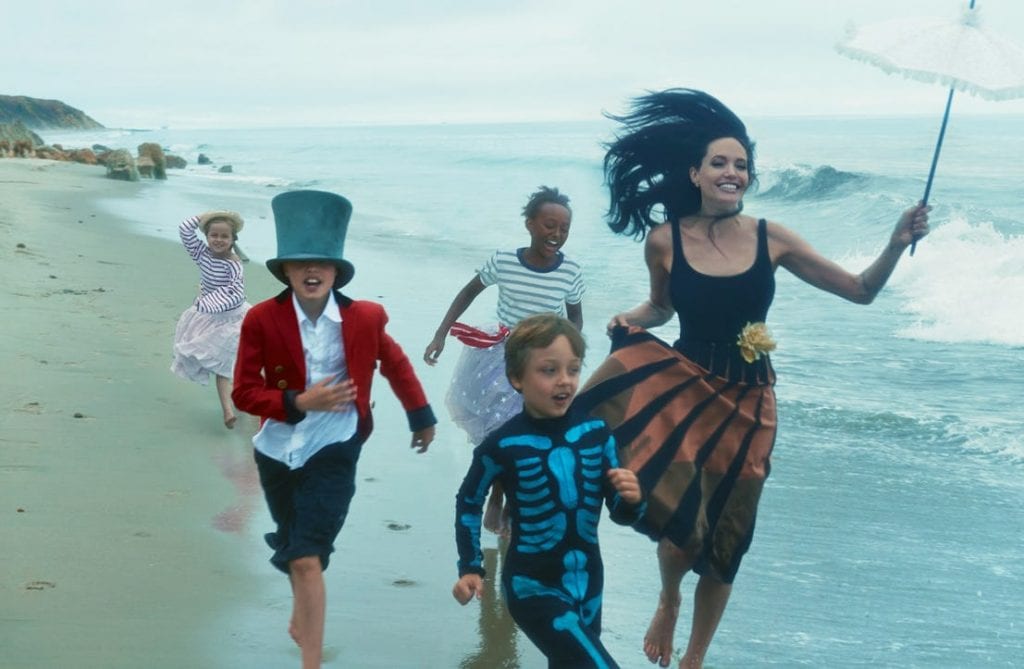 “Food and water fights and soccer games inside the house remain the norm,” a family source shared. “Angelina has no clue what she is doing. There are absolutely no rules.” 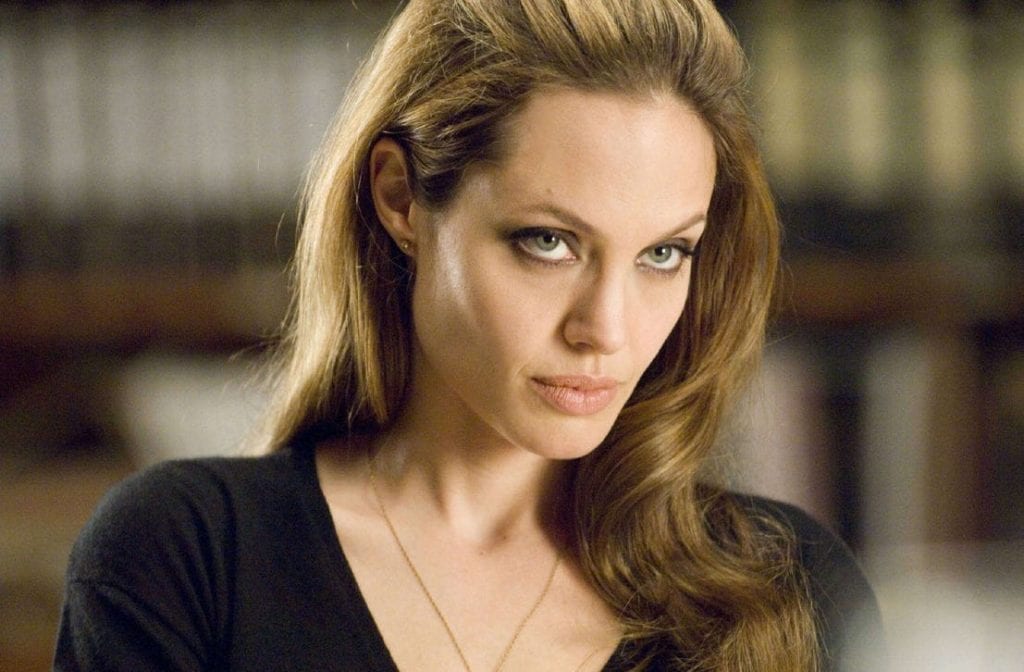 She prohibited the use of alcohol in her house for good, which can be explained by the fact that Brad had drinking problems. She won’t allow them to drink not even after they turn 21.

Now its time for Brad’s rules. 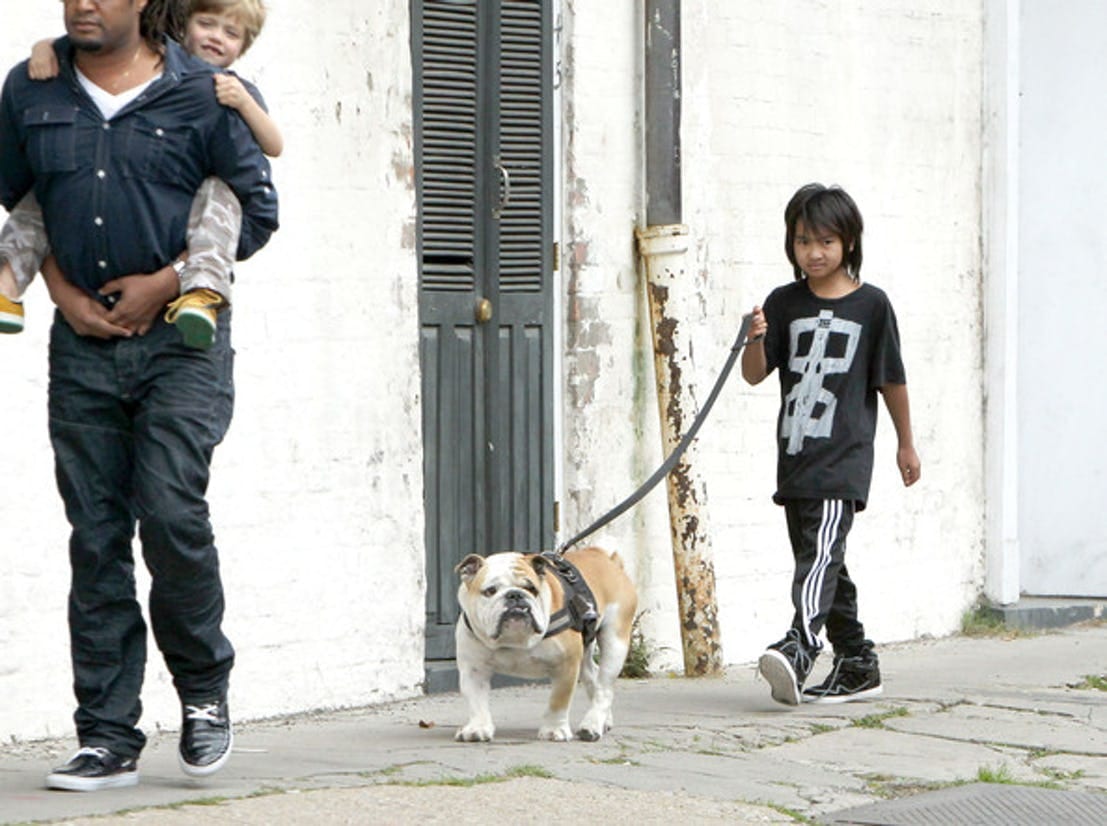 “He is a dad who will want the kids to do chores and things like that. Like most mums and dads, it’s a good cop bad cop thing. Like the old saying, ‘Wait until your father gets home’. Brad is kind of the enforcer. The kids never complained,’’ shared an ex-staff member.

2. Don’t google your mother and father 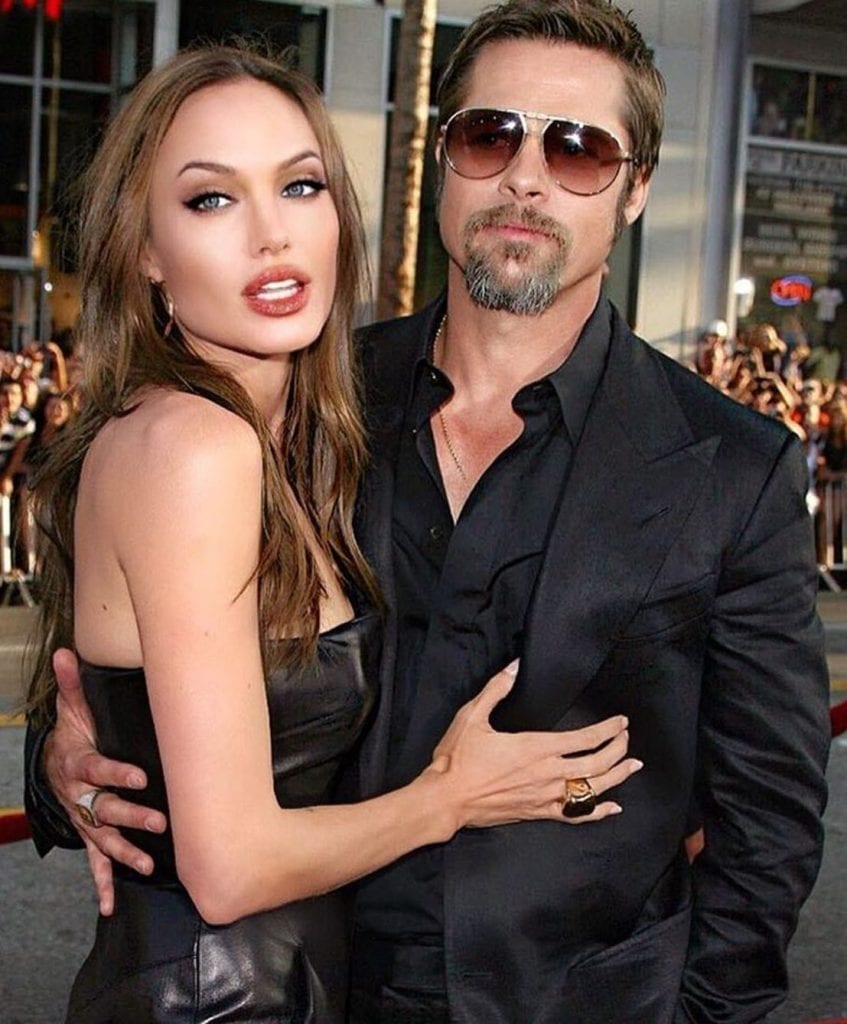 On all the kids’ computers, we had our names blocked,” shared the actor to Germany’s Bild. “They can’t Google their mom and dad. I don’t want to make myself dependent on what other people think.” 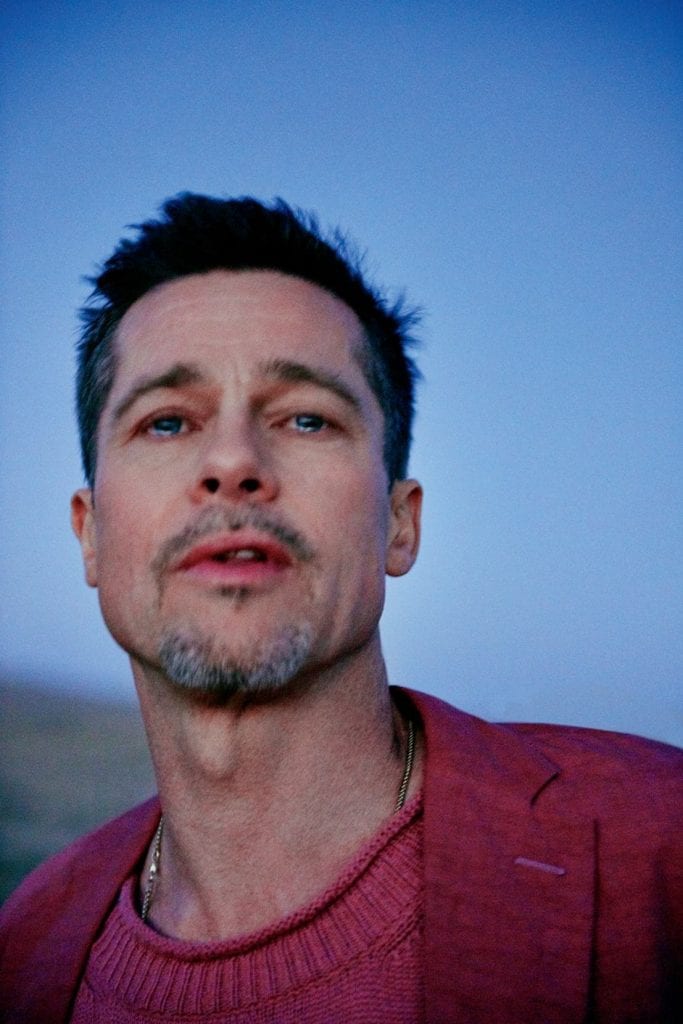 “The use of supervised visitation can be useful for Brad to prove abuse by Angelina because an independent third-party can observe what is going on between Brad and his kids. This third party can report if Brad is demonstrating appropriate parenting, and the children are having outsized reactions. Brad would be well-served to have supervised visitation for this reason,”  said David T. Pisarra, a California Family Law Attorney.

4. Do something for you 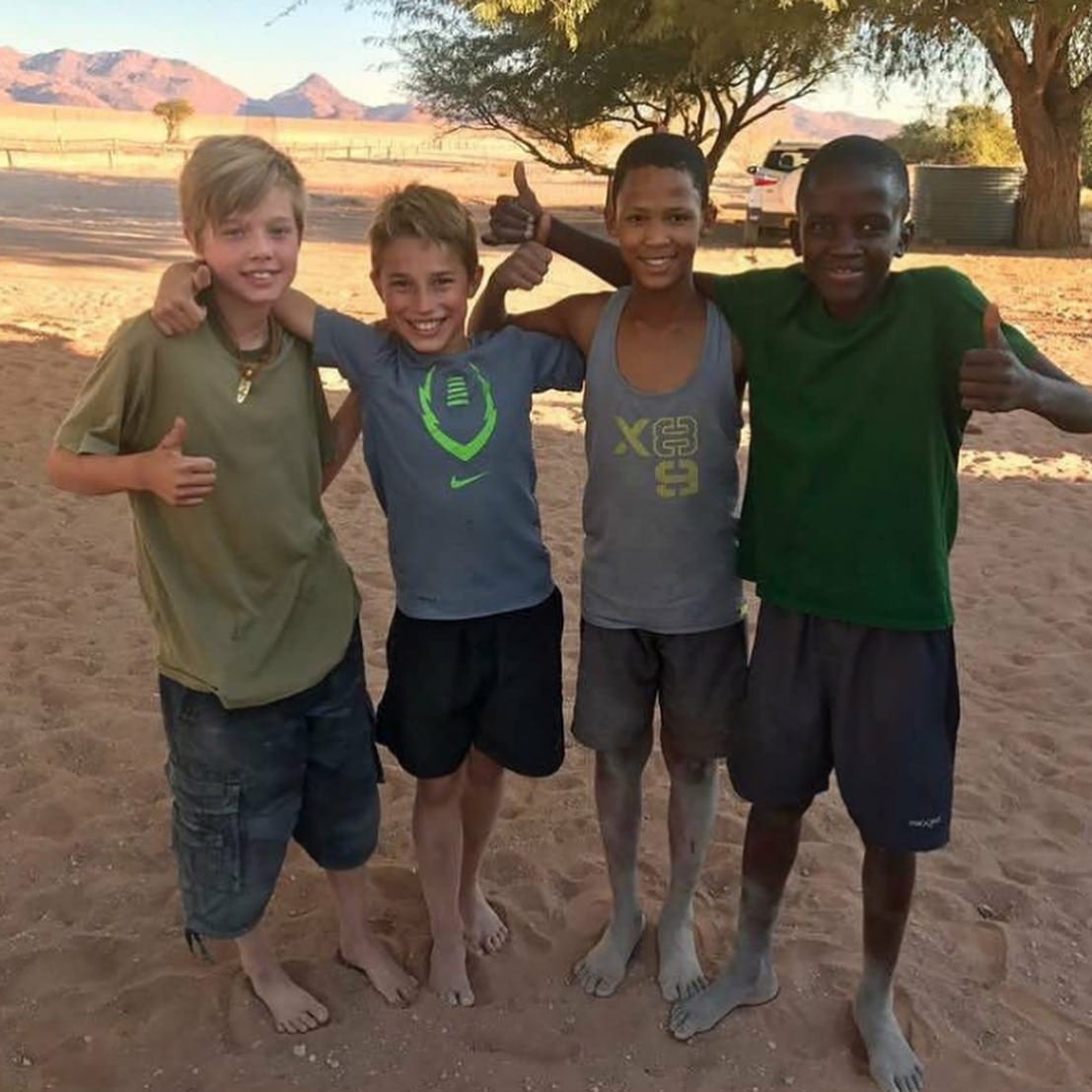 “One thing my folks always stressed was being capable, doing things for yourself. [My father] was really big on integrity – and that informed a lot of what [we] try to do now,” said the actor to Hello! magazine.

5. Watch how you behave 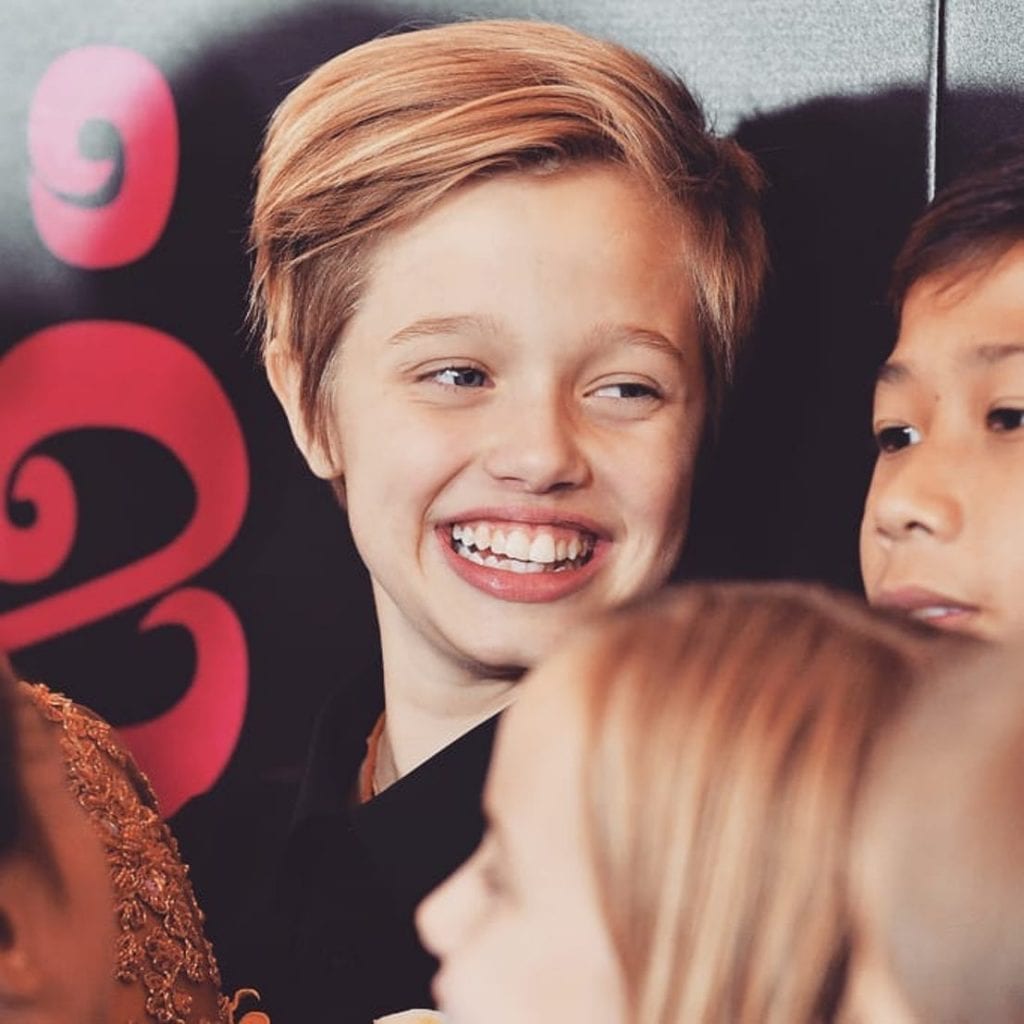 “In my view, Brad has always been a loving parent. He has been a boundary setter and [taught] manners and you’re polite and you respect people, giving them all the right tools to succeed as young adults. He is always there for them as a parent should be, through the good times and the bad times,” shared an anonymous staff member with the Sun.

6. Respect the elderly and be good in school 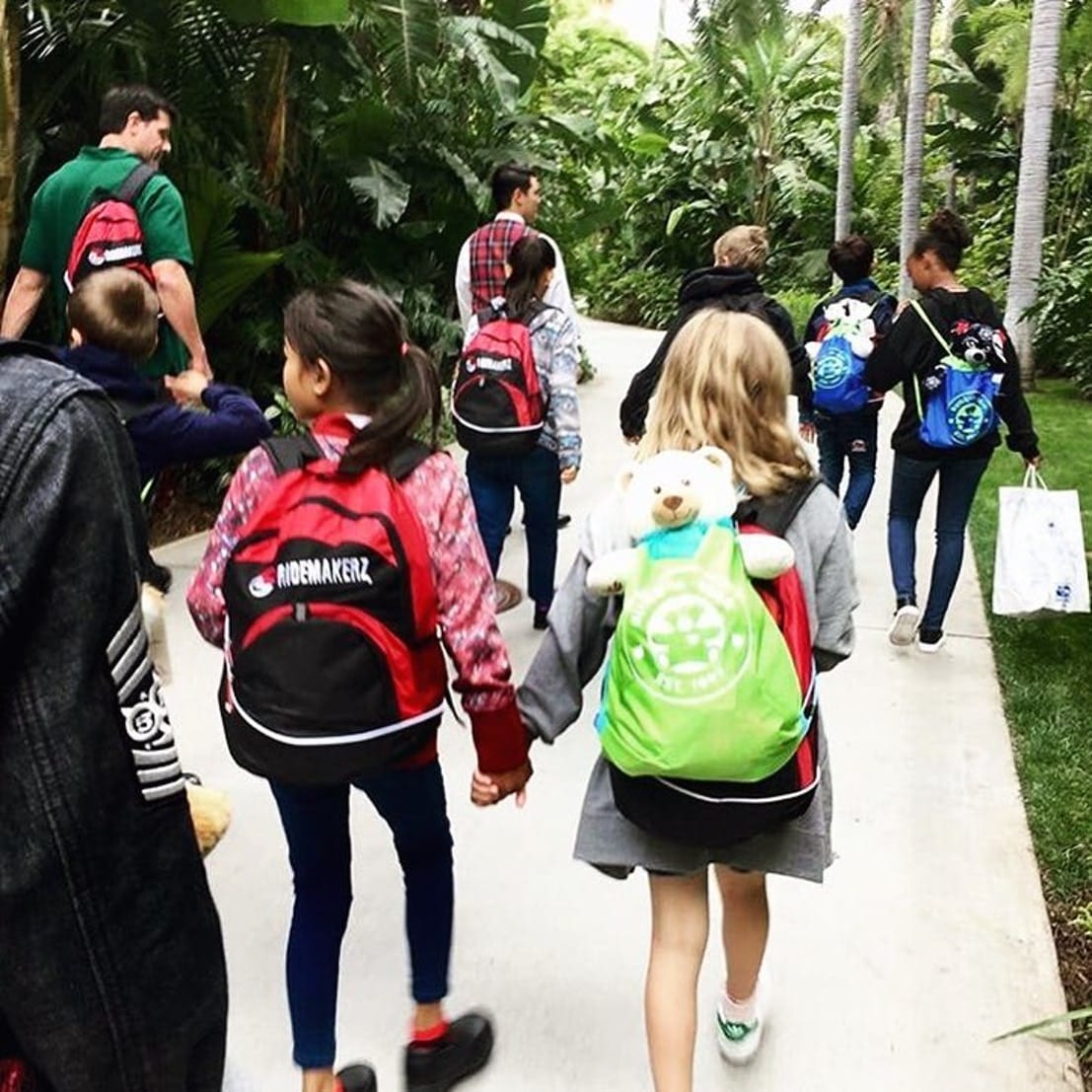 “I can only insist that children respect their teachers and are well behaved in class, recognize the authority of adults, and achieve good results in their studies. What else to add? Each of them is an integral part of my life. Forever,” shared the actor.

7. Stay in one place 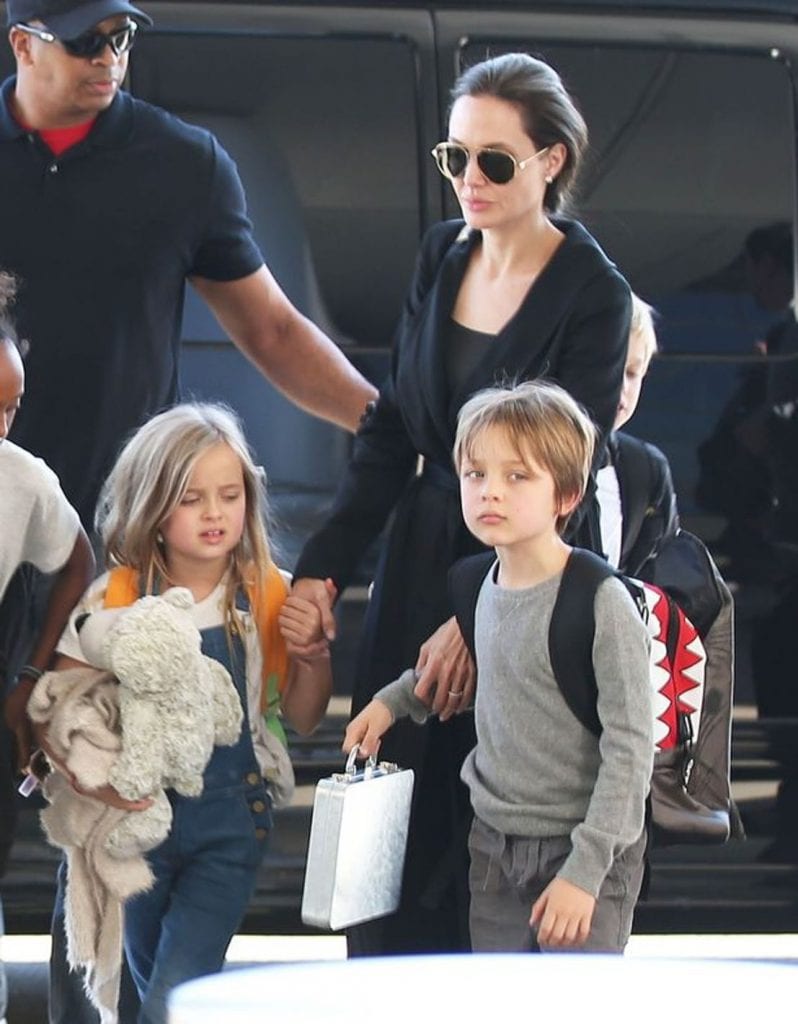 “Brad tries to maintain a safe environment for the children, so that when they visit they stay home,” an insider told ET. “When the children are visiting, they are usually accompanied by bodyguards and nannies. The house is basically on lockdown. He wants his time with his children to be private.”

8. Go to sleep at normal hours 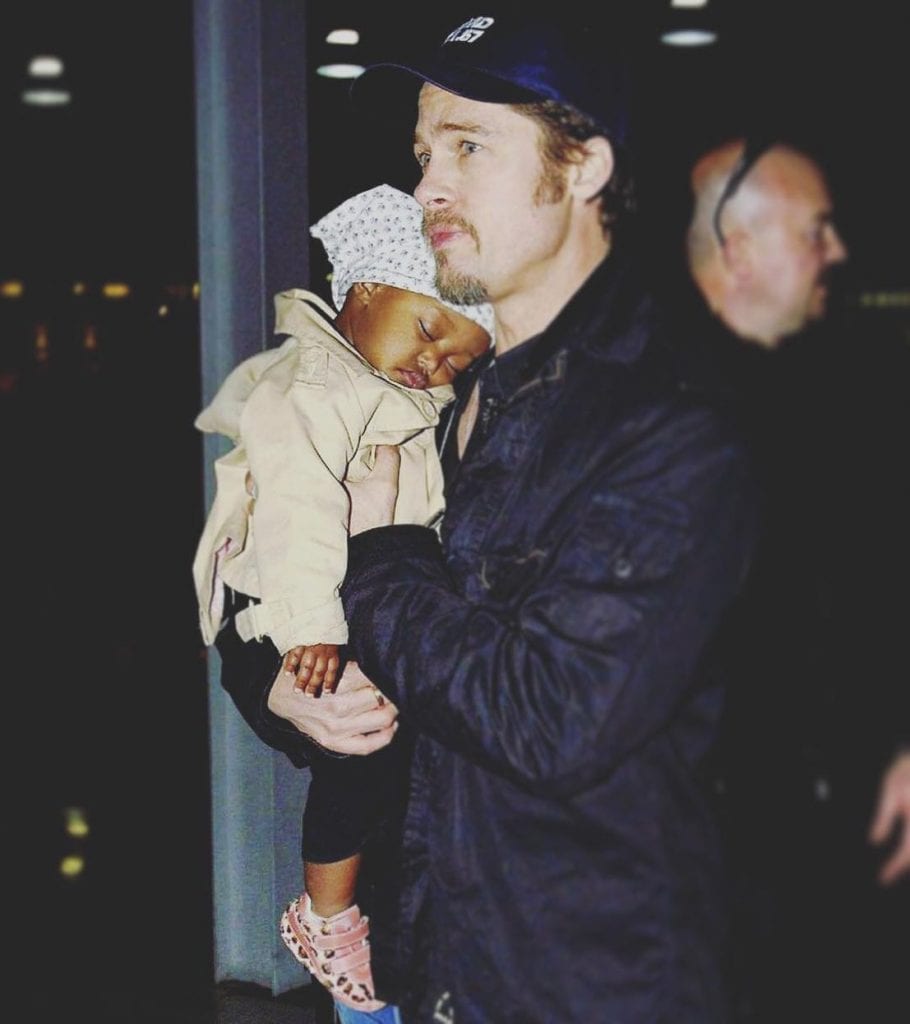 It’s not uncommon for all of the kids to be up past midnight during the week, eating sugary snacks and soda,” an insider said. “They go to bed very, very late and end up sleeping in very late the next day.”

9. Set life goals and be humble 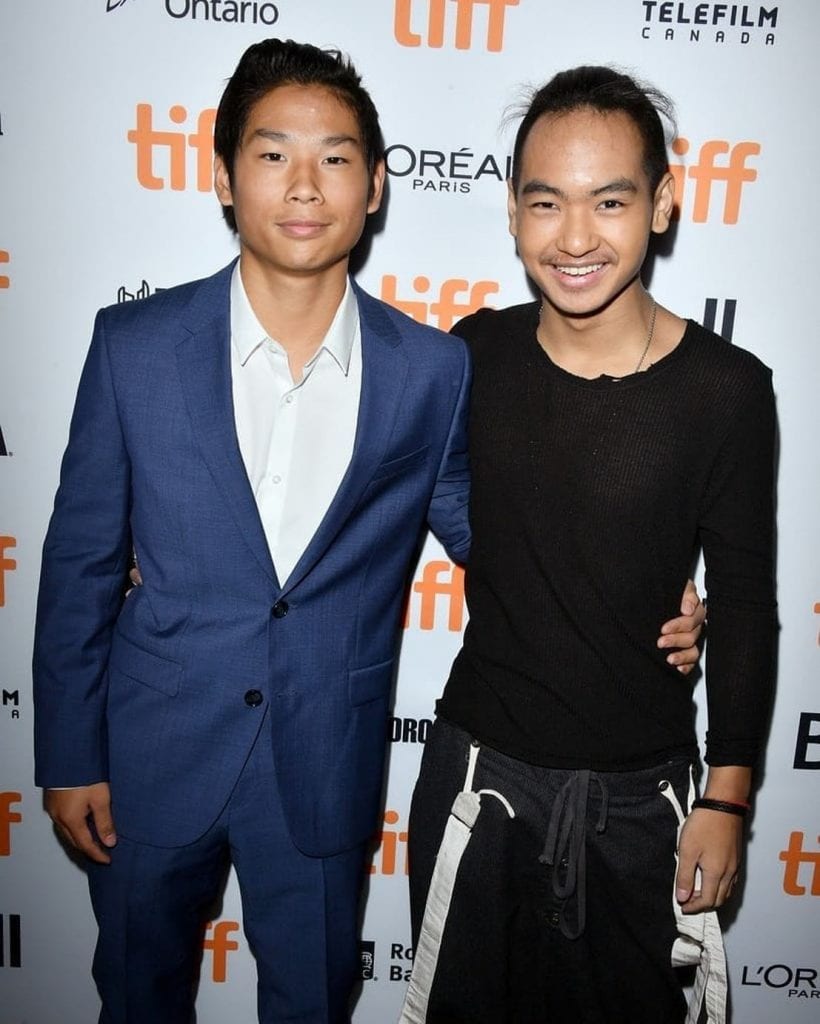 “Like all parents, I have ambitious plans for them,” Brad shared in an interview. “I hope they will find their place in life, and my name will not be a hindrance to them. I know a lot of sad stories of those who had inherited a large fortune, and I fully understand the risks. Yes, my children have access to everything that is best in the world. Compared to others they have a huge advantage – I hope they are aware of this and will appreciate it.” 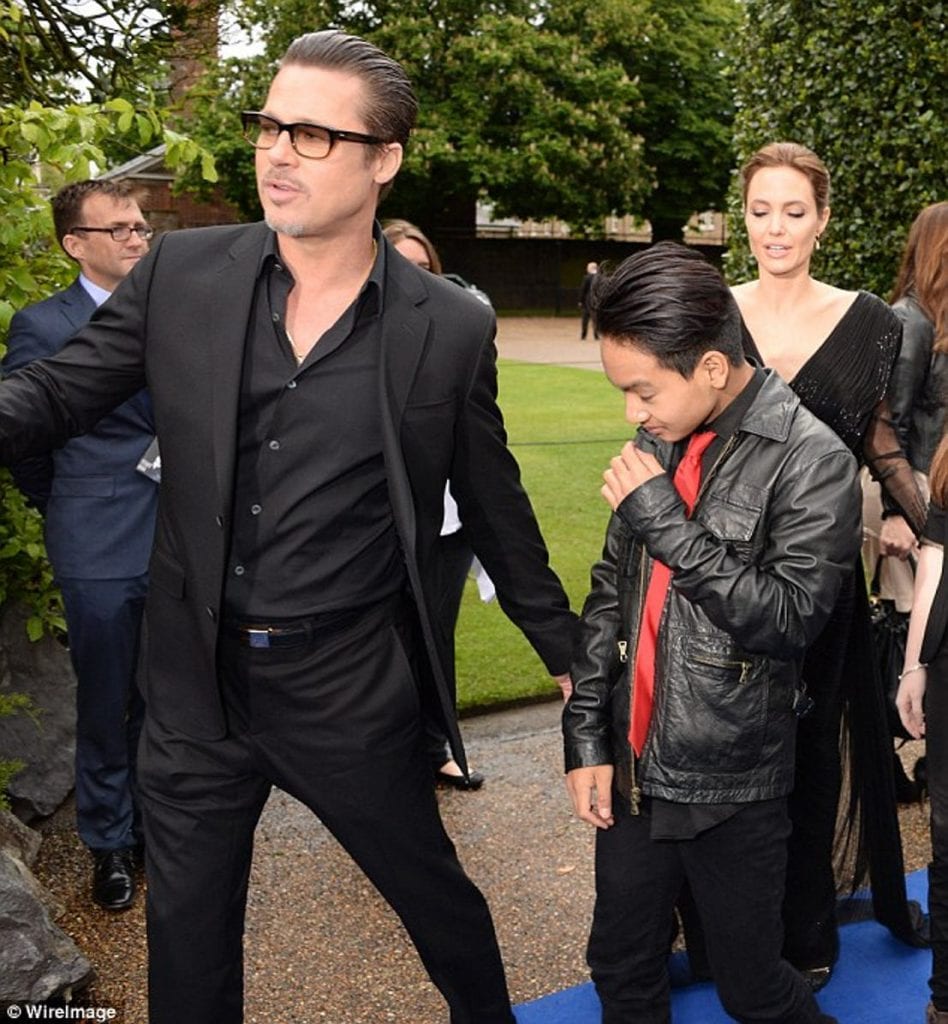 Brad shared with the Telegraph: “I am [a disciplinarian] with the boys. Girls do no wrong so I don’t have to be. I feel like my job is to show ’em around, help them find what they want to do with their life, put as many things in front of them, and pull them back when they get out of line, so they know who they are.” 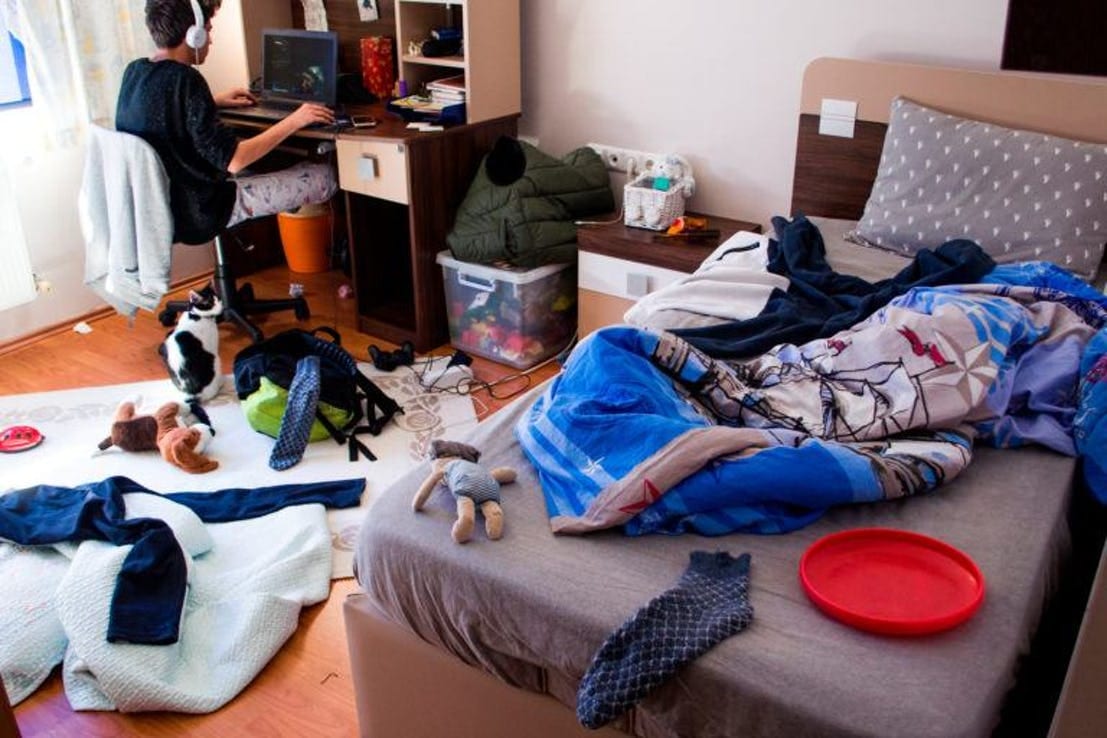 In 2012, a source shared with the Daily Mirror: “He likes nothing more than doing a bit of housework before getting the kids to help him prepare dinner, which they love. He’s turned into a right Mr. Muscle. He’s also been going to the local supermarket, and runs errands to the local dry cleaners in Camberley.” 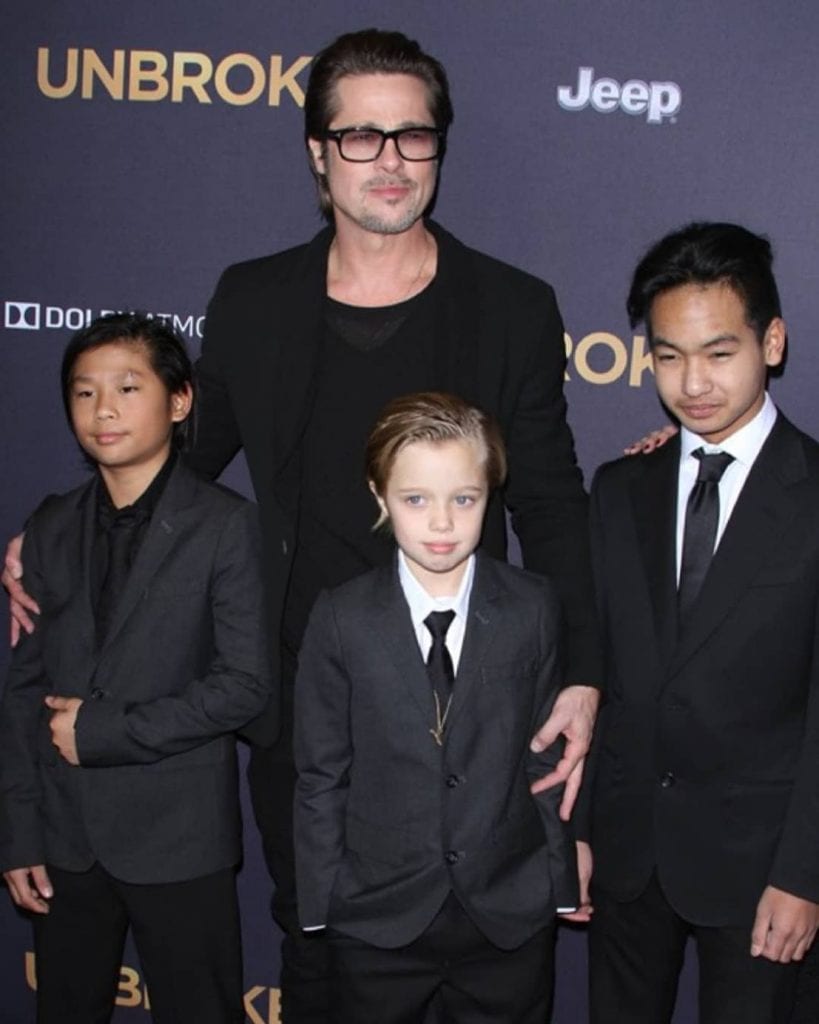 With the ongoing custody battle and the time schedule set for Brad and their kids, the children can’t even stay over at dad’s. But that won’t be probably for long, so the advice to the children is: don’t be too relaxed to use the situation in your favor.