Our Guide to Airsoft Shotguns

One of the questions that many beginners have is how do airsoft shotguns work?

Regardless of if you want to own an airsoft shotgun for target practice or actively engage in the sport, knowing how it works can go a pretty long way. We’d say the majority of airsoft guns, and especially the affordable types are spring powered. They can fire a single shot per round, while some of them can fire multiple BB’s at once.

But the way they work is almost identical, with probably a few changes depending on which airsoft gun you own. We’ll get into what exactly an airsoft shotgun is, how it is different from a real shotgun, and get into the different types.

According to www.airsoftcore.com, airsoft shotguns are possibly considered some of the most fun airsoft guns to shoot and are a popular choice for players and collectors. 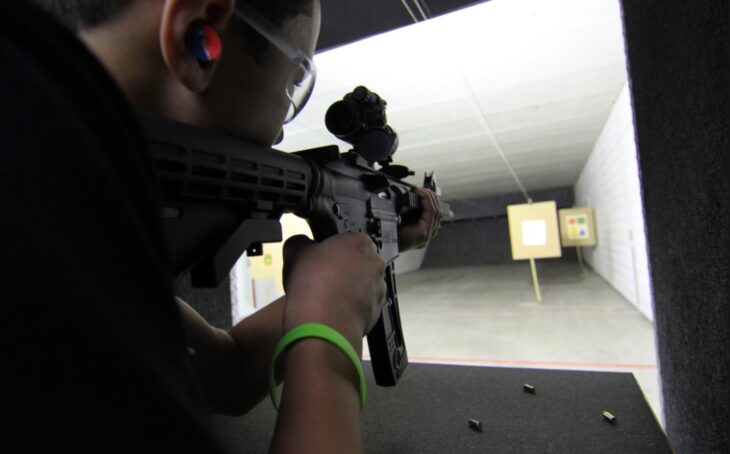 What is an airsoft shotgun? How is it different from a real firearm?

Airsoft guns, often referred to as air-powered weapons, and they are often 1:1 copies of genuine guns. The ammunition, known as a BB, is made of plastic, which is biodegradable for the most part. They’re usually 6mm spherical balls weighing between 0.12g and 0.40g per BB.

The significant difference between airsoft shotguns and real guns is that real guns are made primarily from metal and use gunpowder to fire metallic projectiles at extremely high velocities. The impact of this round can be deadly.

On the other hand, airsoft guns use compressed air or gas to fire plastic projectiles at a much lower, safer velocity. Impact on the skin usually leaves no more than a small welt or bruise, and for some it doesn’t leave a mark at all. However, those looking to get into the hobby of “airsofting” should always wear protective gear around their sensitive parts, such as the eyes and mouth.

Airsoft shotguns usually fire multiple pellets simultaneously, just like their real steel counterparts. However, there are airsoft shotguns that just fire a single BB, but those are unremarkable for the most part.

Now that you have an overview of how airsoft shotguns work let’s look at how each type works in a bit of detail below. 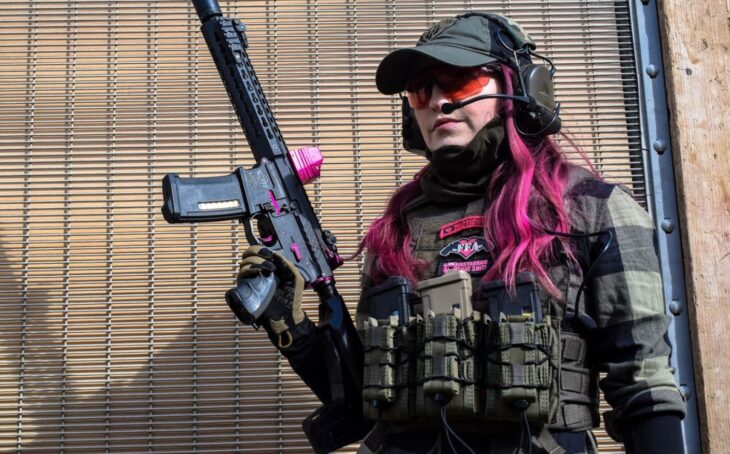 As the name suggests, they are powered by tension springs. The shotgun uses manual operation, usually known as a “pump”, which allows the user to have more control over their gun. You might have seen movies like the Terminator or Aliens, and you’ll see a pump shotgun in action.

Spring-loaded airsoft shotguns will shoot pellets by air exerting pressure on them when the rifle is cocked and fired. The velocity of the quick uncoiling of the spring pushes the pellets out.

If you were to compare this with other types of shotguns, the mechanism and initial cost of purchase are low. Plus, there isn’t much of a learning curve to them either. That said, if you want semi-automatic or automatic shotguns, then they aren’t available as a spring-loaded weapon.

These types of shotguns are typically low-cost and easy to get into. 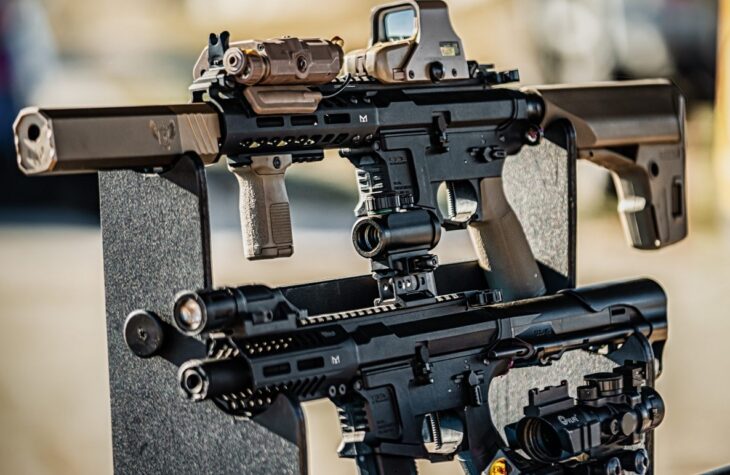 Gas-powered airsoft shotguns are relatively new. Instead of using a spring-loaded piston, these airsoft guns are operated by high-pressure “green gas.” They work is by pushing high-pressure gas through the gun, taking the BB’s with it. When the user presses the trigger, that gas is released at high pressure, which then spits the pellets out of the gun.

The main feature of gas-powered shotguns is that they do not require extra effort by the user to cycle the action, and so are closer to their real-life counterparts than the spring shotgun variety.

While gas-powered guns are powerful, they also require more maintenance. This is because the seals on the gas shotguns require lubrication and routine care or else, they will crack. Additionally, gas shotguns are typically many times more expensive than their spring powered cousins. 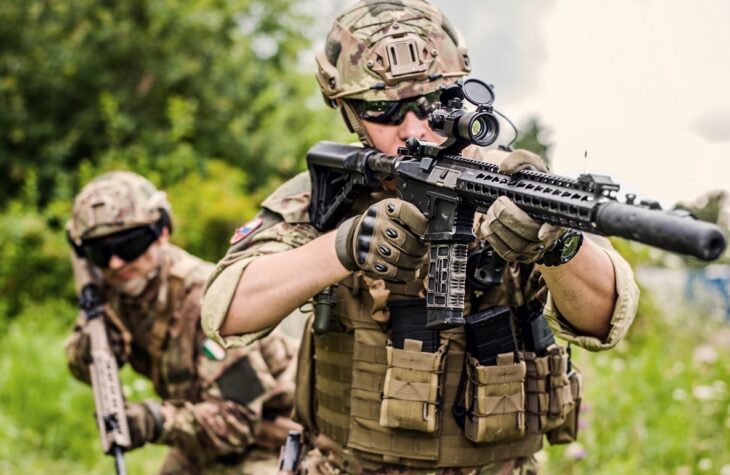 Some airsoft guns are often referred to as AEGs, which is an abbreviation for Automatic Electric Guns. These are ideal for single target shooting. As the term suggests, the guns use electricity, and that electricity is drawn mainly from a battery pack. This battery will power a motor that spins gears to compress a spring. Once a certain pressure has been achieved the spring will push a piston forward along with a volume of air.

Power/pressure generated by the spring pushes the BB projectile forward, which shoots the pellet out. They tend to be highly accurate, demonstrating a high rate of fire, making them great for snipers.

AEGs are amongst the most complex airsoft guns and use a mixture of electronics and mechanical parts. That said, they require maintenance too, but probably not as much as their spring-loaded counterparts.

How do the Airsoft Shotgun Shells Work?

Most of them hold 30 rounds, and are inserted into the gun typically in the same fashion as the real thing. Many players carry multiple shells on them so they can reload on the airsoft field. Individual BB’s are placed into the airsoft shotgun shell 3-4 at time via speedloader.

The airsoft shotgun shells that exist are usually compatible with both the spring and gas shotgun variants. 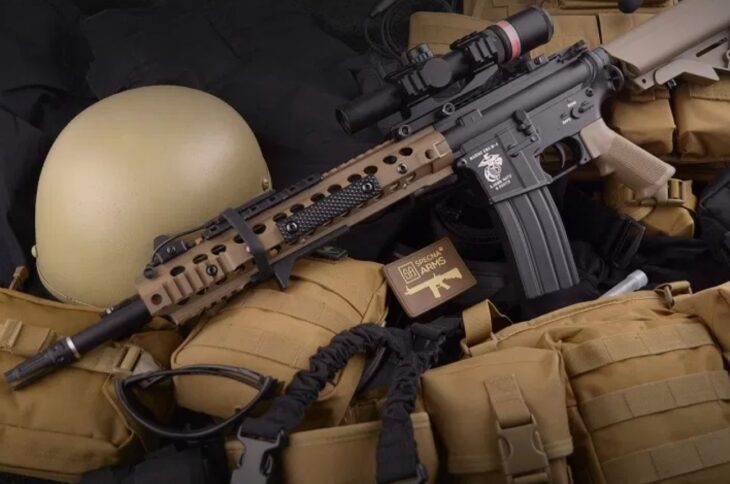 Conclusion – Who is the Airsoft Shotgun For?

Airsoft beginners & veterans alike enjoy firing airsoft shotguns – being able to place 3 to 6 BB’s down range with a single trigger pull is satisfying and fun. It is even more fun when you tag an opponent in an airsoft game in the same way.

Today with so many airsoft shotguns available, it shouldn’t be hard to find the best one that suits your needs. If you’re not sure which one is best for you then our best recommendation here is to try it for yourself. However, in our experience, the vast majority of people who go with a gas airsoft shotgun will not settle for anything else.

Own What You Do And Make It Unique – Steven Franz

Different Kinds of Sex Toys and How to Utilise Them