Own What You Do And Make It Unique – Steven Franz

What does it take to be original in a world where everything seems possible to fake? An issue that social media newbies with a serious apporach are facing, is living a life between fulfillment and showbiz.

Plenty of fish in the sea – and still the same amount of water. Platforms such as Instagram, Youtube and TikTok have become places to make serious money while living the self-directed life you have always dreamed of. The opportunity in mind, that doesn’t make it all easy. There is a consistent rise in the competition, quickly turning it into a cutthroat industry. However, today we are focussing on one content creator who is breaking the pattern with almost natural ease. He doesn’t mind taking inspiration and ideas, but he owns them with his unique personality. Steven Franz is rising to be one of the most exciting social media influencers available today through his creativity. But most of all, because of the unique life he is living. Not only is it the highs he has recently been sharing with his growing audience. But with Franz, it seems to be a nature that has seen him succeeding on a different level ever since back to his high school years. 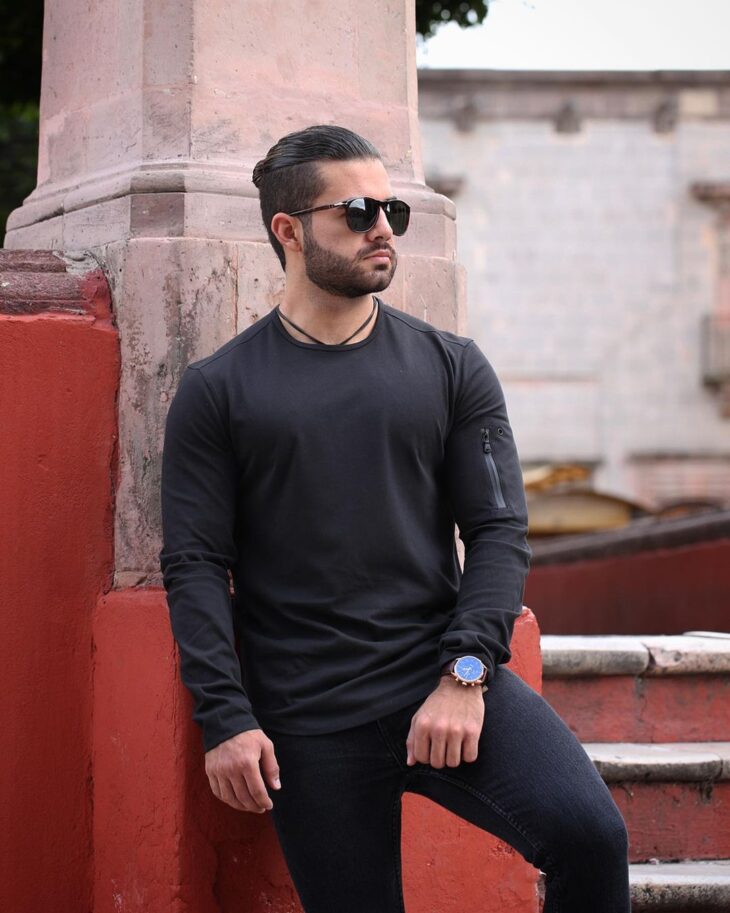 Why You Should Know Steven Franz

Steven Franz is from Austin, Texas and currently runs a YouTube channel, Instagram handle, Facebook, and Twitter. He has a team of videographers, photographers, an editor, and an assistant. His life has been full of extraordinary achievements. Whether it was him becoming the youngest Political Science graduate from St. Edwards University in Austin, who then went on to work for the federal government and congress, or his record breaking perfomances in extreme sports. The youngest male to finish the 100-Mile Ultra Marathon in Texas is more than just a testament to his endurance, and becoming the youngest man to complete the Iron Man in California adds on to his portfolio of impressive titles. While these phenomenal achievements not only show that he likes to perform on the big stage, they are also proof for his determination. Ultra marathons require a very special mindset, that goes way beyond the physical training of the body.

It’s pretty obvious Steven Franz likes to live his life outside of the comfort zone, proving that he can overcome any limits and reach the highest goals again and again. Some might call him adrenaline junky and might not be too far off. Franz, of course, also holds a record of 90 sky divings and 150 scuba dives, hunting high and low for that extra portion of serotonin. While a lot of people are scared of changes and challenges, despite the awareness of the often instant rewards, Franz’ life seems to take place in that exact zone between fear and the will to go beyond.

Interestingly enough, his university studies were initially followed by a successful career in political positions. After graduating university, Franz has worked for the Texas state government, congress in Washington DC, and the Federal Government. A CV so unusual, it’s hard to believe. Even harder to believe, that Steven Franz never stopped searching for new challenges, finding his most recent success in the creation of viral interviews on Youtube. 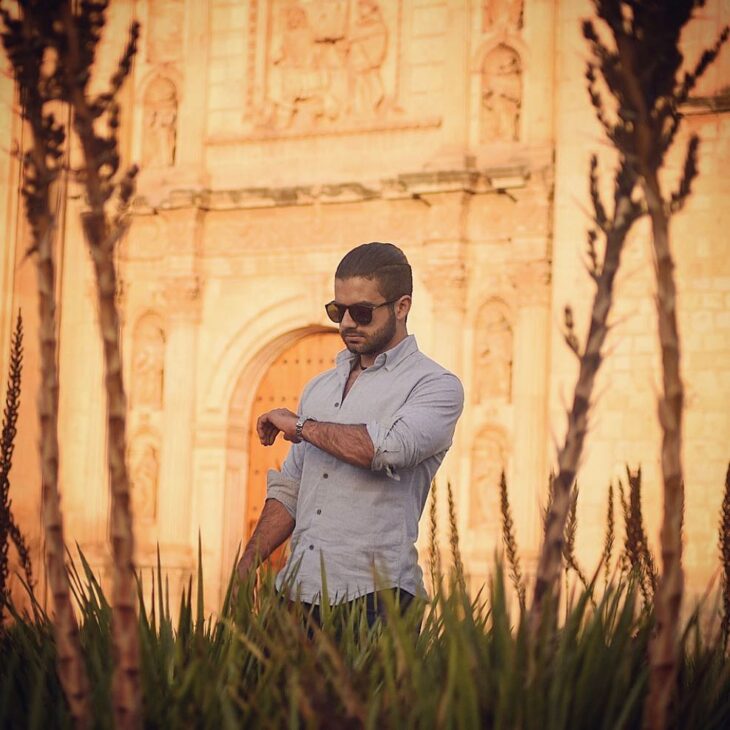 Bold As His Lifestyle

Steven Franz primarily focuses on public interview videos. That doesn’t quite give away the nature of his content though. It’s the situation Franz catches his guests in, that makes the short conversations such successes on the internet. People that are on a night out, or have just left their favourite bar, are met in Downtown, being asked such bold questions as ‘Does size matter?’. The content of his videos is far from explicit, yet holds the right twist and topics for audiences to make sure they go viral.

It is also clear that he is actively seeking to expand his range of content. Playing pranks on people by pretending to be another celebrity has become part of his most successful program, with the likes of Joe Exotic and Lil Pump going through the roof.

But the driven content creator isn’t afraid to leave the spotlight and let others take charge. Just like he did in the Lil Nas prank, where he got a person pretending to be country-trap sensation Lil Nas X. His content also strives to inspire people by showcasing his life’s exciting aspects, especially when he travels and participates actively. It’s as if he is trying his hands everywhere to bring everything for the people.

According to the young influencer himself, his main source of inspiration are his followers. The constant reactions, the anticipation to the immediate reactions and the ever luring potential of videos to skyrocket through the spheres of social media, are a great source of adrenaline. Especially for a thrill seeker like Steven Franz. Of course, there are many negative people, leaving comments and opinions on his videos, but he channels them out. He focuses on the good ones, and Franz is getting a lot of support for what he has built.

The risk-taking, self-direct lifestyle that the original Downtown Interviewer dares to live, for the young generation they are what ‘the American dream’ meant for older generations. The freedom to decide to take your life to whatever heights you want to take them, wherever and whenever. With the difference, that the whole world is watching, as you rise, or potentially fall. 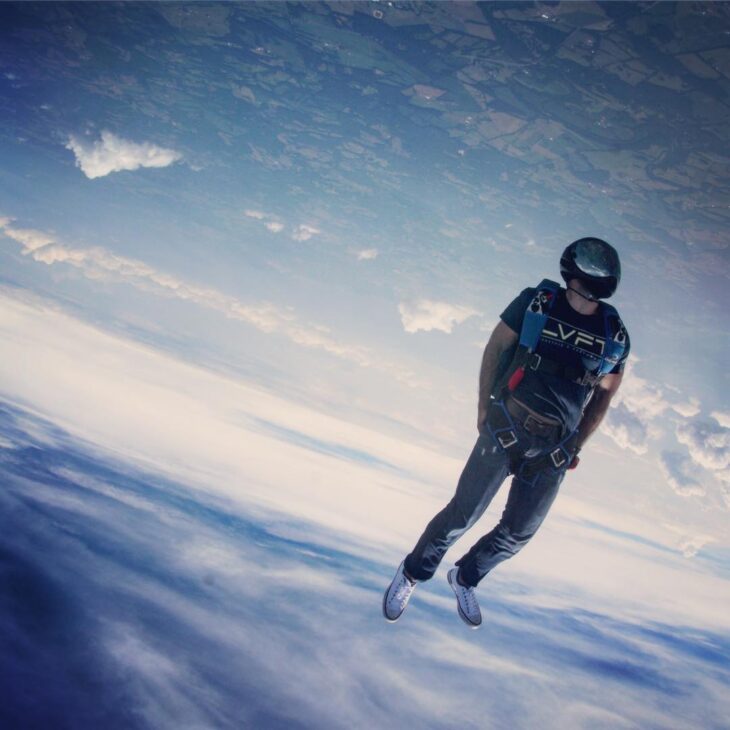 The unique personality, dedication, and hard work combine to make the perfect recipe for Steven’s videos and content. With the achievements he has in his young life, how would anyone tell him he won’t be able to establish himself amongst the modern entertainers on Youtube? You can feel his energy and vibe with him as he constantly works to bring the best out of the people. In an industry with plenty of competition and little originality, Steven has managed to stand out with what he does. We assume anything else wouldn’t be considered good enough for the record chaser.

Our Guide to Airsoft Shotguns

Here Are 8 Ways to Reduce the Cost...