One year ago, the NFC championship landscape was much different.  Tampa Bay was wallowing on the outside looking in.  To be exact, the Buccaneers missed the playoffs for the 12th consecutive season.  Meanwhile, Tom Brady was coming off a helpless playoff performance at New England.  A plodding support cast surrounded Brady on offense.  Tennessee “upset” the Patriots in the wild card round.  According to www.cashbet.ag the game was no upset at all.  To illuminate, sharp gamblers saw what was coming.  Brady did as well.  And it was the last straw for the Greatest Quarterback of All Time. 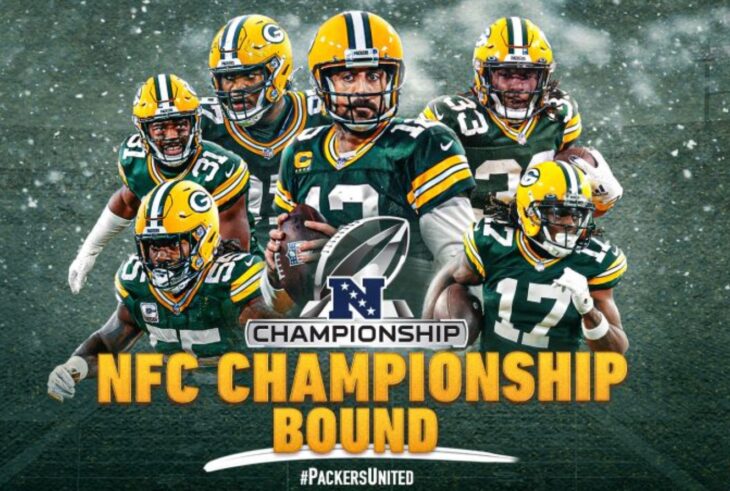 At the onset, it’s essential to understand the oddsmaker’s mentality.  The opening line according to BestOnlineSportsbooks.info isn’t priced on what the linemakers think.  Instead, The betting odds are formed on what YOU think.   Consider the betting line with the stock market.  Quality is not the primary factor in the price of a stock.  The public PERCEPTION of that product is what goes into the final price.  All of which leads to the price for this game.

Lambeau Field has an unrivaled mystique.  NFL fans and gamblers are mesmerized by its image.  To illustrate, it’s about the Frozen Tundra, Vince Lombardi, and decades of epic history.   Green Bay boasts a generational worldwide fan base.  When it comes to an NFL gambling “brand,” Green Bay is top tier.  As a result, that’s formulated into the price you see on the board.

Tampa Bay has none of that going for them.  However, what they do have is Tom Brady.  The “GOAT” of quarterbacks moves the needle like few other players.  Brady is associated with Super Bowl championships.  Thus, he has transformed the Buccaneers NFL betting “brand.”  Gamblers that would never consider Tampa Bay are now backing them with enthusiasm 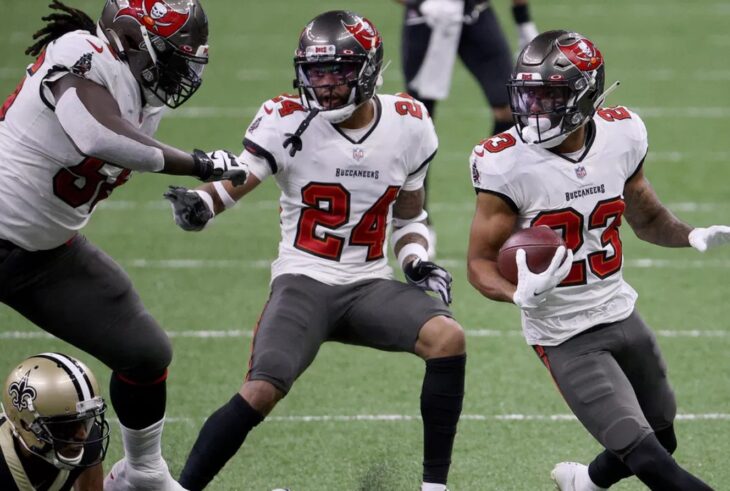 A New Era and Image for the Buccaneers

Previously the Tampa Bay Buccaneers last made the playoffs in 2007.  Not only did gamblers avoid them, but they eagerly bet against them.  Until this season, that is.  According to the Cashbet sportsbook, Tampa Bay saw the most significant increase in betting support of any NFL team in 2022.  Brady was the difference-maker in this change.  But a deeper dive reveals there is much more to the Buccaneers than the GOAT.

Specifically, there’s a reason why Tom Brady chose the Buccaneers over several other teams.  He saw the available weaponry.  More emphatically, the Bucs offered a far more excellent supporting cast than what New England had.  Running back Ronald Jones II, receivers Mike Evans and Chris Godwin, and Scotty Miller are all assets.  In turn, Brady had options that he lacked for years with the Patriots. Former New England tight end Rob Gronkowski came out of retirement to play with Brady.  As a result, the Buccaneers became instantly formidable. 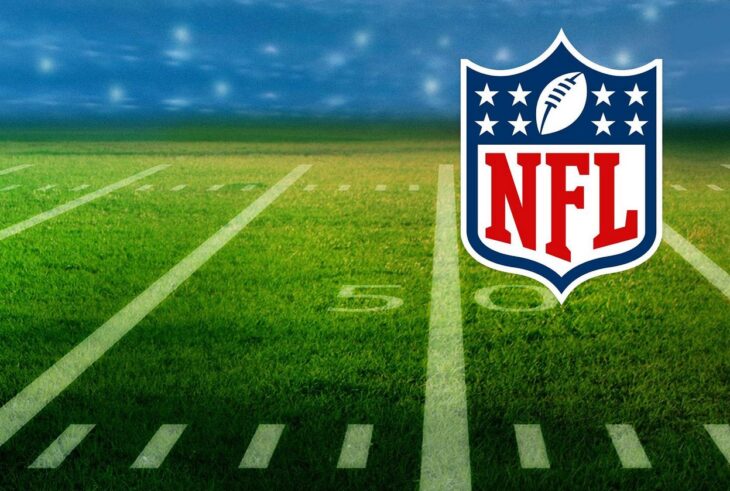 Linebacker Devin White was named Second-Team All-Pro for 2022.  The former Butkus Award winner out of LSU dominated in 2022.  To show, White had a team-best 140 tackles, nine sacks, and 18 tackles for loss.

In like manner to White was 2022 Pro Bowl linebacker Jason Pierre-Paul.  This season Pierre-Paul compiled 9.5 sacks and 11.5 tackles for loss.  Also, he had 6 PD’s, two interceptions, and four forced fumbles.

And then kicker Ryan Succop helped make a complete team with 28/31 on field goals in 2022. 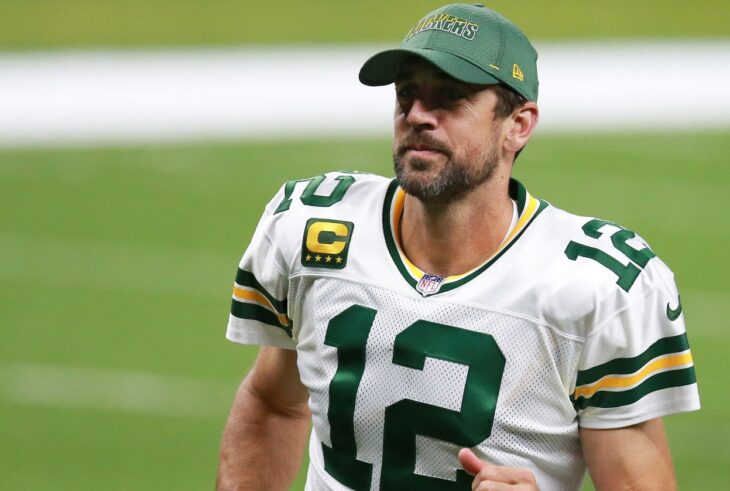 Fashion how the Packers are far more than just Aaron Rodgers.  That is why they are in their second consecutive NFC Championship Game.  Before Matt LaFleur’s arrival, Green Bay had become too dependent upon Rodgers.  General manager Brian Gutekunst and LaFleur quickly worked to diversify the team.  Correlate the vast improvement of the Packers with this tandem.  Green Bay posted two consecutive losing seasons before LaFleur arrived.  Since then, they have produced back-to-back 13-3 campaigns.

At the beginning is running back Aaron Jones.  The fifth-round pick out of UTEP cracked the 1000-yard rushing barrier for the second straight season.  Jones averaged 5.5 yards per rush with nine touchdowns on the season.  Correlate his effectiveness as a pass receiver.  He caught 47 passes in 2022.  Jones is a first-time Pro Bowler this season.

Wideout Devante Adams was named to the Pro Bowl for the fourth consecutive season.  Additionally, Adams is a First-Team All-Pro for the first time.  This season he surpassed 1300 yards receiving (1374) for the second time in his career.  Adams compiled a career-best 18 touchdowns for the 2022 campaign.

Defensively the Packers showed improvement too.  While not a dominant unit, it improved to rank 9th best in the NFL.  Green Bay was shredded at San Francisco in the 2019 NFC Championship Game.  They have spent all season trying to redeem themselves.  This is where Green Bay’s complementary football comes into play.  To illustrate, the Packers rushing attack helps to “hide” their defense. Green Bay eats up playing time on offense.  This lends support to a more rested defense.

Namely, Za’Darius Smith leads the Packer defense.  Smith was named a Pro Bowler for the second consecutive season.  This year Smith had 52 tackles, 12.5 sacks, and 16.5 tackles for loss. 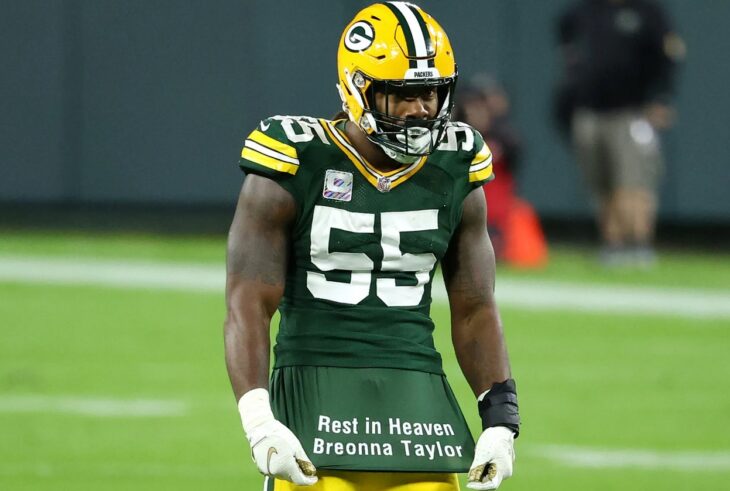 A Dog With Bite?

Previously on October 18, the Buccaneers destroyed the Packers 38-10 as 2.5-point home dogs.  In a matchup that looks even, Tampa Bay plus the points are appealing.

8 Tips and Tricks to Improve Your Odds...