The much-awaited 3.8 Blight Expansion just arrived a few days ago, and some major changes have been implemented to the core loop of killing and looting. What’s more, there’s the exciting tower defense mechanic! The main point here is that the Blight is a mind-controlling essence that brings out hordes of corrupted monsters to mindlessly destroy everything in their path.

This new mechanic can be overwhelming, especially for newer players of Path of Exile. It’s understandable since there’s so much to manage and wrap one’s head around about this new expansion. Luckily, Playerauctions will walk you through the ins and outs of what there is to expect in the Blight expansion and how to easily farm PoE currency and PoE orbs with it! 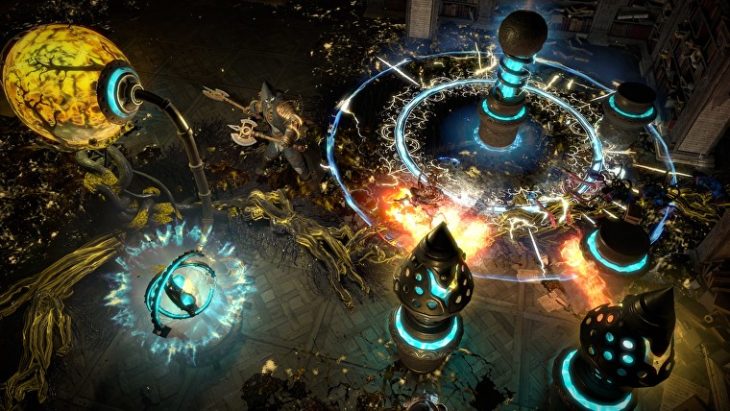 That’s basically what the expansion is all about in a general term. Since all of these corrupted creatures are trampling all over Wraecast, your job is to keep them at bay. To do so, you must help Sister Cassia, a new NPC character, to defend the castle along with the world in Path of Exile. You can find her next to a large Purification Pump if you’re not sure where she is. To start the Blight encounter, interact with the pump to agitate the Blight’s fungal growth, spawning waves of monsters.

Long story short, you will need to defeat all of the corrupted monsters and prevent them from attacking the Purification Pump as much as possible. However, if we go deeper, it’s a lot more complicated than it seems. When you interact with the pump, you will have a short amount of time to set up your defense and strategize where you will place your defensive towers. At first, you’ll only have a small amount of resources to build castles with, but you’ll gain more to kill the corrupted monsters as the stages go. 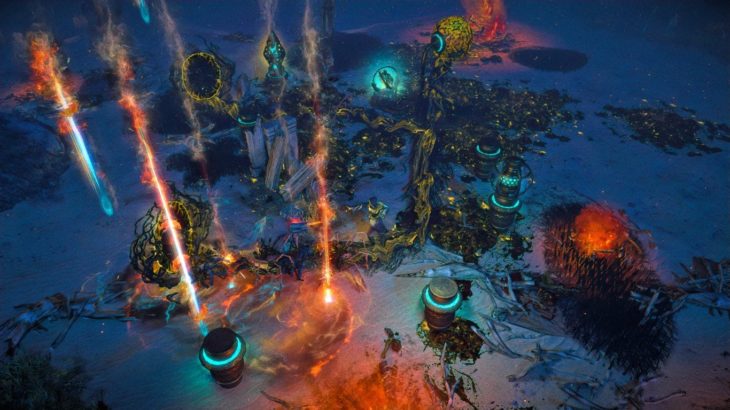 So when setting up your towers, which ones do you pick first? In the Blight Expansion, there are a slew of towers to pick from—six of them in fact. You can only unlock some of them as you progress, so you’ll only get so start with a few for now. Each castle can be upgraded four times, and each of these upgrades will further increase the stats of your castles like strength and effectiveness.

Here are the six towers that you should know about: 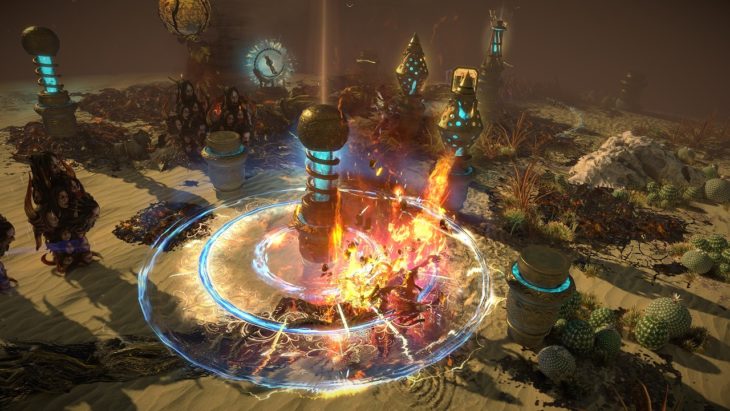 The Fireball is used for long-ranged instances. The castle throws fireball projectiles onto faraway enemies, and the number of these fireballs will increase as you rank them up. Once you’ve reached the final stage of its upgradeability, you’ll have the choice to upgrade the castle to either the Meteor Tower or the Flamethrower Tower.

The Chilling freezes nearby enemies. Great for buying time for other castles to deal damage, the fortress is best used in cross-sections between paths. When upgraded to level 4, you can choose to either transform it into the Glacial Cage or Freezebolt.

The Shock Nova casts a small shockwave around it, paralyzing enemies. It also creates shocked ground within the fortress, protecting itself from any attacks. When upgraded to level 4, it can either become a Lightning Storm or Arc Tower, depending on your preference.

Further enhancing the power of other towers, the Empowering Castle specializes in boosting the damage output of your other defense fortress. By doing so, it will cast an aura on other castles within its radius, causing them to increase their effectiveness. This turf can be upgraded to the Imbuing to Smother Turf when it reaches level 4.Seismic Tower

The Seismic releases shockwaves that will damage and stun enemies. This tower is effective when placed in an area filled to the brim with monsters; it also goes along well with other damaging towers such as the Fireball Tower. The Seismic Turf can be upgraded to either the Temporal or the Stone Gaze Castle.

The Summoning spawns friendly minions that will deal damage to the corrupted monsters; their strength will increase along with their numbers as you level up. It can be upgraded to the Scout or Sentinel Castle when it is level 4. 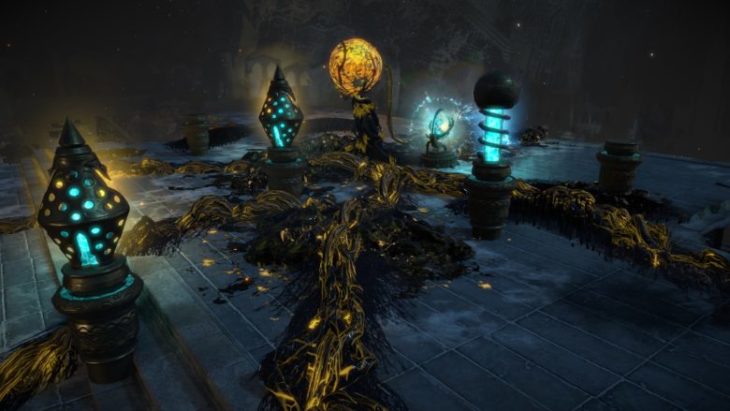 And there you have it! That’s everything you need to know about all the towers for the Blight Expansion. By placing each fortress in the right area, you can instantly slaughter tons of monsters and gain PoE orbs and PoE currency along the way. What’s your favorite tower to use? Let us know in the comments down below!