How Do You Tell if Pipes Are Leaking Behind a Wall

Sometimes there isn’t too much philosophy tied to the fact that your plumbing in the walls has given up on you. There will be water all over the place. When things go around like this, trust us, you’re lucky. Pipes know to be sneaky, and in many instances, you don’t know theta there’s an issue before it’s too late. Being too late in these instances can mean two things – your home will be in a mess and you’ll have heavy expenses in order to repair the damages.

Water is a calamity, and the fact we tide it to our pies doesn’t mean it won’t go wild from time to time. You don’t know the home-owning issues before your home has been flooded. Most people believe that these catastrophes can be averted or predicted but that’s not the case. In most instances, you won’t notice that anything is wrong before it’s too late if you don’t know what you’re looking for. Don’t expect for it to be loud, no. it is a silent attack that happens behind enclosed walls, and the sole purpose could be to surprise you as far as we know. To avoid any unpleasant moment we are going to tell you how do you tell if pipes are leaking behind a wall. This is a piece of knowledge worth possessing. 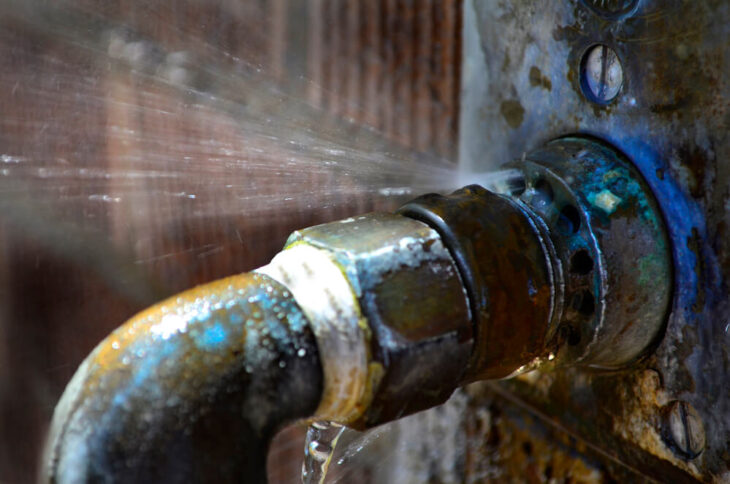 Do not ignore any types of stains on your walls, especially if you’re even slightly aware of existing pips behind them. For the most part, you should look for yellow stains, which are a clear sign of water issues. Trust us, no home receives stains on the walls for no particular reason. There’s always one, and you should think for the worst from the start. When a pipe leaks behind a wall, it will release a lot of water which will have to go somewhere. In most cases, it will start soaking the wall. The worst that can happen, and you should always look for it, are the stains on the ceiling. When the stains are located above your head, be sure to react immediately and call teamemergencyplumber.com. if you want to avoid a bigger emergency be sure to inspect your walls on regular basis. The places where you should look for leaks include corners of the walls, edges, and bottom ends where water could pour. Seek moisture and hope you won’t find any.

Here’s a clear sign if you need one. When water collects in puddles near a wall that holds water pipes you dear sir have a massive problem on your hands. Sometimes, water isn’t complicated, and a puddle is the best you can hope for as there’s no better explanation than a broken plumbing system. Of course, maybe it’s an Exorcists scenario, but we sure hope that you’re not living in one of those haunted houses. Wet floors and wet carpets are bad signs which are easy to notice. Of course, you shouldn’t panic if there’s water near the bathtub or the sink, as there ought to be some, but check everything out in any case. 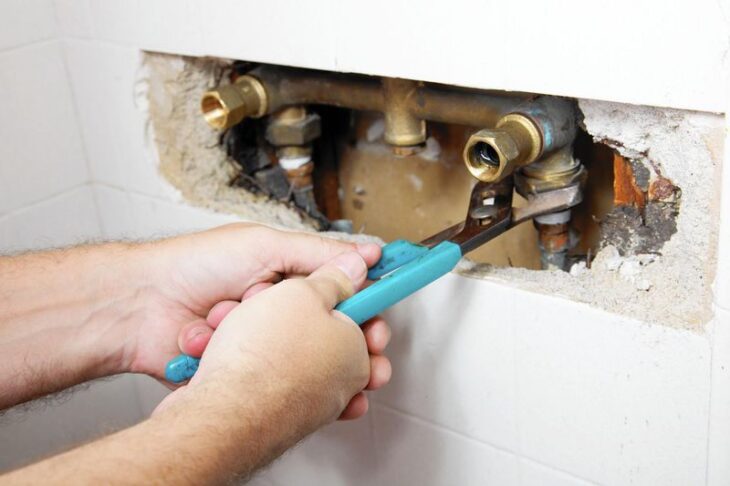 Yes, we know, this sounds funny. Our title sounds like a devil fruit from One Piece, but that’s not what we’re talking about. Like we said earlier, you shouldn’t expect loud sounds when the water breaks out. But, you can search for dripping sounds. Sometimes, it is best to be a little extra careful. We already stated that some signs lead to finding leaking plumbing systems, but you can hardly tell before bigger signs. But if you suspect anything, you’re better off listening to your walls. Initially, pipe leaks start small, so there’s a chance you’ll catch the issue while the water is only dripping a bit.

Sometimes, the issue can become massive before you know it, so inspect your home frequently. Larger cracks can go unnoticed because they occur on the foundation of your home. This is why you need to go underground and look around your basement. Trust us, this is a worthy piece of advice you should listen to. Basements, in general, have a little higher moisture than the rest of the house, but you can tell the difference between the regular basement feel, and when there’s an issue. If the smell isn’t telling a whole story, be sure to inspect the place for cracks. These cracks in most cases are going to be located in the foundation ends of your home. To avoid bigger issues, you need to have an inspection quite often. The reason is simple – these cracks start small but can exponentially grow with time before it’s too late to avoid a disaster. A disaster also means heavy expenses and you don’t want to have those. Be sure to find the issue early on, it will be better for everyone involved. 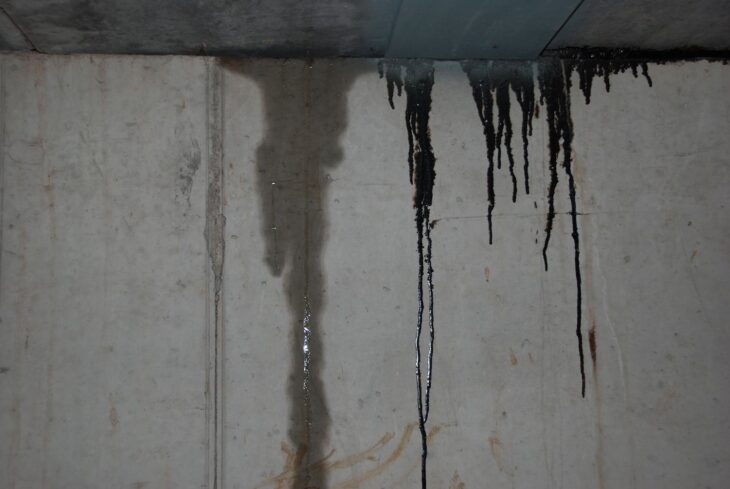 This is a benefit of the leaking plumbing and one you might learn to appreciate. Sometimes, the leak won’t be visible to your eyes. This is worrisome, but there are other ways to notice something is wrong. When there are no signs clear to the eye, your nose needs to step up. If the leak isn’t too large, the water will in many cases evaporate. But, not into the thin air. It will leave a smelly residue, and you’ll be able to tell there’s some extra moist in the air of your home. Humidity isn’t something you want to feel inside of your home unless you caused it yourself. If you’re too late to notice the leak by smell, you should be worried as it will take some other signs to notice the leak. In most cases, the part of the wall where the leak is happening will start to change the color as we said in the first part of our article. If your luck runs out, you’ll notice most of these signs before you realize there’s a leak in your wall. Anyway, there’s help you can receive as we suggested, so there’s always that option.

What Is the Difference Between an Armchair and Accent Chair?

3 Ways Technology Can Help You Keep Your Best Remote Employees