6 Most Popular Plants with Medicinal Value

For millenniums, many cultures around the world have taken to traditional medicine to address their healthcare needs.

Although we have witnessed great strides in the advancement of medical technology, the demand for traditional medicines has increased. Research shows that the industry is worth about $60 billion yearly.

These remedies appear to be more accessible in some parts of the world compared to conventional medicines, and they are also way cheaper, not to mention that they are also just as effective as their more expensive counterparts. This article talks about some of the most popular herbal plants and what they can help treat. If you want a comprehensive list of all the herbal remedies, how to grow them in your backyard, and how to make medical concoctions out of them, The Lost Book of Remedies is what you need. For more details, check out buy-ebookscentral.com. 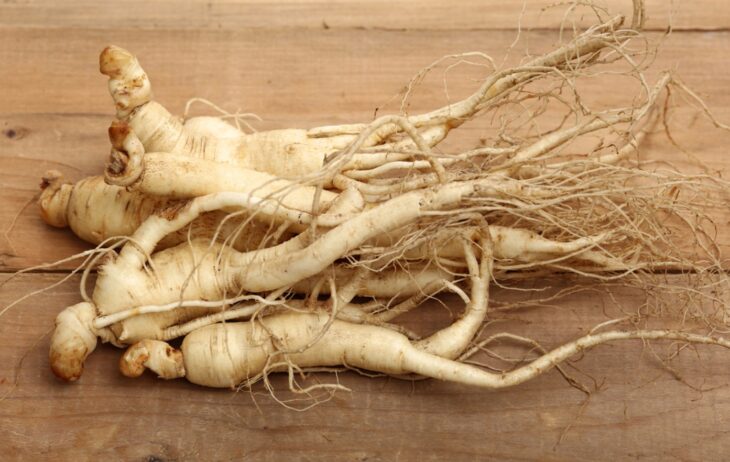 Ginseng is one of the most popular medicinal plants and is a common ingredient in Chinese medicines. It is associated with boosting brain function, immunity, energy levels, and also reducing inflammation. To use it, you can steep it to make tea or even dry it to form a powder.

While there are several varieties of Gingseng, the two most popular forms are the American and the Asian types. These are Panax quinquefolius and Panax ginseng. The American one is more relaxing while the Asian ginseng is thought to be more stimulating.

According to numerous studies, ginseng contains unique substances (ginsenosides) that have anticancer, neuroprotective, and anti-diabetic. 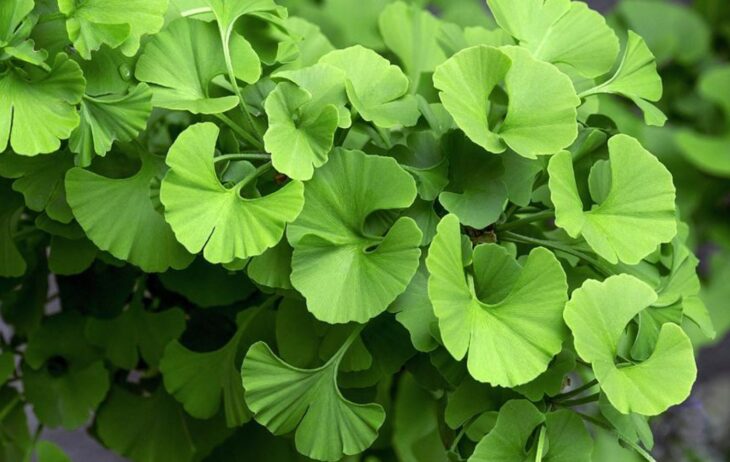 Referred to simply as ginkgo, Gingko Biloba is a herbal medicine extracted from the maidenhair tree.

This plant is native to China and has for centuries been used in many Traditional Chinese medications.

Its leaves and seeds are used to prepare tinctures and teas that are used for curative purposes. But in more modern applications of this herb, leaf extracts are preferred.

Still, there are people who like to eat its raw fruit or its toasted seeds. But the seeds contain mild toxins and it’s recommended to eat it in small quantities, if ever.

Gingko can treat several illnesses which include dementia, mental difficulties, sexual dysfunction, and heart disease among other things.

Also, the herbal plant is tolerated by the majority of people. 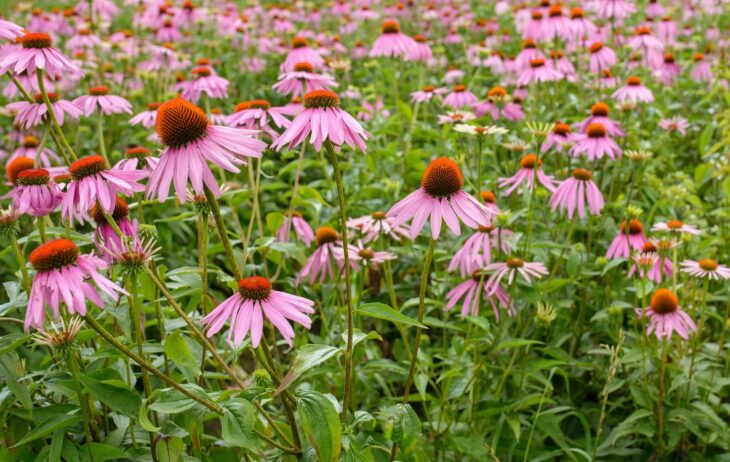 Also known as coneflower, Echinacea is a flowering plant as well as a popular herbal plant. Native to North America, this plant has been used widely by Native Americans to treat various ailments. These include treating wounds, toothaches, burns, stomach upsets, and sore throat.

The whole of the plant is useful, with the leaves, roots, and even its petals being used medicinally. However, the roots are the strongest in terms of medicinal effects.

You can take Echinacea as a supplement or as a tea, and can also be topically applied. It is mainly used to prevent and treat common cold today. 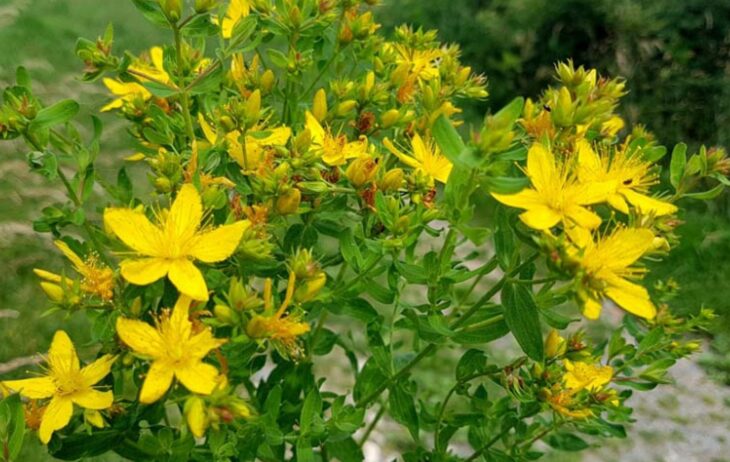 This is a herbal plant that’s usually derived from Hypericum perforatum. It has small yellow flowers that are usually used to make capsules, teas, or extracts.

The plant’s use goes back to thousands of years when it was used by ancient Greek doctors to treat a variety of issues. It is still prescribed by many doctors in some parts of Europe.

It was used to help heal wounds and also treat insomnia, various lung and kidney diseases, and depression. Today, SJW is largely prescribed for the treatment of mild to moderate depression.

Numerous studies show that using SJW on a short-term basis may just be as effective as the more expensive conventional antidepressants.

Plus, it doesn’t have any side effects when used in moderation. However, using it in more quantities can lead to dizziness, confusion, increased light sensitivity, and dry mouth. 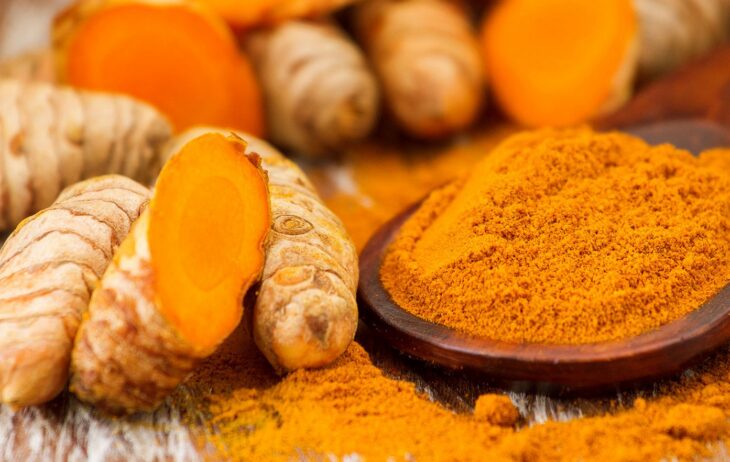 Turmeric is scientifically known as Curcuma longa and is a medicinal plant from the ginger family. It has been used for millenniums in cooking and for medicinal purposes for thousands of years and is becoming increasingly more popular due to its anti-inflammatory properties.

The main active ingredient in turmeric is Curcumin. It usually treats several conditions like pain, metabolic syndrome, chronic inflammation, and anxiety among other ailments.

Both curcumin and turmeric supplements are considered to be generally safe. However, when you take extremely high doses of the same, you can get headaches, diarrhea, and skin irritation among other side effects.

You can also use dried or fresh turmeric in dishes although the quantity you get from eating it in food doesn’t carry a big medicinal effect. Like the plants suggested in this book, this herb is largely safe and doesn’t have side effects. 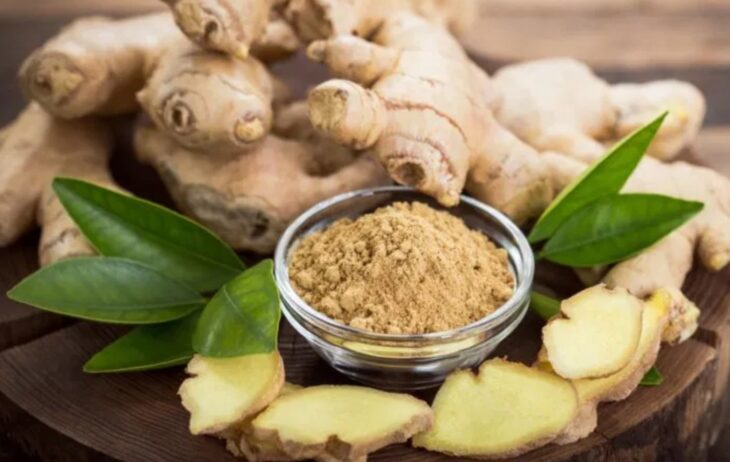 Ginger is a common household ingredient and is also widely used as a medicine. While it can be taken raw or dried, the best medicinal benefits are available in the capsule or tea form.

Ginger is similar to turmeric in that it is a stem or a rhizome that grows underground. It is packed with lots of important compounds which is why it has been sued for years to treat a variety of diseases like nausea, migraines, colds, and high blood pressure among other things.

Its modern uses include relieving nausea that comes from pregnancy, medical operations, and chemotherapy.

Further, research shows that it has other benefits in preventing dangerous diseases such as heart disease and cancer among other things. There are also studies that suggest the root might be useful in reducing blood clot formation risk.

It is extremely well-tolerated with very rare side effects. However, large doses may be associated with mild instances of diarrhea or heartburn.

Before the advent of modern medicine, our great-grandparents used to treat themselves pretty well by using herbs and other plant extracts. But today, most people seek quick solutions in prescription drugs and other treatment methods. While these work to some extent, the problem is that they also come with dangerous side effects. This is because they are made of chemicals that slowly degenerate your health.

Part of the reason people don’t use traditional medications is because of the more urbane nature we live these days. This makes it impossible to find these plants. Also, most people don’t know the names of these plants.

But the good news is that there are books that contain a list of these plants as well as what they treat. This book is one example of such a book, and it shows you not only the names of the plants but also pictures to easily identify them.

How to Choose the Right Jewelry Online Without Fail

6 Foods that Help with Pain and Inflammation