Prince Harry and Meghan Markle Are Frightened for the Future After the Exit?

The most famous couple, Prince Harry and Meghan, are apparently scared of what the future has prepared for them. Even though they are finished with their royal duties recently, they already have fear about unpredictability.

After the Sussexes announced their exit, Queen Elizabeth held a meeting, and all the information was known to the public. Prince Harry and Meghan had to give up public funding and their HRH titles. The Queen gave the couple full support for their independent life and in the same time felt sad, according to her statement.

This afternoon, The Duke and Duchess of Sussex attended the annual Commonwealth Service at Westminster Abbey on Commonwealth Day, alongside Her Majesty The Queen and Members of The Royal Family. The Commonwealth is a global network of 54 countries, working in collaboration towards shared economic, environmental, social and democratic goals, and the Service today seeks to highlight the vast community which spans every geographical region, religion and culture, embracing diversity amongst its population of 2.4 billion people, of which 60 percent are under 30 years old. As President and Vice-President of the @Queens_Commonwealth_Trust, The Duke and Duchess of Sussex have been passionate advocates of the Commonwealth having spent many years working closely with the next generation of Commonwealth leaders. The theme of the Commonwealth for 2020 is ‘Delivering A Common Future: Connecting, Innovating, Transforming', placing emphasis on youth, the environment, trade, governance, and ICT (Information and Communications Technology) and innovation. From working to protect the earth's natural resources and preserving the planet for generations to come, to championing fair trade and empowering the youth of today to transform the communities of tomorrow, the Service celebrates the Commonwealth's continued commitment to delivering a peaceful, prosperous and more sustainable future for all. Photo © PA

Even though the royal couple will enjoy their future far from the pressure of the public eye, they still have some doubts. Omid Scobie, the royal expert,  thinks that one of the hardest things was to say goodbye from their staff.

As Scobie explained, their staff were important for them, and leaving them behind was a hard thing to do. “The emotions were heightened, and there were tears, there were hugs. I think for Meghan she really appreciates the work that this very small team, that has become like a family to the couple, have done for them.” – said Omid Scobie.

The royal expert also added that Harry and Meghan had full support from their staff as they helped them with tabloids and engagements. The Sussexes had to leave them, and that scared them as they have to continue their lives without such fantastic support. 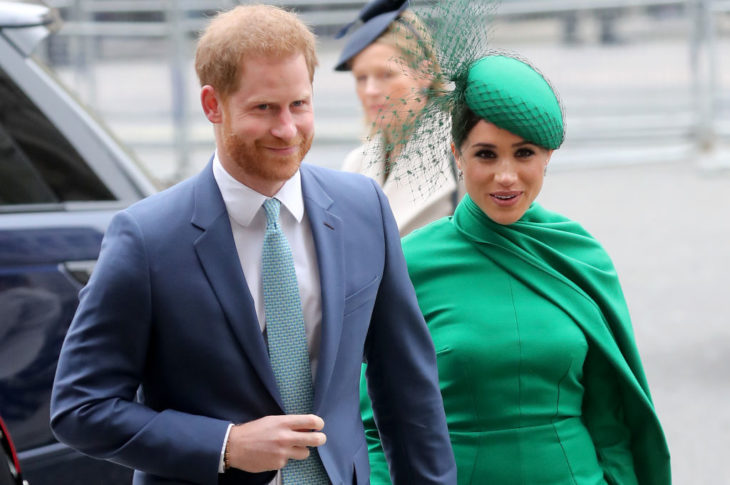 Scobie also added that Harry and Meghan made a lot of sacrifices with their exit. The most significant sacrifice for the Prince was to leave the military titles.

At the Goring Hotel, the controversial couple held a lunch, and according to the Scobie, the emotions were mixed. Meghan’s eyes were full of tears as she said goodbye from one of the closest assistants. However, even the Sussexes faced some heartbreaking moment they still have a bright future, which will bring them a life they wanted.

From Reviews to Lifehacks: 7 Ideas for Student...