The new photos of Prince William, his wife Kate Middleton, and their three adorable little children playing in a garden looked like a lovely family time together. The fans were very happy to see that the family enjoyed this beautiful space, as Prince Louis was walking and Prince George and Princess Charlotte were exploring. However, they broke one rule by doing this. 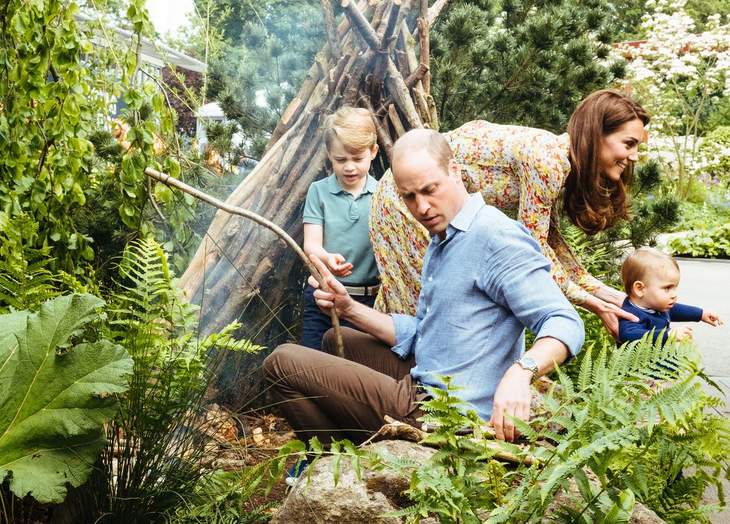 Kate Middleton brought the design of her garden to life for the annual Chelsea Flower Show, and landscape architects Andrée Davies and Adam White helped her do it. Some elements of the garden were explained in the caption on the Kensington Palace Instagram family photos.

Some of the highlight pieces are a swing seat, a tree house, and “incredible edibles, plants for craft activities, forest scents and a diverse range of plants, shrubs and trees of different heights and textures.”

The royal family had a special look 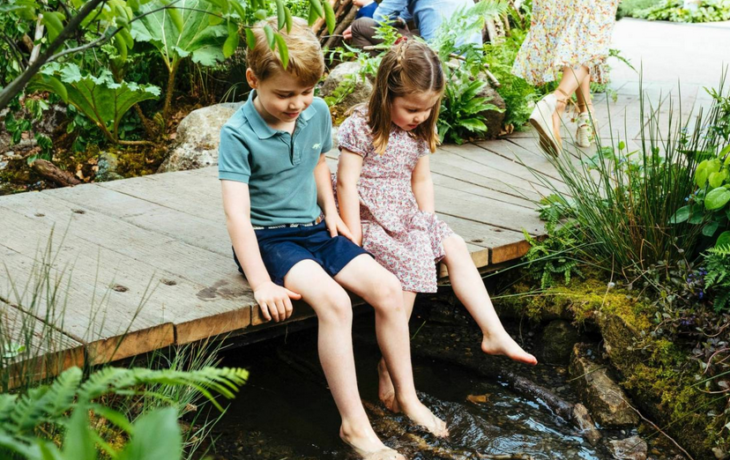 The whole family had a special private visit to the RHS Back to Nature Garden, and photos from this family adventure were posted to the Instagram account, so the royal fans were more than delighted to see the happy children play in this immersive outdoor space. There is also a video that captured the kids in action while they were running about and checking out every corner of this amazing garden.

Princess Charlotte is seen hoping on a knotted tree swing, Prince George is checking the items to make a campfire, and Prince William can be seen sharing a lovely moment with young Prince Louis, as he is giving him a soft push on the swing. George scrambled up rocks and took a closer look at a waterfall while Louis toddled about, stable on his little feet.

Kate Middleton took time to explain the concept of her garden, which is basically to encourage active outdoor play. She stated the following:

“90% of our adult brains are developed before the age of 5 and what a child experiences in those really early years directly affects how the brain develops. That’s why I think it’s so important, whether we’re parents or carers or family members, really engage in quality time with children and babies from a really young age. I really feel that nature and being interactive outdoors has huge benefits on our physical and mental wellbeing, particularly for young kiddies. The #RHSChelsea Back to Nature Garden is a natural, creative place for them to play.”

She hopes that this marvelous outdoor space “really inspires families, kids and communities to get outside, enjoy nature and the outdoors and spend quality time together.” 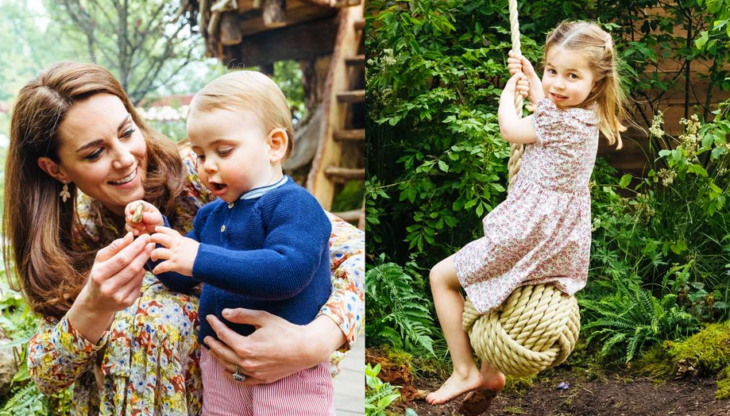 Because Kate Middleton had child play and development in mind when she decided to design the garden, it her kids would of course get to give the space a look as soon as it would be completed.This is where the happy family broke a rule. The rules of Chelsea Flower Show state that children under five are not allowed inside. Their website information reads:  “We regret that we cannot allow under 5s, prams, pushchairs or babes in arms at Chelsea and over 5s pay full price.” Although Prince George is 5 now, his two siblings Charlotte and Louis are 4 and 1. 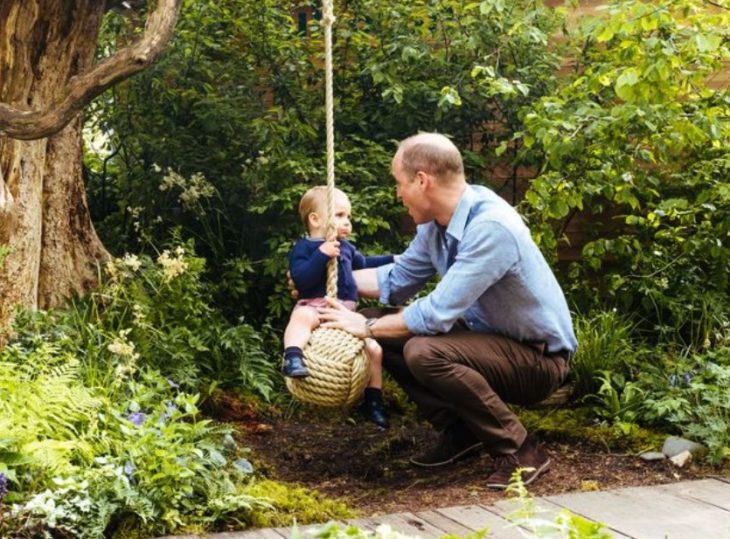 One political commentator Jane Merrick Tweeted: “Lovely pictures of infant royals at Chelsea Flower Show — I love Chelsea but you wouldn’t see any other under-fives there, because they’re banned. Wish the RHS would change this policy. And children over the age of 5 are charged full adult price. The RHS should make Chelsea more child-friendly to all kids, not just those in line to the throne.”

“They also privately attended the day before the show opened. To see the work their mother had done. The children also helped collect sticks, moss, and stones from their Amner Hall Home that were placed in the design.”

The benefits of a low-carb Mediterranean diet

How to Optimise Your Kid’s Online Learning Experience