Queensland is arguably Australia’s premier vacation state, offering numerous idyllic holiday destinations dotted along the coastline (all 6,900+ km of it!) from Coolangatta in the South right up to Cape York Peninsula at the top of the country. The state is Australia’s second largest (behind Western Australia), with two thirds of Queensland laying above the Tropic of Capricorn.  If you want to explore Queensland you are going to need a car, so if you have arrived by air we would recommend picking up a cheap rental car from Alpha Car Hire just off the airport.

Queensland’s history dates back to the days of Captain Cook, where he and his crew were some the first Europeans to officially visit the state (albeit unplanned) after running aground on a reef near Cape Tribulation in 1770. However, European settlement of the state began relatively late compared to other states – a convict station was built near Moreton Bay (near Brisbane) in 1824 to cater for some of the most difficult prisoners from some of the Southern convict settlements. After some resistance from the local Aboriginal tribes, the original settlement was abandoned and relocated to where Brisbane is currently stands. 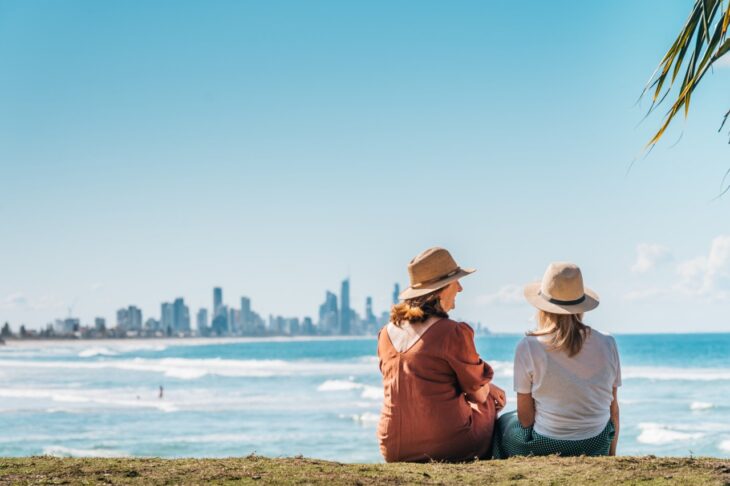 Today, Queensland sits on top of Australia’s tourism bandwagon. Primarily known as the “Sunshine State”, Queensland boasts an absolute plethora of holiday & vacation destinations, from Surfers Paradise and the Gold Coast in the South, through to other famous locations such as the Sunshine Coast (Mooloolaba, Maroochydore, Noosa & Beerwah – famous for Steve Irwin’s “Australia Zoo”), the Fraser Coast (Hervey Bay, Fraser Island), Bundaberg (traditionally a Sugar Cane area, most famous in recent years for Bundaberg Rum their “Bundy Bear” commercials), the Capricorn Coast (Rockhampton and Yeppoon), the Whitsundays (Mackay, Proserpine and the 74 Whitsunday Islands including Hamilton, Daydream South Molle and Hayman Island to name a few), through to Townsville, Mission Beach, Cairns, Port Douglas, The Daintree, Cape Tribulation, Cooktown right up to the Cape York Peninsula and Weipa.

And then you have the Great Barrier Reef – stretching for thousands of kilometres from near Bundaberg (Lady Elliot Island) in the South right up through to the Whitsundays, Cairns, Port Douglas and Far North Queensland through to the Northern most tip of Queensland (and Australia for that matter). Abundant with natural tropical beauty, the Great Barrier Reef is teeming with over 2,000 species of fish, turtles, dugongs and extensive coral atolls and gardens protected by a World Heritage listing. And, of course, you are sure to find Nemo.

However, Queensland is more than just beaches and reef. There’s the rainforests of the Daintree and Far North Queensland. The sub tropical delights of the Gold Coast hinterland. The outback of Longreach, Winton, or the stark landscapes of Chillagoe or the Undara Lava Tubes. It seems that no matter where you go in Queensland, there is always a discovery to be made. A thousand destinations, a thousand experiences. I think that is what makes the state so special. 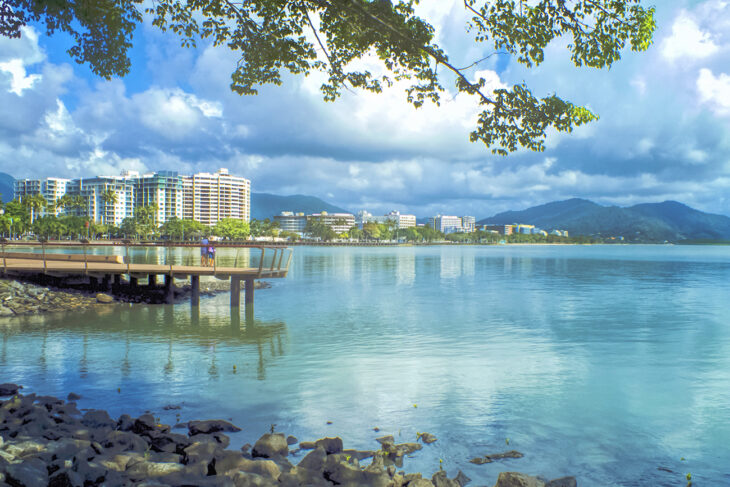 The northern city of Cairns is the far north coast “Capital” famous for it’s prime position, situated on the Great Barrier Reef. The City attracts people not solely because of the reef but also due to it’s wide choice of activities, bars and nightclubs, and laid back attitude.

If you don’t like the idea of spending a day at sea in a glass bottomed boat or swimming with the fish, you should visit the Undersea World Aquarium and get a glimpse of the eighth natural wonder of the world. There are also a number of art galleries, cafes and restaurants to while away your days. All of this makes Cairns popular with everyone, from experienced divers to backpackers.

The Town of Port Douglas is about 50kms north of Cairns. Only since the 1980’s have tourists been travelling that bit further north to experience a quieter pace than it’s southern neighbour. From June through to September, the recluse country town image is shrugged off and tourism takes over.

As well as the seemingly endless coastline being one of the main attractions, Port Douglas is an ideal base from which to explore the Daintree National Park. Take a spectacular river cruise through the rainforest habitat filled with parrots, fruit bats and crocodiles. There is also an opportunity to explore the Great Barrier Reef without the hustle and bustle of other tourists. With so much to offer and away from the crowds, Port Douglas shouldn’t be missed. 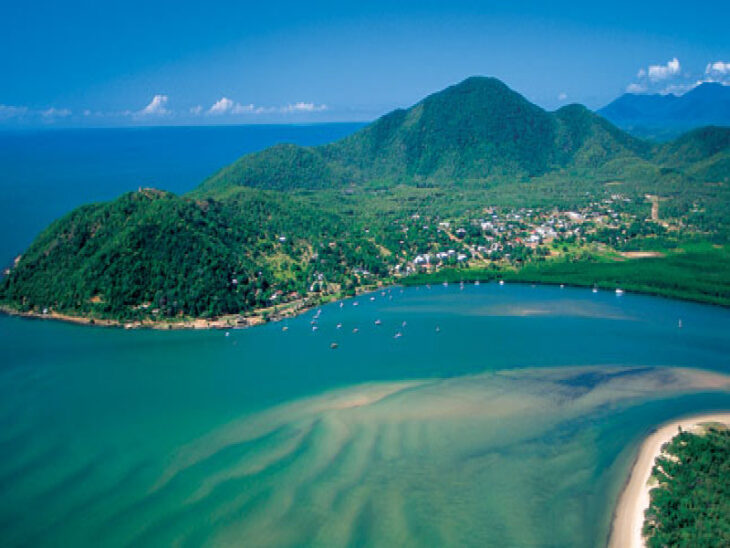 Cooktown can be found further north of Port Douglas and is the gateway to Cape York Peninsula. A town steeped in history since the arrival of Captain Cook in 1770 and then a gold rush in the late 1800’s.There is now commemorative wharf symbolising the place where Captain Cook grounded the Endeavour and every year in June the event is re-enacted during the Discovery Weekend Festival. Other features of the town include the beautiful Botanic Gardens restored just 20 years ago.

The prosperous town of Innisfail lies due south of Cairns at the junction of the North and South Johnstone rivers. Tourist attractions aren’t as abundant as further north, but the town does offer some fantastic architectural sites as well as it’s all year round casual labour market. Innisfail attracts many backpackers with the ambition to help in the harvesting of tropical and rare fruit, as well as sugar cane and bananas all of which are grown in the area. It is a naturally attractive place, with several parks and picnic areas.

Although the City Centre is Brisbane’s commercial and retail heart, it retains the holiday feel which can be found throughout the State with it’s wide open spaces lined with huge Moreton Bay fig trees and pulsing outdoor activity. Attractive historic buildings and churches are dotted among more than 500 shops and department stores as well as many cinemas, theatres, nightspots, and restaurants. Queen Street Mall would make a good place to begin an exploration. Within walking distance at the southern end of the city centre, the picturesque Botanical Gardens are bordered by a loop of Brisbane River and are popular with skaters, joggers, and picnickers. On the other side of the river via the Victoria Bridge, South Brisbane is home to an impressive cultural complex which contains the Queensland Art Gallery and the Queensland Museum which includes a dinosaur garden. Just to the south of the complex, are Brisbane’s South Bank Gardens, the revitalised ex-Expo 88 site. Now a vast landscaped grassy park complete with swimming lagoon, restaurants, cafes, outdoor theatres, wildlife sanctuary, weekend markets and pub.

Also on the other side of the river, but via the Story Bridge is Kangaroo Point, unmistakable for the spectacular cliffs which create the point itself. The upmarket suburb has some nice restaurants and cafes and is well known for it’s jazz and rock music venues.

Spring Hill, just north of the CBD, borders on Victoria and Albert Park and has some good budget accommodation.

Lightening Versus Whitening: What’s the Difference on the Skin?

Think You Know London? Here Are 8 Facts That Might Surprise You